Niki Lauda, one of the sport’s greatest heroes as well as the Mercedes team’s non-executive chairman and shareholder, died on Monday in hospital in Zurich at the age of 70. 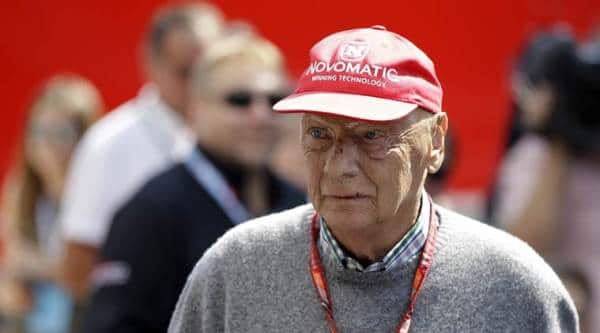 Mercedes team boss Toto Wolff said the death of triple world champion Niki Lauda had stripped Formula One of its heart and soul, leaving him feeling ‘like a zombie’ and struggling to contain his emotions.

Speaking to reporters in the champions’ harbourside hospitality at the Monaco Grand Prix on Thursday, Wolff paid tribute to his fellow Austrian and gave an insight into the team’s state of mind ahead of one of the most watched races of the year.

“It’s not an easy situation to try to go back to racing, especially not in Monaco with so much media attention in front of all of you, trying to keep it together emotionally in speaking about a friend.”

Lauda, one of the sport’s greatest heroes as well as the Mercedes team’s non-executive chairman and shareholder, died on Monday in hospital in Zurich at the age of 70.

Wolff said Formula One had been stripped of ‘its biggest icon’ and he had lost a friend and sparring partner. “It’s so difficult for me to try to talk about Niki the icon of Formula One, that he was. I think the biggest icon that we had. Because my emotions are so overwhelming as a friend,” said the Austrian, whose first wife was also Lauda’s cousin.

“The last 48 hours were terrible, I feel like a zombie. I keep looking at the pictures and find myself with tears in the eyes every half an hour because he’s not there any more,” added Wolff.

The team’s five times world champion Lewis Hamilton was excused media duties on Wednesday and Wolff said the Briton and Lauda had a special bond as multiple world champions.

Lauda also played a key role in bringing Hamilton to Mercedes from McLaren in 2013.

“The overarching feeling is just sadness within the team and that is valid for Lewis and others that were friends to him,” said Wolff.

“We both got the message (of Lauda’s death) at the same time and spoke to each other right after.

“Everyone will have his own personal way of mourning and feeling the sadness, but Niki would want us to concentrate on the race weekend and deliver on Saturday and deliver on Sunday.”

Mercedes have won the first five races of the season in one-two formation, with Hamilton leading the championship, and are favourites for a sixth success on Sunday.