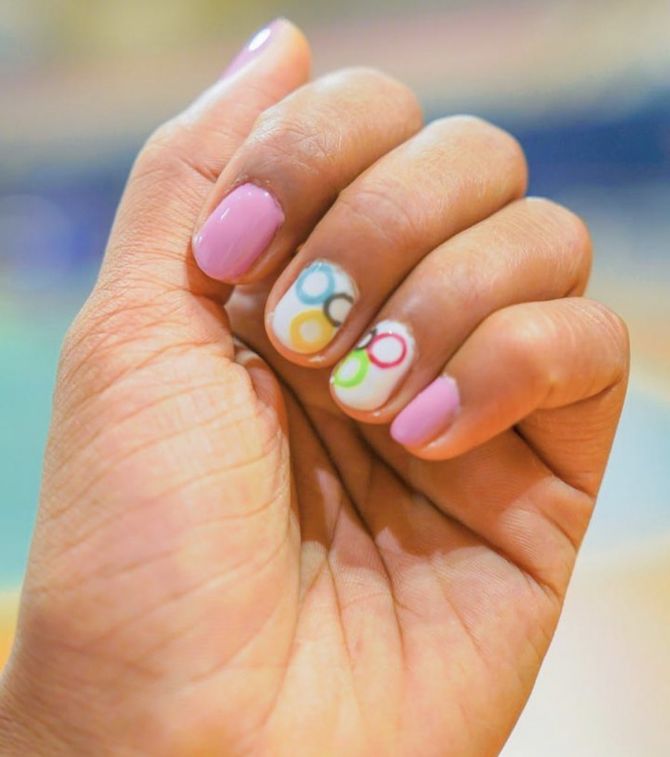 India’s star shuttler and biggest medal hope, PV Sindhu has given her preparations for the Tokyo Olympics an artistic touch.

The reigning world champion shared a photo of her nail art on social media.

Sindhu has painted an Olympic ring on her nails in the lead up to the Games. In the photo, the Olympic rings can be seen completed on her middle finger and ring finger.