Croatia bombarded the Russian goal throughout the game in search of the win the 2018 runners-up needed to secure the automatic qualifying spot in Group H and consign Russia to the playoffs. 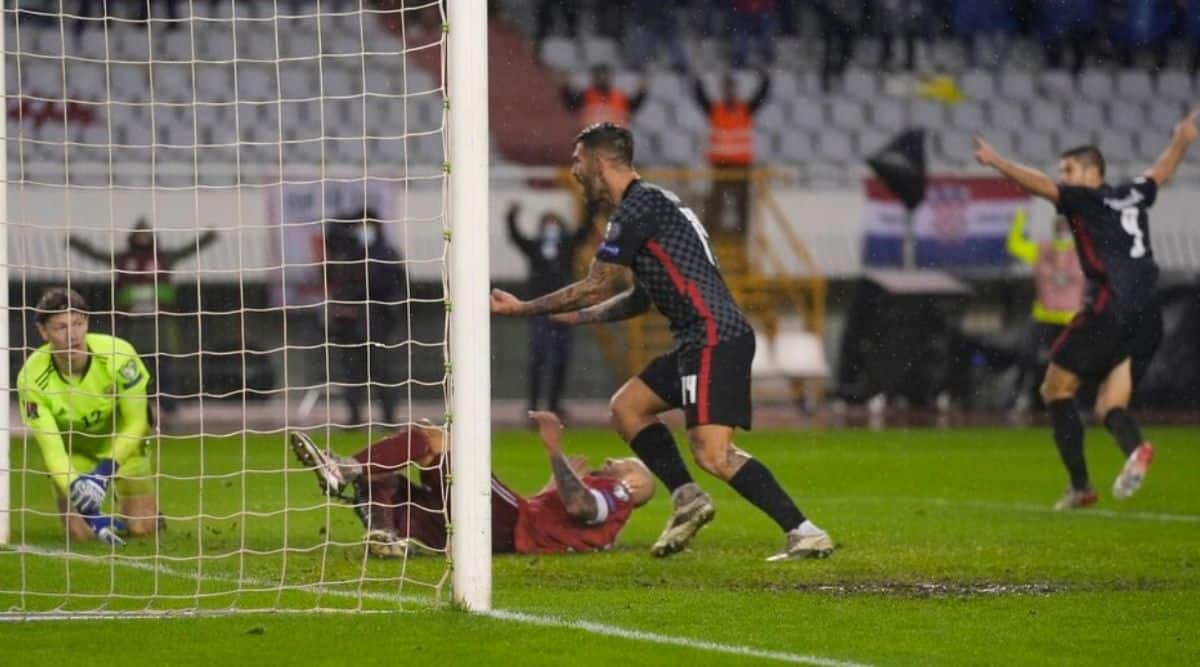 A late own-goal sent Croatia to next year’s World Cup on Sunday in a 1-0 win over Russia.

Croatia bombarded the Russian goal throughout the game — with little success — in search of the win the 2018 runners-up needed to secure the automatic qualifying spot in Group H and consign Russia to the playoffs.

When the breakthrough came in the 81st minute it was from an unexpected source. Croatia’s Borna Sosa hit a cross too deep, evading his teammates, but Russian defender Fedor Kudriashov directed the ball into his own net as he tried to control it.

Under heavy rain in front of a vocal home crowd, Croatia started out hoping to play a slick passing game focused on talismanic midfielder Luka Modric. By halftime, the increasingly waterlogged pitch made that impossible and turned the game into a succession of crosses, speculative long shots and wild sliding tackles.

Croatia’s finishing was patchy, with shots frequently off target, though Russian goalkeeper Matvey Safonov was sharp when called upon to push away a curling shot from Marcelo Brozovic in the first half.

Russia would have qualified with a draw, and had little ambition other than to survive the 90 minutes. The Russians didn’t record a shot of any kind until the 74th, and Croatian goalkeeper Ivo Grbic didn’t have to make a save. Even after Kudriashov’s own-goal changed the game, the closest Russia came to scoring was a long-range effort over the bar from defender Vyacheslav Karavaev. The loss was the first for new Russia coach Valery Karpin in his first seven games in charge.