Sidhartha will feature in 10m air rifle on Wednesday morning as well as his pet event, the 50m rifle prone, which is scheduled to be held on Sunday. 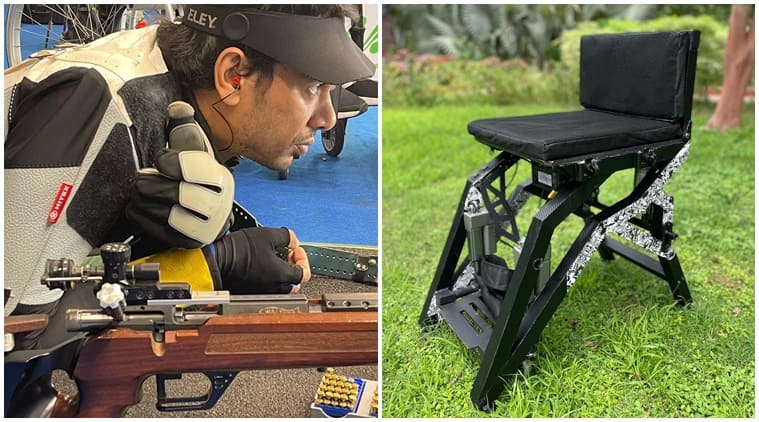 Sidhartha Babu, the only Paralympian from Kerala to represent India in Tokyo 2020, is yet to fire a single shot. “It’s crazy but a friend shared the photos of the posters congratulating me along with Neeraj, Sreejesh, Sindhu who are all Olympic medal winners and other athletes who represented India and performed well in the Tokyo Games,” Sidhartha told indianexpress.com.

“Now the onus is on me and I hope to realise my dream of winning an Olympic medal in one of the shooting events (10m air and 50m prone) I compete in.”

One of his events, the 10m air rifle, begins on Wednesday while his pet event, the 50m rifle prone, is scheduled to be held on Sunday.

During the first lockdown of the Covid-19 pandemic, Sidhartha sat at home in Thiruvananthapuram, pondering his next move, as shooting ranges were converted to medical centres. He used to train in Bengaluru before the pandemic struck.

Once the lockdown was lifted, he shifted his base to Vithura, a high range 30km from the state capital, where he set up a temporary range. “Yes, it is a quiet place and far away from the madding crowd,” he said while briefing how he set up a range with ‘a personal target and simulator’ for training for Tokyo Paralympics.

“At Vithura, I returned to the basics and tuned myself. National coach Manoj Kumar visited me (at the temporary range) whenever possible.”

During training, Sidhartha, who became paraplegic following a motorcycle accident in 2002, customised his shooting chair to be used for 50m rifle prone event. To compete in the 10m air rifle event he designed ‘some parts to reduce the vibrations in the equipment to be used during 10m air rifle event,’ he said.

“My favourite is 50m rifle prone as I started in the event and all my achievements too came from the prone event,” reminded Sidhartha, who won the bronze medal in 2021 World Cup, a team bronze medal in 2017 Thailand World Cup and three-time national record holder.

“Al Ain was a test event for me to test the chair and the rifles,” he added. Sidharth booked the Tokyo Paralympic tickets with sixth place in the 2019 Sydney World Cup. Sergi Martynov of Belarus, the 2012 London Games champion, who won the first Olympic gold for his country with a 13-year-old rifle, had coached the Kerala shooter for a month in 2019. He had plans to train with Martynov again and later wanted a week’s training at Asaka Shooting Range in Tokyo for acclimatising but Covid-19 forced restrictions prevented all plans.

He instead trained at his ‘personal range’ in nondescript Vithura.