Athletic legend Pilavullakandi Thekkeparambil Usha took the oath as a member of the Rajya Sabha in Hindi on Wednesday.

Usha, who missed an Olympic medal by 1/100th of a second at the 1984 Olympics in Los Angeles, was nominated to the Upper House on July 6, days after she turned 58 on June 27.

The Payyoli Express won four Asian Games gold medals and set and broke many national and Asian records during her glorious career. 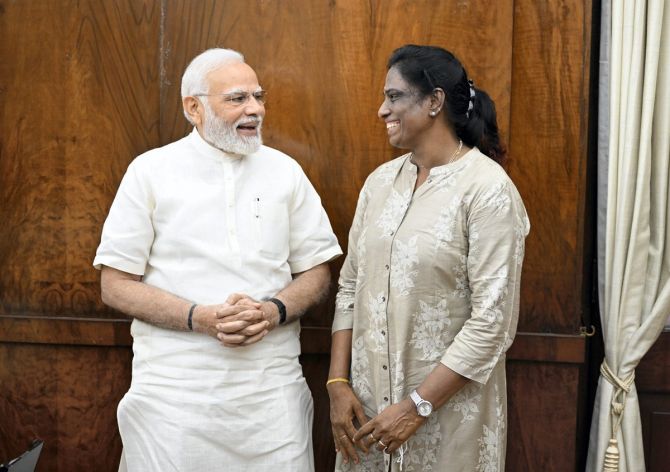 Post-retirement, she started the Usha School of Athletics, which offers world-class facilities to talented youngsters.