Images from Day 4 in the second Test between England and India, at Lord’s, on Sunday.

Mark Wood struck twice in two overs and Sam Curran claimed the prized wicket of India captain Virat Kohli to put England in the box seat on Day 4 of the second Test, at Lord’s, on Sunday.

India lost both their in-form openers to Wood by the time they erased their 27-run deficit and were reeling at 56-3 at lunch, with a massive rebuilding job ahead of them.

Cheteshwar Pujara was batting on 3 at the break, having needed 35 balls to get off the mark.

Ajinkya Rahane was on 1 and there possibly cannot be a better time for the India vice-captain to rediscover his form. 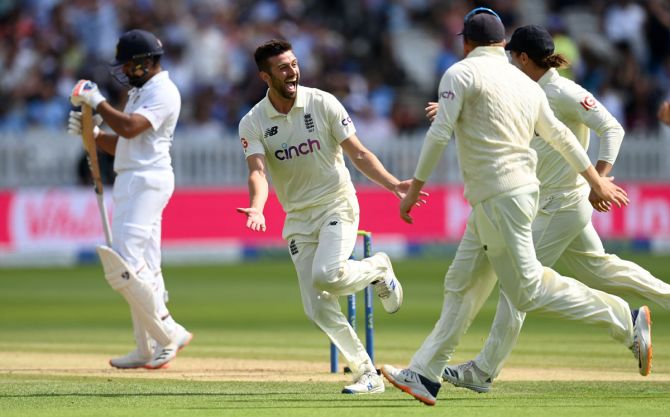 Rahul, who scored 84, 26 and 129 in his last three innings, edged the express delivery and was caught behind.

Wood’s next over turned out to be an eventful one that ended with Rohit Sharma being dismissed for 21. 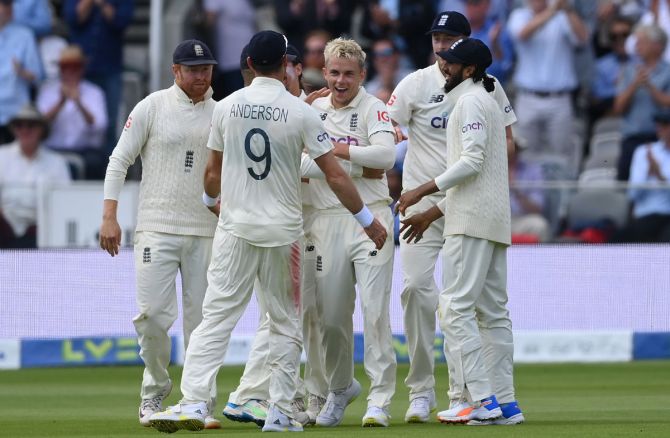 Rohit dragged a chest-high ball from outside the off-stump and pulled it for an audacious six, but Wood had the last laugh in this duel.

The last ball of that over was a similar one and this time Rohit could not middle the ball and Moeen Ali took a tumbling catch at deep square leg.

His team needed Kohli to lead by example, just like his opposite number Joe Root, whose unbeaten 180 was the bedrock of England’s first innings total of 391.

India’s captain played a couple of gorgeous drives but Curran angled one away and Kohli could only guide it to Jos Buttler behind the stumps and depart for 20 with his team in disarray.