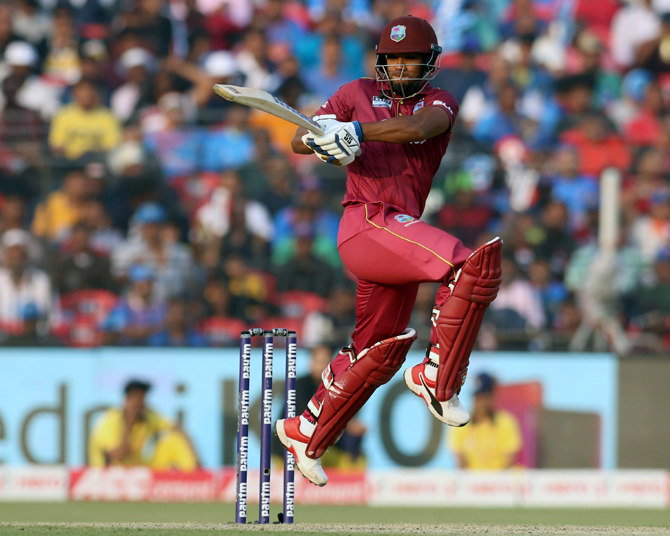 Skipper Kieron Pollard saved his best for the last along with a savage Nicholas Pooran as West Indies posted a commendable 315 for 5 against India in the third and final ODI in Cuttack on Sunday.

The Windies left it late with Nicholas Pooran (89) and skipper Kieron Pollard (74 not out off 51 balls) taking the Indian attack into smithereens, stitching together a stand of 135 run from 98 balls.

The Indian bowling attack that looked steady during the first 40 overs, knocked 118 in the last 10 overs to get past 300-run target.

The Windies skipper smashed seven sixes and three fours en route to his unbeaten knock while Pooran stepped it up, hitting three sixes and 10 fours in his knock from 64 balls.

Drafted into the side in place of injured Deepak Chahar, the lanky 27-year-old from Delhi grabbed his maiden ODI wicket when he dismissed the in-form Shimron Hetmyer (37), who looked desperate to break free after the Windies were tied down to less than four runs an over midway into their innings.

Coming into the side on the back of a five-for in the Ranji Trophy, Saini impressed with his pace and bounce as he also cleaned up Roston Chase (38) with a yorker for his second wicket in successive overs in a fine second spell of 3-0-10-2.

In fact, Saini would have taken another had Ravindra Jadeja not dropped a diving catch of Evin Lewis in the point when the left-handed opener was on 14. Promoted ahead of Hetmyer in a surprise decision, Chase was middling the ball and looked to anchor the Windies innings but those two dismissals pegged the visitors back as they looked to recover from a sedate start.

Saini finished with 2 for 58 faltering at the death, while his senior partner Mohammed Shami took the prized-scalp of Shai Hope, eight runs short of a third successive fifty-plus score, en route to his 1/66 which included two maiden overs.

With scores of 102 not out, 78, and 42 in the ongoing series, Hope finished the year with 1345 runs but only to miss out by four runs from breaking Brian Lara’s record of accumulating the most ODI runs by a Windies player in a calendar year. 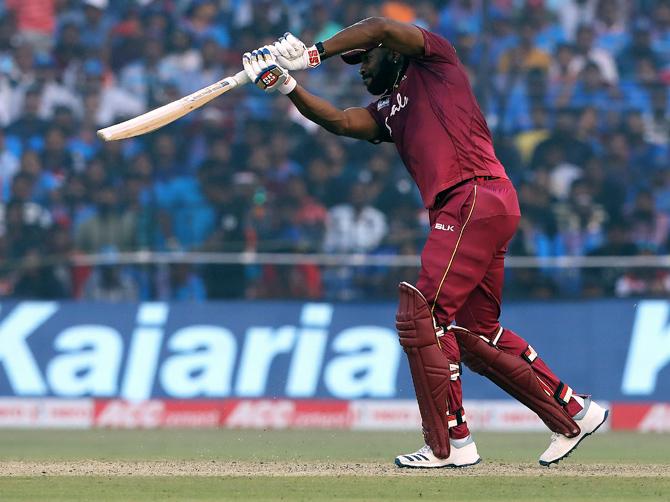 In pursuit of a 10th successive ODI bilateral win against the Windies, Indian skipper Virat Kohli had everything going in favour of him right from the toss as he pressed the visitors in keeping in mind of the dew-laden conditions.

Shardul Thakur (1/66) and Kuldeep Yadav (0/67) were taken to cleaners by Pollard-Pooran duo during the back end of the innings, to provide that much-needed momentum.

In fact, the left-arm chinaman missed his 100th ODI wicket after Rishabh Pant dropped Chase on duck, as the youngster’s wicket-keeping once again proved to be an eyesore. 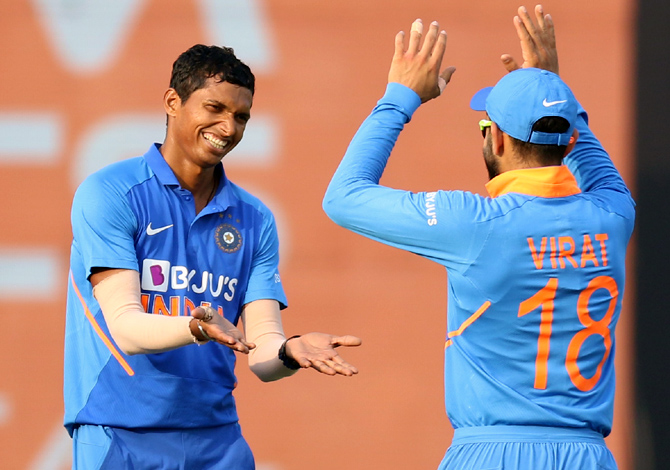 Early on, it was a complete un-Windies like show from the visitors and it took them 41 overs to reach the 200-mark, even as they had enough wickets in hand on a flat batting deck.

It was more about Indian execution and what seemed a flawed planning from their counterparts who chose to hold back an in-form Hetmyer, bolstered by his million-dollar deal from Delhi Capitals in the IPL 2020.