Images from the fifth Twenty20 International between India and England, in Ahmedabad, on Saturday.

Rohit Sharma and Virat Kohli went on a run-riot to power India to a massive 224 for 2, their best ever total against England, in the winner-takes-all fifth Twenty20 International, in Ahmedabad, on Saturday.

Having lost the toss for the fourth time in the series, India were predictably put in to bat by Eoin Morgan, but the pair of Rohit and Kohli, who opened the innings, blazed away, scoring 64 and an unbeaten 80 respectively as England went on a leather hunt. 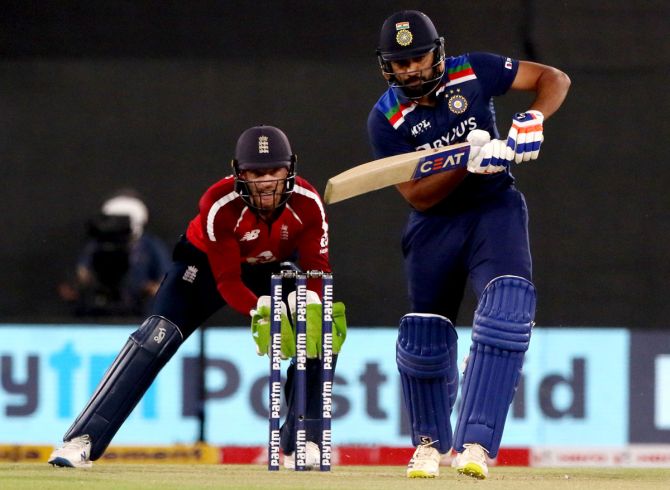 Jofra Archer and Mark Wood had troubled the Indians with their extra pace in earlier matches, but on Saturday Rohit and Kohli sent them to the cleaners during their 94-run stand.

The other major contributions for India came from Suryakumar Yadav (32 off 17 balls) and Hardik Pandya (39 not out off 17 balls). 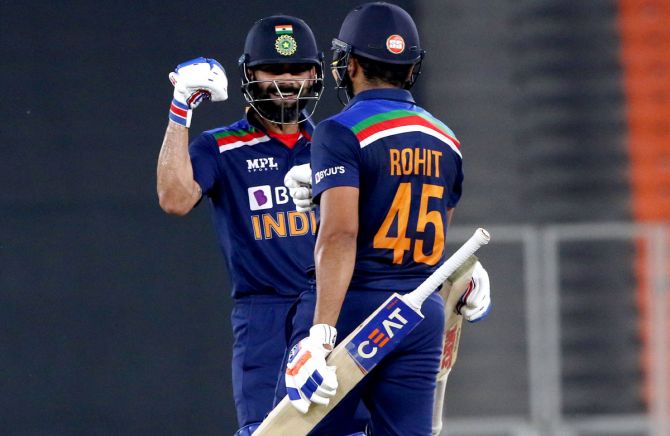 Barring Ben Stokes and Adil Rashid, all the England bowlers leaked more than 10 runs per over, with Chris Jordan (0/57) being the most expensive.

India went in with an extra bowling option in left-arm pacer Natarajan, who shared the pace burden with Bhuvneshwar Kumar, Shardul Thakur and Hardik Pandya England opened the bowling with leg-spinner Rashid, while India’s two best batsmen — Rohit and Kohli — opened the batting for India.

And, as expected, the pair gave India the perfect start, making most of the Powerplay to race to 60 without loss in six overs. 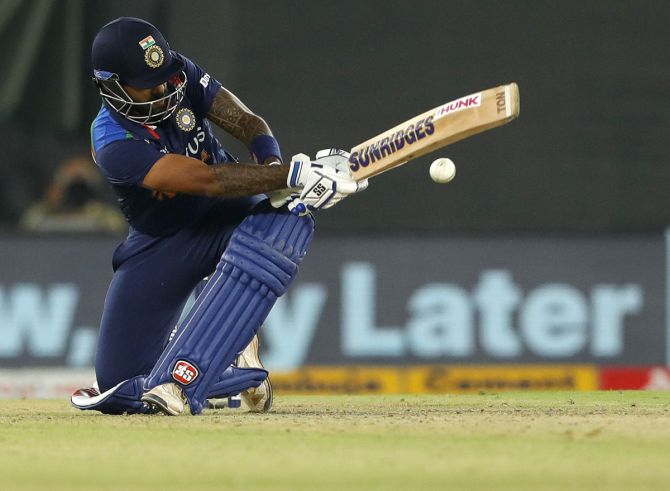 India were going at over 10 per over, putting up 81 for no loss in eight overs.

Rohit soon brought up his fifty with a six off just 30 balls.

But Ben Stokes provided England some relief, dismissing Rohit, bowled off an inside edge, after a sensational knock of 64 off 34 balls, which included five sixes and six fours.

He gave India the perfect platform, dominating a 94-run opening stand with captain Kohli, who played second fiddle with 22 from 20 balls. 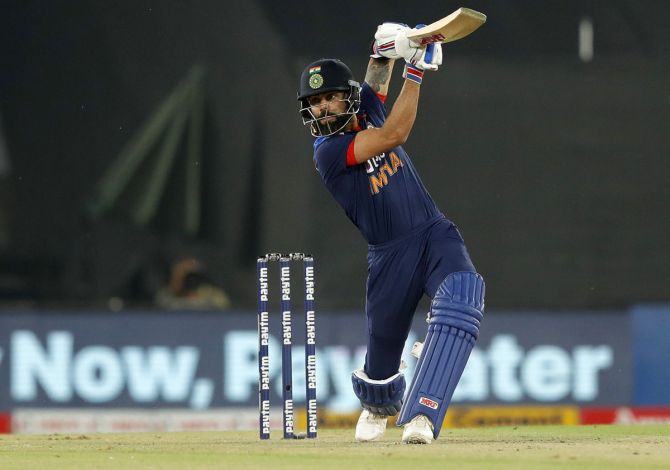 Thereafter, it was a run-riot as Kohli blazed away in the company of Suryakumar Yadav.

Adil Rashid checked the Indian assault by dismissing Suryakumar. The hero of India’s victory in the fourth T20 stroked a quickfire 32 from 17 balls before lofting Rashid down the ground only to see Chris Jordan run to his right and take a one-handed catch. 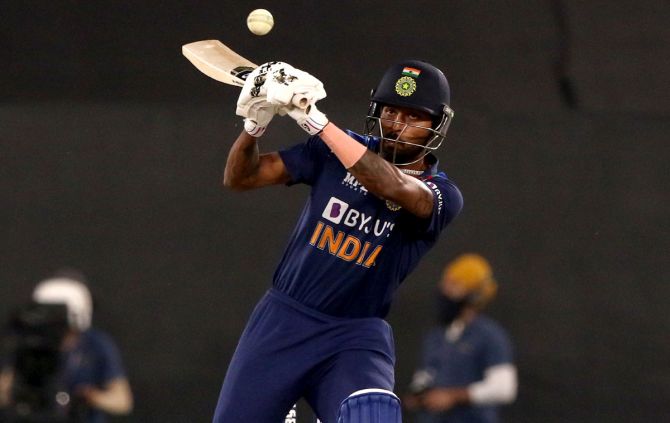 The momentum took Jordan over the rope, but he showed great presence of mind to flick the ball to Jason Roy, who completed a sensational relay catch.

New-man in Hardik Pandya also got into the thick of action, blazing away an unbeaten 39 off 17 balls, including four fours and two sixes, as India finished on a mammoth 224 for 2 in their 20 overs, scoring 67 from the last five overs.

Kohli was unbeaten on a splendid 80 from 52 balls, which included seven fours and two sixes.