The Shikhar Dhawan-led Indian team continued their preparations for the upcoming limited overs series against Sri Lanka as they played their second intra-squad match in Colombo on Wednesday.

“A good day in the field as #TeamIndia play their 2nd intra-squad game in Colombo,” BCCI tweeted. India will play a three-match ODI series against Sri Lanka, starting on July 13, followed by as many as T20Is.

Former India captain Rahul Dravid is the head coach of the team, while Bhuvneshwar Kumar is the vice-captain. 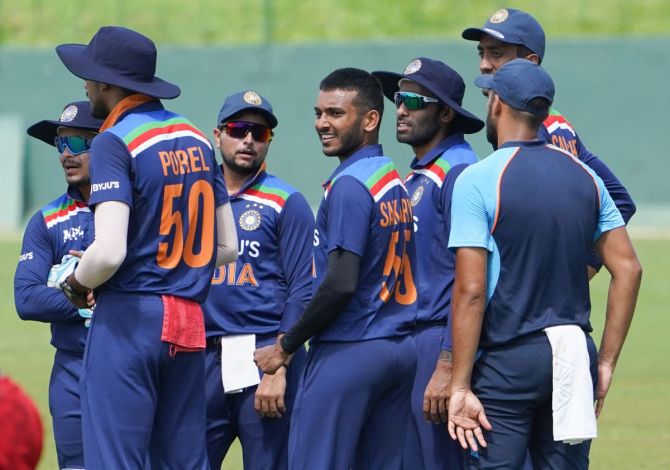