Defender Raphael Varane scored his first Premier League goal as Manchester United returned to winning ways with a comfortable 3-0 victory over Brentford on a night of potential farewells at Old Trafford.

Bruno Fernandes and Cristiano Ronaldo, the latter with a penalty, also netted on Monday, which is the last home fixture of a difficult campaign for United.

Juan Mata and Nemanja Matic were given starts by departing coach Ralf Rangnick in what is likely their final season with the club, while Edinson Cavani, who is also expected to leave, came off the bench.

United remain in sixth place with 58 points from 36 games, five behind fourth-placed Arsenal but having played two more matches.

Brentford have 40 points from 35 games and may need one more win to ensure they not dragged into a relegation fight. 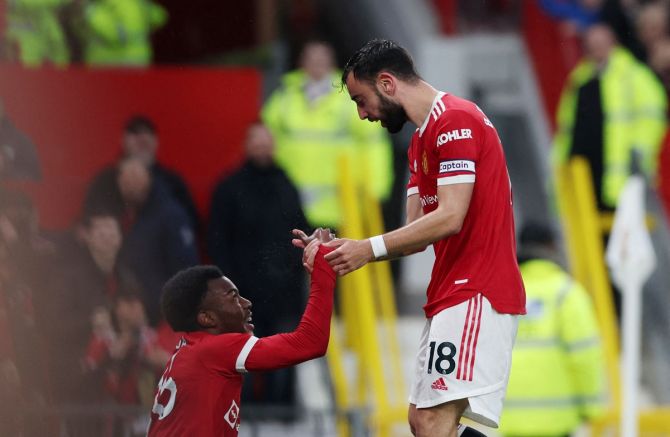 There had been talks of fans walking out of the stadium in the 73rd minute in protest of the Glazer family having owned the club for 17 years.

But there was no mass exit as the vast majority stayed to watch what was a rare commanding performance by United in recent months.

“The last game of the season at home, we wanted a good result and a good performance,” United captain Fernandes told SkySports after scoring his 50th goal for the club.

“We know our standard has not been at (the level) everyone expects and our own expectations were bigger than this.

“The club has to get back at the level it deserves. There will be a time to meet the new coach (Erik Ten Hag) and learn the way he wants to play, but first we must finish the season well.” 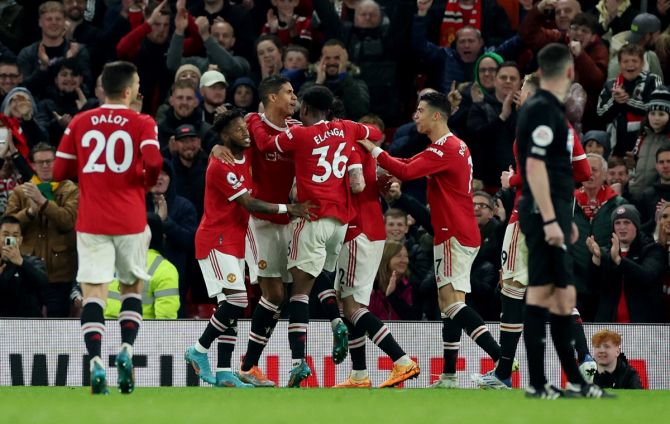 United had won only one of their previous seven games in all competitions and seen their hopes of playing Champions League football next season fade.

On Monday, however, they played with confidence and no shortage of quality from the first outset.

They opened the scoring on nine minutes with a well-worked goal as Diogo Dalot fed Anthony Elanga with a superb pass on the right and the latter’s cross was met on the volley by Fernandes.

Ronaldo won a clear penalty on the hour-mark when he was barged over in the box by Rico Henry and stepped up to convert a clinical spot-kick to settle any lingering home nerves.

Varane then scored his first goal for United as he volleyed home from an Alex Telles corner.

“We didn’t really turn up,” Brentford defender Pontus Jansson said. “We started well but gave away the first goal. We gave away too many chances and we shouldn’t have conceded a penalty, or from a corner like we did in the second half.”

Major gets it right with runtime
Lifestyle