Morocco closed out the first half with a dangerous free kick from Hakim Ziyech that resulted in a shock goal to seemingly take the 1–0 lead. However, a VAR review ruled that a Morocco player was offside as he lunged at the shot in front of Courtois.

The tempo continued for Morocco, who took the lead in the 73rd minute thanks to Abdelhamid Sabiri. Just minutes after coming into the match as a substitute, the Sampdoria midfielder swept a free kick into the area that went untouched and into the back of the net for the 1–0 lead. 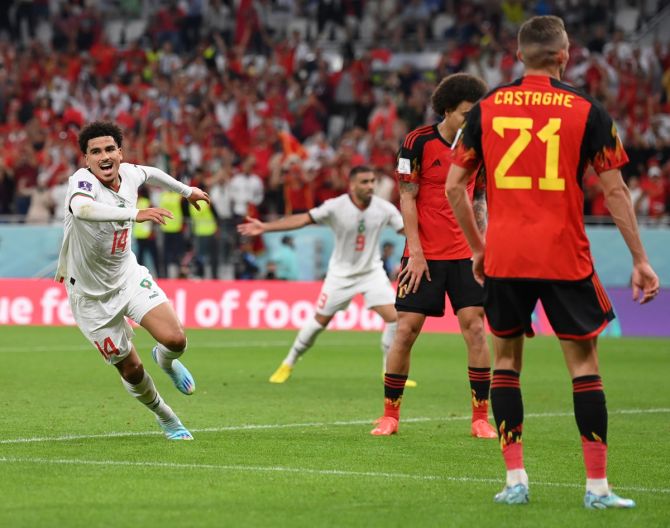 Morocco then added another stunner in the 92nd minute courtesy of another sub in Zakaria Aboukhlal.

Roberto Martinez’s Belgium side was outplayed by the African nation at the Al Thumama Stadium.