After Istanbul Basaksehir’s assistant coach Pierre Webo was allegedly racially abused by the fourth official in a match against PSG, both the teams' players walked off in protest to the incident. 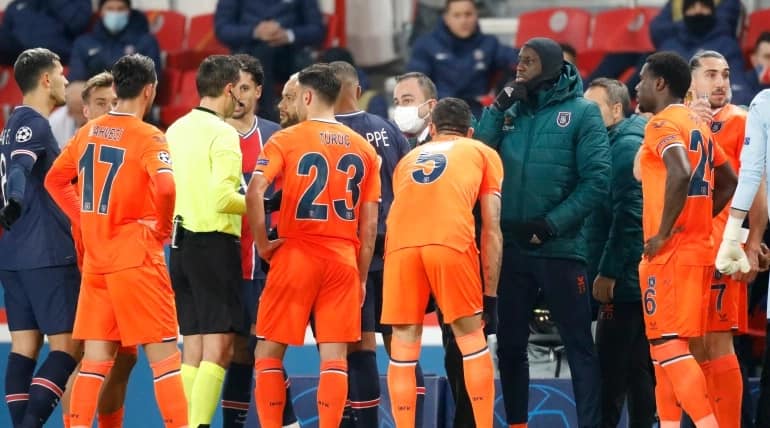 Football has had a history of players being racially abused in the middle of matches. But it is rare for all players from both teams — in this case, PSG and Istanbul Basaksehir — to leave the pitch in protest. Hence, this could be a turning point in football’s fight against racism, which is seen as one of the biggest issues plaguing the sport.

In the past, walkouts haven’t always been swift and unanimous. For instance, in February this year, Porto’s Moussa Marega was subject to racist chants emanating from the stands, prompting the player to stop playing and leave the pitch. But instead of following him into the dressing room, his teammates and coaches tried to stop him and get him to play again.

The referee for the match then showed Marega the yellow card for his refusal to stay on the pitch. Later in an Instagram post, Marega called the referee an embarrassment for not defending him and instead giving him a yellow card.

Piara Powar, executive director of the anti-discrimination Fare network, told the Associated Press, “Many players are fed up with half-measures to tackle racism and are more prepared than ever to exercise their right to stop a match.”

One of the rare instances when a match was stopped, before Tuesday, was in 2013 when the entire AC Milan side left the pitch after Kevin Prince Boateng was racially abused in a friendly against lower league club Pro Patria.

But for teams to stop playing a Champions League match in protest is unprecedented. It could jolt FIFA and UEFA into action, and force them to bring changes to their ineffective anti-racism protocols.