On his debut, Rashid Khan played a 8-run cameo with the bat and was the most economical bowler of the day with figures of 1/30 in 10 overs as Afghanistan claimed a series-levelling win. 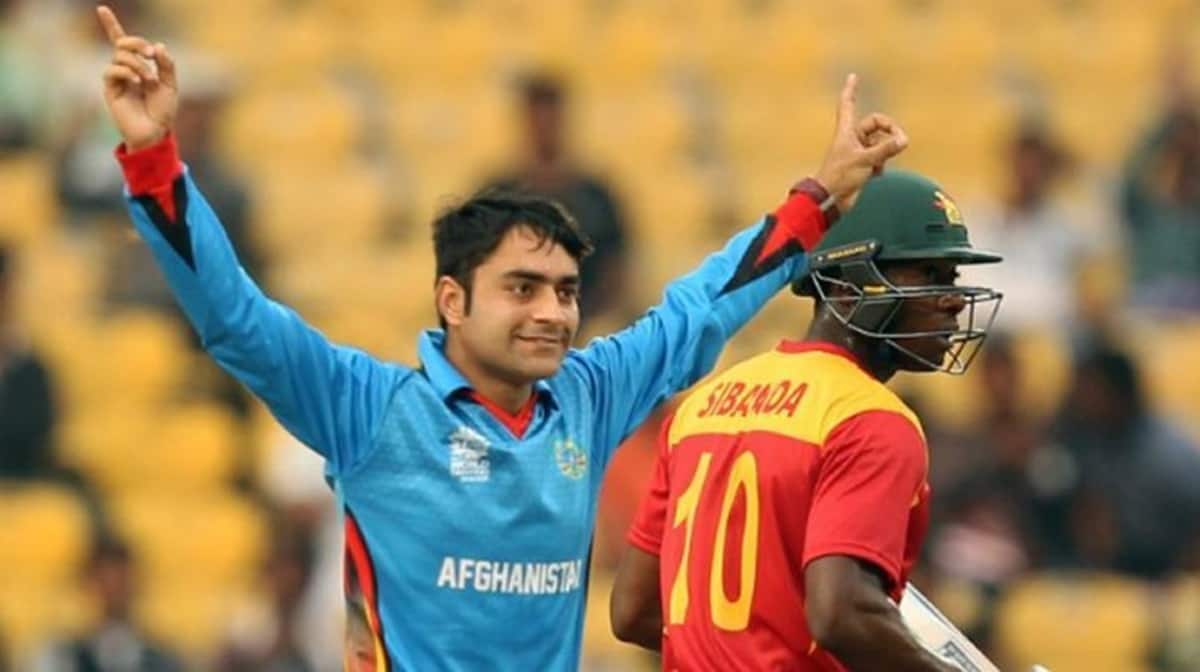 Rashid Khan said Inzamam ul Haq had selected him to play for the Afghanistan side based on only one ball he bowled to him at the nets. Inzamam, the then Afghanistan coach, had seen something special in the 17-year-old to give him his international debut on a 2015 tour of Zimbabwe.

Rashid Khan spoke about how he was inducted in the Afghanistan national set-up and sent to Zimbabwe in a recent ESPNCricinfo video. The team was scheduled to play 5 ODIs and 2 T20Is on that tour. Inzamam did not play Rashid Khan in the 1st ODI, which Afghanistan lost, because he had not seen him yet, said Rashid.

“In the practice session (before the 2nd ODI), Inzamam himself padded up and said he wanted to face me himself. You know how strong he is with the cut shot. The first two balls I bowled, he cut. So I thought I will bowl a wrong ‘un from the same spot, let’s see what happens. He didn’t get out but the ball beat him,” Rashid said.

“At that point itself he came outside the net and told me, ‘Be ready for the match tomorrow, you will be part of the team’,” he said.

On his debut, Rashid played a 8-run cameo with the bat and was the most economical bowler of the day with figures of 1/30 in 10 overs as Afghanistan won by 58 runs.

Speaking on the BBC podcast ‘The Doosra’ last year, Rashid had related how during a net session Inzamam had asked Rashid, “Where were you?” He had replied, “Afghanistan,” without realizing what Inzamam was saying.