Five goals and some silken football were on show on the night as some legendary players from Real Madrid and Barcelona featured in an exhibition match in Israel on Tuesday night. 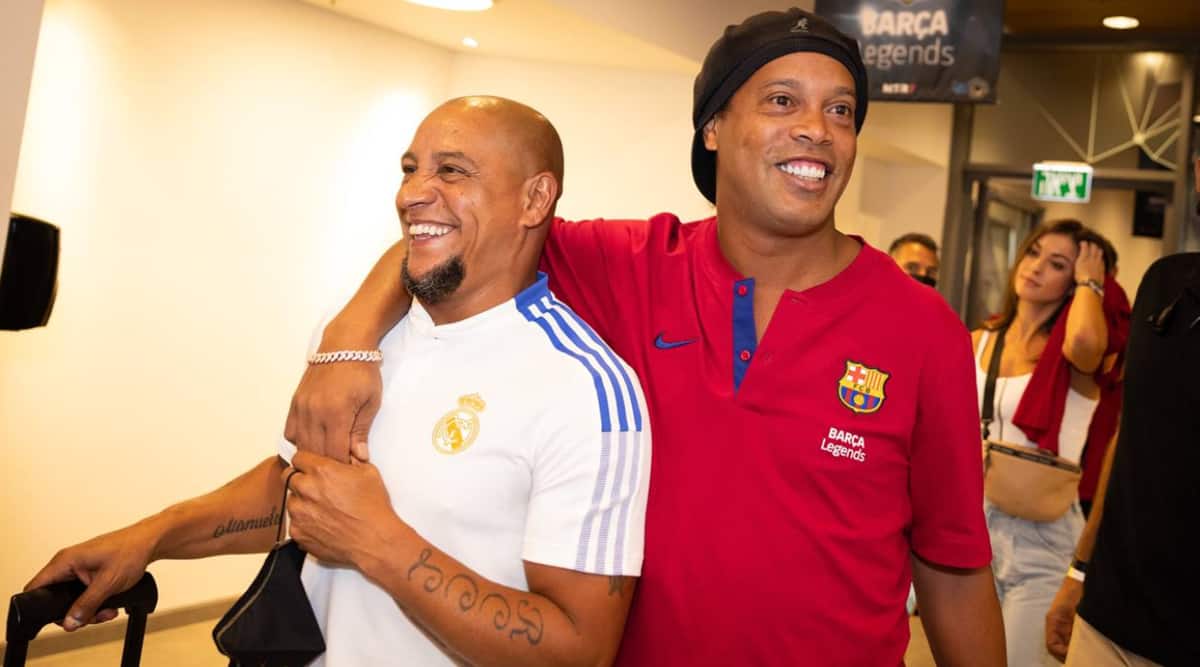 Ronaldinho rolled back the years as Real Madrid Legends beat Barcelona Legends 3-2 in a unique El Clasico at Tel Aviv’s Bloomfield Stadium on Tuesday night. Five goals and some silken football were on show on the night as some legendary players from the two sides featured in an exhibition match in the pre-season break.

Barcelona came close to taking the lead in the 20th minute, when Ronaldinho’s shot cannoned off the crossbar. However, the Brazilian would go one better seven minutes later when he prepared to take a penalty following a challenge by Núñez on Saviola.

It was Ronaldinho who converted from the spot to put the Catalans ahead, before strikes from Munitis and Alfonso in the space of two second-half minutes gave Real Madrid the lead. Jofre Mateu restored parity in the second half, before De la Red fired home a sublime effort to secure victory.

Barcelona drew themselves level in the 60th minute following a fine solo run from Jofre Mateu, before Madrid hit the winner 10 minutes later.