Rebecca Welch will take charge of the fourth tier fixture between Harrogate and Port Vale on Monday. 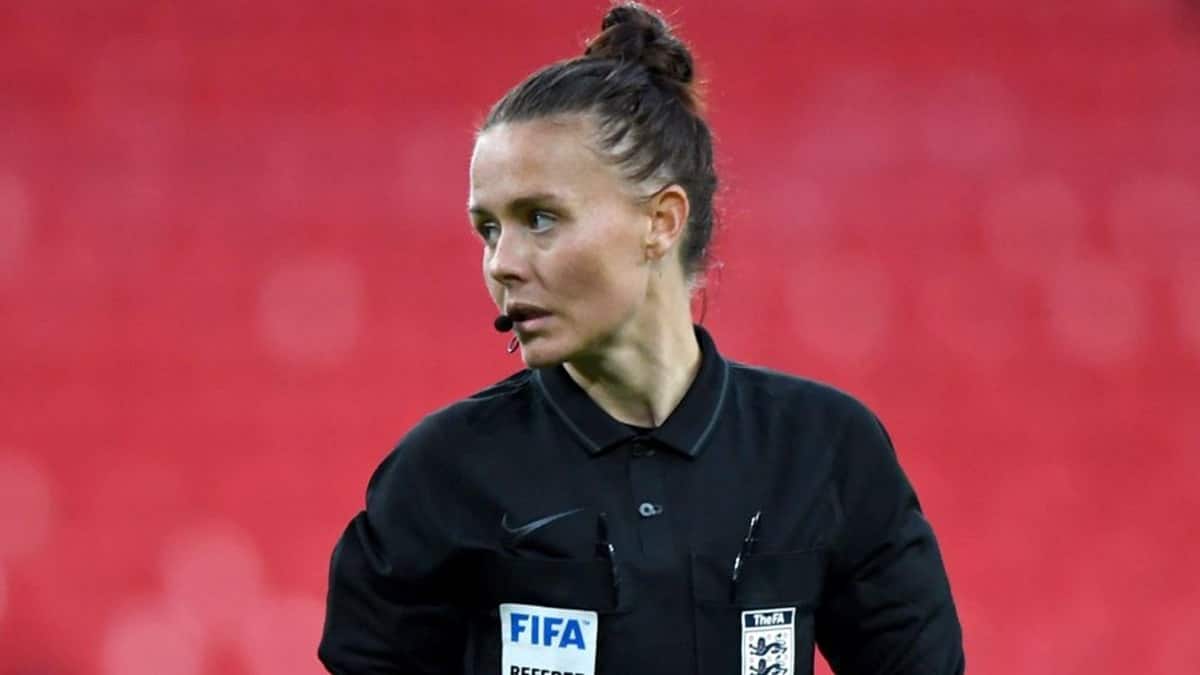 An English men’s professional league game will have a female referee for the first time when Rebecca Welch takes charge of the fourth tier fixture between Harrogate and Port Vale on Monday.

“Initially I wasn’t really aware of it being appointed as the first female referee,” Welch said on Tuesday.

“I was just given the appointment and I was over the moon but when you kind of reflect on it, you think, you’re the first woman ever to do this, so I’m extremely proud and my family’s extremely proud as well.”

The English Football League runs the three divisions below the Premier League, including League Two where Welch will officiate Monday’s game.

“I’m really excited. This is what I’ve been working towards, and being given this opportunity to work in the EFL is amazing for me,” Welch said.

“I do think it’s important to show that women who are in the top 1% of their category can proceed to the next level so it definitely makes others look up and know that they can achieve the same.

“It shows that there is a real opportunity for young girls who are wondering if they are ready to take the whistle or are already referees. They can aspire to be an EFL referee or like Sian Massey-Ellis operating (as a referee’s assistant) in the Premier League.”