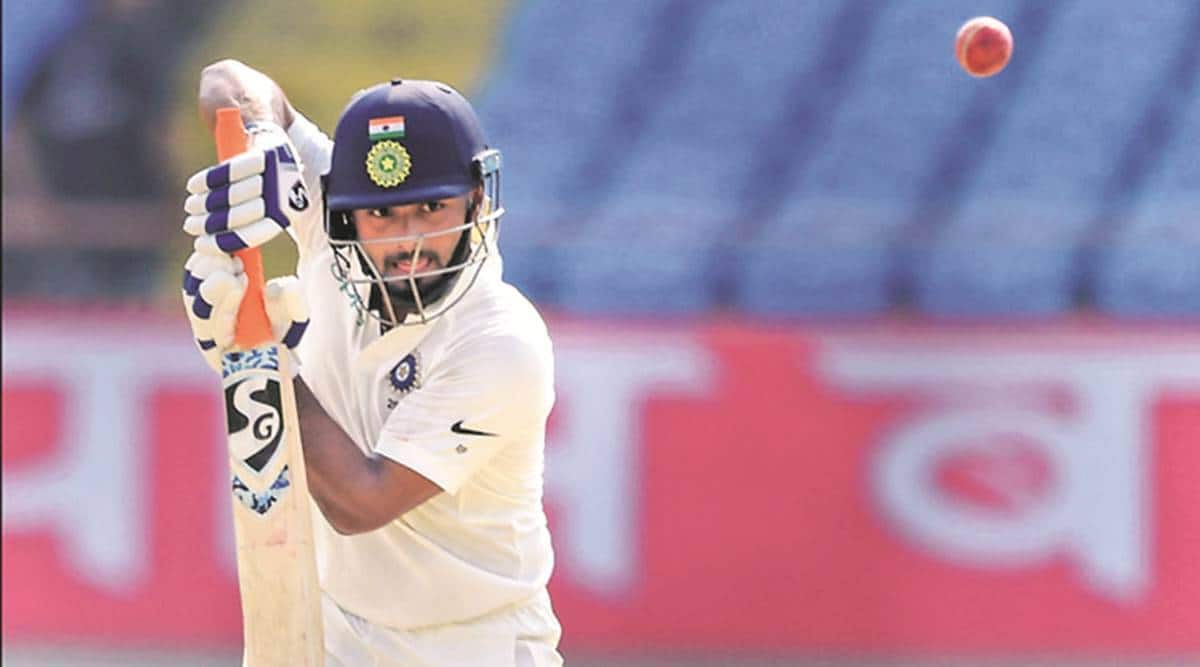 What is eating Rishabh Pant? It could be Ollie Robinson getting him four times in five outings. Or the back-of-length trajectory from over the stumps that slants across him. Or could be his decision to station himself too far outside the crease. Or it could be his eagerness to influence a match. Or it could be one reason leading to another.

Let’s start with Pant’s travails against Robinson. On three of the four occasions, he got out prodding at a back-of-length delivery angled across him. Often, he got out to balls he could have left alone. With Robinson bowling quite wide off the crease there was slim chance of the ball creeping back or even holding its line. Yet, the batsman couldn’t resist the attempts at playing at those.

Pant was dealing with similar deliveries, albeit at a quicker pace, in Australia fairly comfortably. Maybe, an adjustment that several batsmen make in England — standing outside the crease to smother the swing better — might have contributed to exacerbating this vulnerability.

The benefits of this ploy are many — the ball has less distance to traverse before reaching the batsman, which could reduce the assistance a bowler gets in the air. It could force the bowler to shorten his length as well as change the trajectory and the release point of the ball. The flipside is that it makes batsmen, especially left-handers, just a touch unsure of the off-stump. More often than not, a batsman ends up playing at deliveries, he would have otherwise left alone.

Maybe, that explains Pant’s indecision outside off-stump and the consequent flirtations with deliveries that he could have left.

More than a technical glitch, it’s his frantic approach that has been at the heart of his slump. The seven-ball blowout in the second innings in Leeds was a classic case study. The very first ball he faced, he sashayed down the track and attempted to heave Anderson out of the ground. He missed, yet did not surrender. The next over, he pulled out a repeat, off Robinson, and gloriously failed. Four balls later, he reached out to a wide ball and edged to third slip. If counterpunching was his intention, Pant failed miserably.

Since landing in England for the World Test Championship final, Pant has struggled. The 41 in the second innings of the WTC match best sums up his neither-here-nor-there approach. There were times in that innings he looked to knuckle down, even resisting boundary balls, before, in a burst of madness, he would attempt a reverse-lap or brazenly come down the track to Kyle Jamieson. Pant veered between extremes.

Man of his own methods

Someone like Pant shall always live and die by the sword, his best and worst moments would be entwined in his shot-happy ways, but here he had looked too hurried and jumpy, going either too hard or too timidly at the ball, as if the old defend-or-destroy dilemma had relapsed. Just at a time when it had seemed that he had cracked the code of batting in Tests and seemed to genuinely enjoy the challenges, it threw up.

Even beneath his audacious strokes, like reverse-lapping James Anderson over the slip cordon en route to his last Test hundred, there was genuine method in his approach. Even in that innings of blinding stroke-play, he bade his time. It was not chancy chancing of arms but an intelligently-constructed innings. He had absorbed 82 wary balls to reach his half-century, before accelerating and rounding off his second half-century in 33 more deliveries. It was his rewarding blueprint in Australia too. In Brisbane, he was 11 off 33 balls, then 34 off 72, before ending up on 89 off 138 balls. There was a particular phase when he blocked 20 scoreless balls. In Sydney where he scored 97 off 118 balls, he was at one stage just five off 34.

More instructive is how he went about those innings. Of those 34 balls, he defended 14 times, left seven times, and the rest comprised taps and dabs to point and cover and nudges to mid-on. He played and missed, but not when attempting an extravagant shot, but when looking to defend. Not even the offie Nathan Lyon, against whom he eked out two runs off 16 balls in the phase, broke his resolve to stick around. Not a single reckless stroke he contrived. Later in the innings, Pant didn’t spare the off-spinner though, and launched a scathing onslaught on Australia’s second-most prolific spinner ever. In Brisbane too, he attempted nothing extravagant until the 41st ball he faced, when he tried to swing wildly at a tossed-up Nathan Lyon ball.

He did counterpunch, but picked the situations and the bowlers.

It’s this clarity of thought, the awareness of the ripest moment to dial the big shots, that has been missing from Pant’s game in England. It’s not that he should temper his batting, eschew risks completely, but reacquaint with the maturity that his batting had blazed in Australia and later against England in India.

A time when the madness and methods of his batting aligned in harmonious symmetry. It’s this harmonious symmetry that he would look to reconquer when he reaches the venue of his first Test hundred, three years ago. And it’s not Robinson that’s eating him, rather his own cluttered mind.