India head coach Igor Stimac has come under fire for the team's failure to win enough matches in the recent past and he will be under the pump on Thursday. 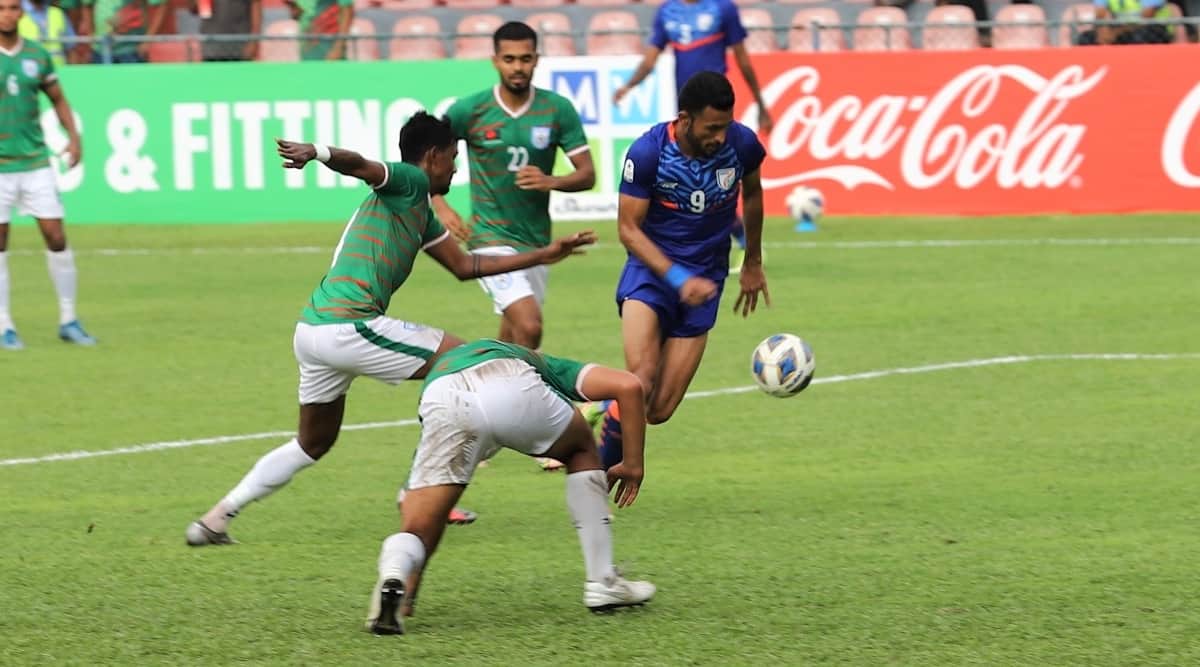 A 1-1 draw against 10-man Bangladesh denting their confidence, India will need to quickly get their act together as they take on Sri Lanka in their second SAFF Championship match here on Thursday.

The Indians go into Thursday’s game on the back of a disappointing stalemate with Bangladesh, against whom they should have won considering that they dominated majority of the proceedings and even took the lead courtesy of a Sunil Chhetri strike.

However, that was not to be and India are looking forward to the Sri Lanka game to register their first win in the tournament, which they won a record seven times.

The Blue Tigers head coach Igor Stimac has come under fire for India’s failure to win enough matches in the recent past and he will be under the pump on Thursday.

Despite the loss against Bangladesh, India can afford to fancy their chances against the lower ranked Sri Lankans who have struggled throughout the competition, losing both of their games so far while conceding four goals and scoring two.

The islanders will have their task cut out if they are to move up from the bottom of the points table.

Chhetri had put India in the lead, before Bangladesh were reduced to 10 men after Biswanath Ghosh was given the marching orders early in the second half. Yasir Arafat scored for Bangladesh to put his side on level terms later.

The Indian talisman will again look to score and add to his tally. Chhetri is just one goal shy of the iconic Pele in terms of international goals scored and a struggling Sri Lanka will be a great opportunity for him to scale yet another landmark in his illustrious career.

But he will need support from the others if the team is to secure full points from the game.

After the disappointment against plucky Bangladesh, Stimac said “we are ourselves guilty for not winning the match.”

“We had everything in control, we dominated the game, and had a one-nil advantage, and even had a one-man advantage.

“But despite all of that, for some unknown reasons, we started giving away simple passes, making unnecessary mistakes. And if you boost the confidence of your opponent, that’s how it finishes when you give them a chance,” Stimac said.

The chief coach is using the tournament as the last opportunity for the players to play international matches before the start of the third round of 2023 AFC Asian Cup qualifiers in February next year.