Pakistan's interim head coach had a big takeaway from the India game, apart from his side's resounding win. 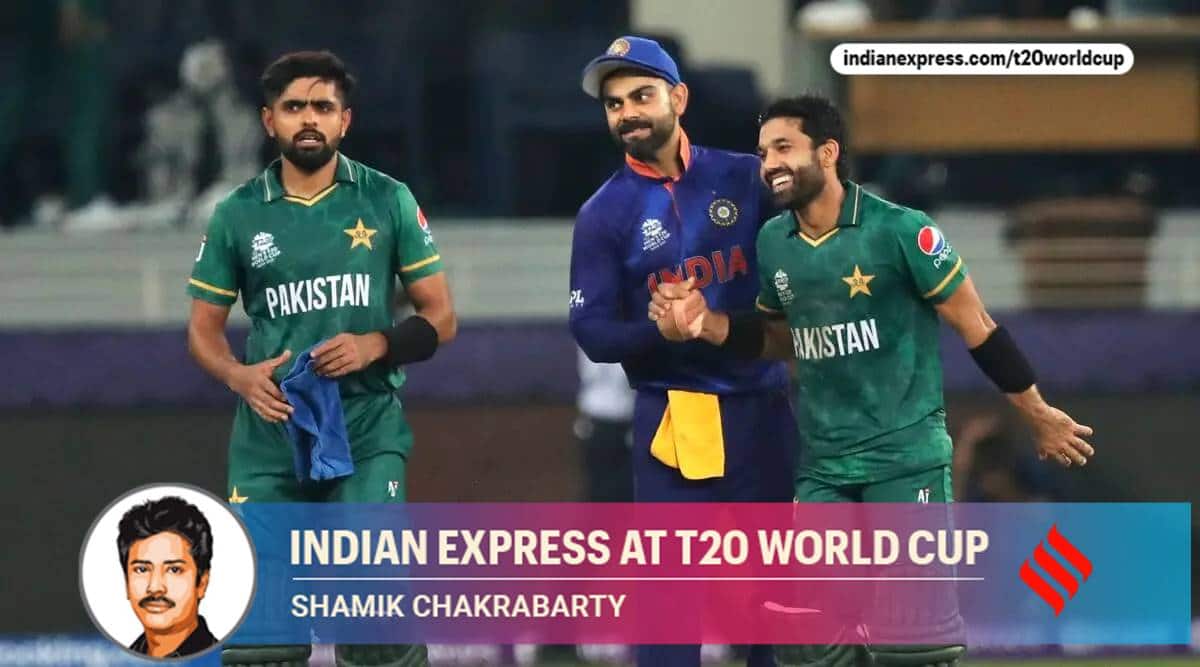 Saqlain Mushtaq wants an India-Pakistan final at the T20 World Cup. He talks about ‘insaniyat’ (humanity) and ‘mohabbat’ (love).

Pakistan’s interim head coach had a big takeaway from the India game, apart from his side’s resounding win. To him, the moment to savour came post-match, when Mohammad Rizwan hugged Virat Kohli and MS Dhoni had a chat with other Pakistan players.

“Whatever happened in the last match, be it Virat Kohli, Dhoni hugging our players, it was great for world cricket. Keeping aside the India versus Pakistan clash, the best thing, for me, from the match was that it was a win for insaniyat and mohabbat,” Saqlain said at the pre-match press conference, with Pakistan playing their third match of the group against Afghanistan on Friday.

“It’s a game and winning and losing is part of it. Hats off to Babar, Rizwan, Dani, Virat, Dhoni because they have sent a strong message for the entire world and for both the countries. I always say, ‘mohabbat ki jeet ho, aur nafrat ki haar ho (love should trump hate),” he added.

Looking at the bigger picture, the Pakistan head coach wants an India-Pakistan final. “And if India and Pakistan qualify for the final together then the ICC, and the entire world cricket will have some fun. It will be good for cricket because they are our neighbouring country. If we both play then it will be good for our relationship as well.”

Saqlain considers India as one of the favorites in the tournament. “Tagda team hai (they are a very strong team). England are playing very well also. They are favourites as well. And Australia always comes with a different resolve in big tournaments.

Afghanistan cricket has been going through an uncertain phase. But the team has started with a thumping win against Scotland.

Pakistan, on the other hand, are fresh from back-to-back wins against India and New Zealand. But they would be cautious not to slip in this banana-skin game and Saqlain hit the right note.

“They have a wonderful bowling attack, especially the spinners. And when they go for batting, they just play, you know, the way they feel it, what’s in their heart, what they think. They just go and execute the plan. They just play sort of a fearless cricket. And I think that kind of team can be dangerous,” he said.