Ajinkya Rahane-led India are gearing up for the fourth and final Test at the Gabba in right earnest as they took hit the nets on Wednesday.

The batsmen looked in great touch during the practice with the sweet sound of bat meeting ball indicating that Rahane’s men mean business come the series decider on Friday.

The Board of Control for Cricket in India (BCCI) tweeted a short footage of the players batting in the nets and on display was a square cut, front foot defence, on-drive, a whack down the pitch, it was all that and more.

“In all readiness for the Gabba Test,” BCCI captioned the video on Twitter.

Ravindra Jadeja and last match hero Hanuma Vihari have been ruled out of the fourth Test, while Ravichandran Ashwin (sore back) and Rishabh Pant (elbow injury) will hope to get back to fitness after suffering injuries in the Sydney Test.

With the series level at 1-1, Rahane will hope that Jasprit Bumrah will be set to go full throttle on the most pace generating track in Australia. 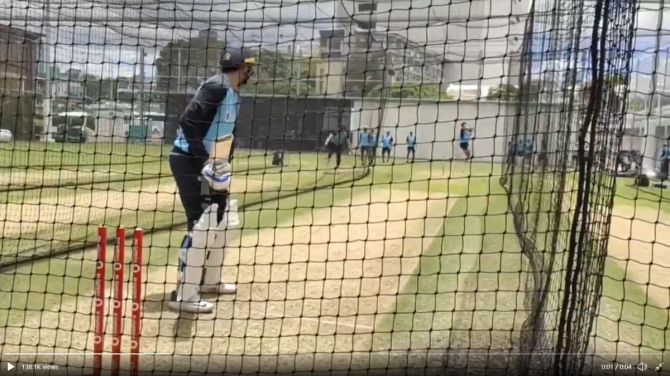