With four matches left, Manchester City have 80 points, 13 ahead of Manchester United who host Liverpool on Sunday knowing that a defeat would seal the title for their neighbours. 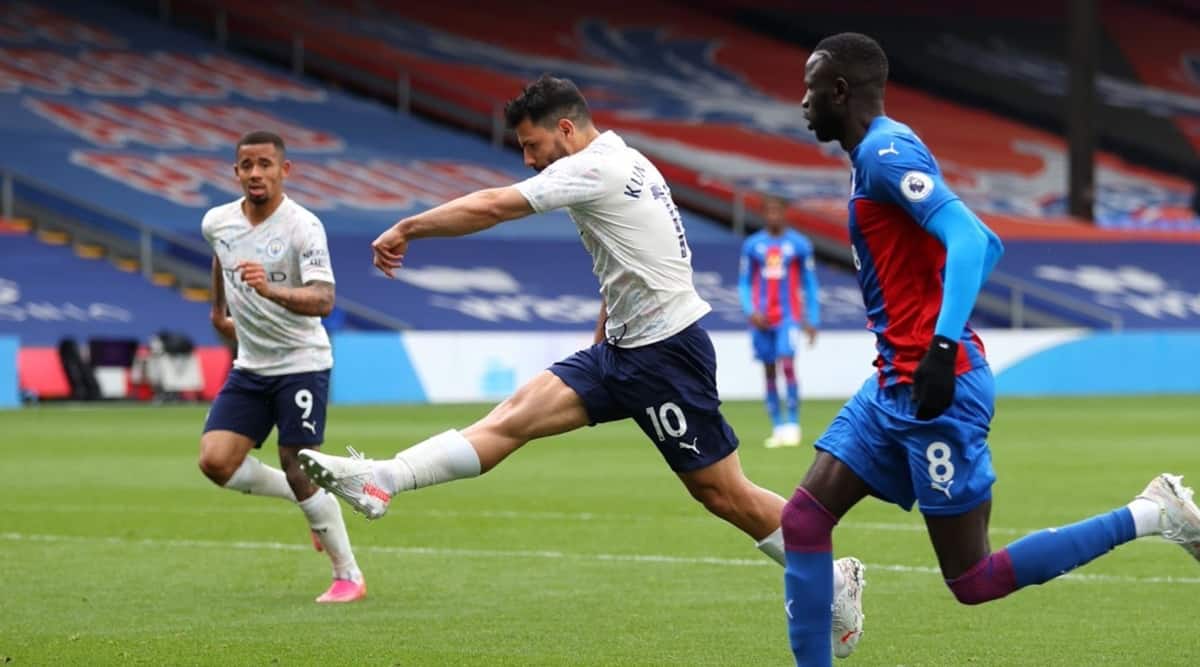 Manchester City moved to the brink of a third Premier League title in four seasons as a piece of magic by Sergio Aguero set them on the way to a 2-0 victory at Crystal Palace on Saturday.

A minute later Ferran Torres’s clinical low shot doubled City’s advantage and they could have racked up a bigger margin of victory as they turned on the style with Raheem Sterling denied by the woodwork and Joao Cancelo also going close.

With four games left, City have 80 points, 13 ahead of Manchester United who host Liverpool on Sunday knowing that defeat would seal the title for their neighbours.

“It was a long time that I hadn’t played 90 minutes,” Aguero, who scored only his second league goal of an injury-hit season, told BT Sport.

“The goal was good because maybe we can win the Premier League. We wait for tomorrow. Every game is difficult. Of course, if Liverpool win it’s better.”

Should United draw on Sunday they could still mathematically catch City but their goal difference is far inferior. If United win, City can seal the title by beating Chelsea next weekend.

Fulham, third from bottom and nine points from the safety zone, started brightly, earning two corners before Chelsea’s Brazilian defender Thiago Silva hoofed a long ball into their territory in the 10th minute.

Mason Mount plucked it out of the air with superb control before pushing it into Havertz’s path and the German rounded former Chelsea defender Ola Aina to stroke it home.

Havertz doubled his tally in the 49th minute, after a slick move with Timo Werner who picked out his compatriot with a pinpoint final pass.

The result put Chelsea on 61 points from 34 games, six ahead of fifth-placed West Ham who play on Monday.

Chelsea return to Stamford Bridge on Wednesday for the second leg of their Champions League semi-final against Real Madrid with the score at 1-1 after the first leg.