Massimiliano Allegri's return to Juventus got off to a disappointing start as two mistakes from goalkeeper Wojciech Szczesny saw his side relinquish an early two-goal lead to draw 2-2 at Udinese in the Italian league, 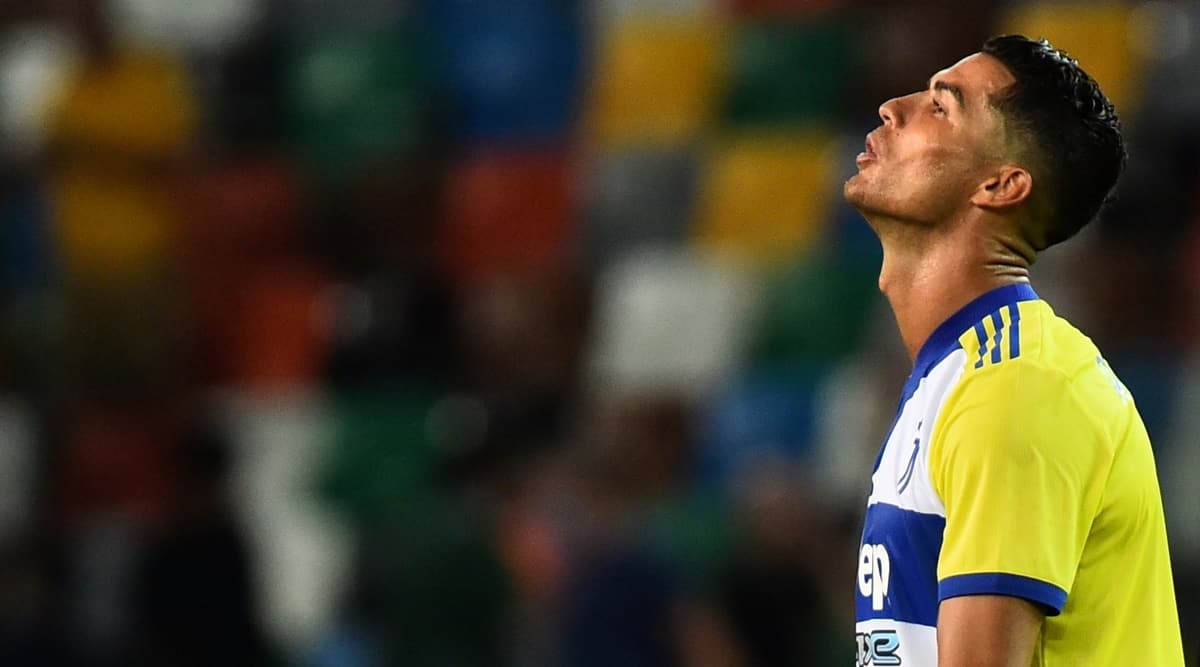 Cristiano Ronaldo started on the bench as Massimiliano Allegri’s return to Juventus got off to a disappointing start on Sunday. Two mistakes from goalkeeper Wojciech Szczesny saw his side relinquish an early two-goal lead to draw 2-2 at Udinese in the Italian league.

Ronaldo didn’t start amid reports he had asked to be on the bench and that he could still leave Juventus with a year remaining on his contract. When he did come on in the second half, Ronaldo thought he had scored a stoppage-time winner but it was ruled out for offside after he had ripped off his shirt in celebration and been embraced by teammates.

Paulo Dybala scored and set up another goal to give Juventus what looked like a comfortable advantage a quarter of the way through the match. But Szczesny conceded a penalty and another mistake from him allowed Gerard Deulofeu to score the equalizer with seven minutes remaining.

Allegri was rehired by Juventus in the offseason _ just two years after he was fired by the club _ after the Bianconeri’s worst season in 10 years ended their nine-year grip on the league title and saw the end of Andrea Pirlo’s brief tenure.

Jose Mourinho has also returned to Serie A and his Roma side beat Fiorentina 3-1.

Allegri’s return got off to the best possible start. Juan Cuadrado and Rodrigo Bentancur combined before the latter pulled the ball back for Dybala to drill across into the bottom left corner and give Juventus a third-minute lead.

Dybala turned provider 20 minutes later with a brilliant cross-field pass to Cuadrado, who skipped past a couple of defenders before shooting into the far bottom corner.

Udinese got back into the match six minutes into the second half. Szczesny could only parry Tolgay Arslan’s effort and then brought down the Udinese midfielder as they both went for the rebound.

Roberto Pereyra struck the penalty into the bottom right corner.

Ronaldo was brought on at the hour mark and went close to having an immediate impact as first he headed a free kick inches wide and then he set up Bentancur, whose effort smacked off the right post.

Instead it was Udinese which scored as Szczesny failed to deal with a simple-looking back pass from Leonardo Bonucci and Stefano Okaka stole the ball off him and set up Deulofeu.

The goal was initially ruled out but was given on video review. VAR was again to hurt Juventus deep into stoppage time as Ronaldo was seen to be offside when he headed in Federico Chiesa’s cross.

New Roma forward Tammy Abraham had a fantastic debut as he set up both his side’s goals and hit the crossbar.

Abraham, who joined from Chelsea for 40 million euros ($47 million) on Tuesday, received a standing ovation when he was substituted off in the 69th.

The 23-year-old Abraham also had a part to play in getting Fiorentina reduced to 10 men as he was clattered into by Bartlomiej Dragowski who had rushed out of his area. The visiting goalkeeper was shown a straight red card in the 17th.

Roma took the lead nine minutes later as Abraham threaded the ball through to Henrikh Mkhitaryan, who turned and scored from 12 yards.

Abraham almost restored Roma’s advantage immediately as his header came off the crossbar but shortly afterward he rolled the ball across the area for Jordan Veretout to tap in at the back post.

Veretout doubled his tally and sealed the match with 11 minutes remaining.

Venezia’s return to Serie A ended in disappointment as it lost 2-0 at 10-man Napoli.

Lorenzo Insigne missed one penalty but scored another five minutes later to give Napoli a 62nd-minute lead. Eljif Elmas got the second goal for Napoli, which had Victor Osimhen sent off in the first half for appearing to punch Venezia midfielder Daan Heymans.

Salernitana’s first match back in the top flight for more than 20 years also ended in disappointment as it twice relinquished a lead in a 3-2 loss at Bologna, where both teams had players sent off.