Kapur will be now playing on the Asian Tour in Thailand in coming days apart from playing in Singapore Open, Saudi International and Indian Open next year. 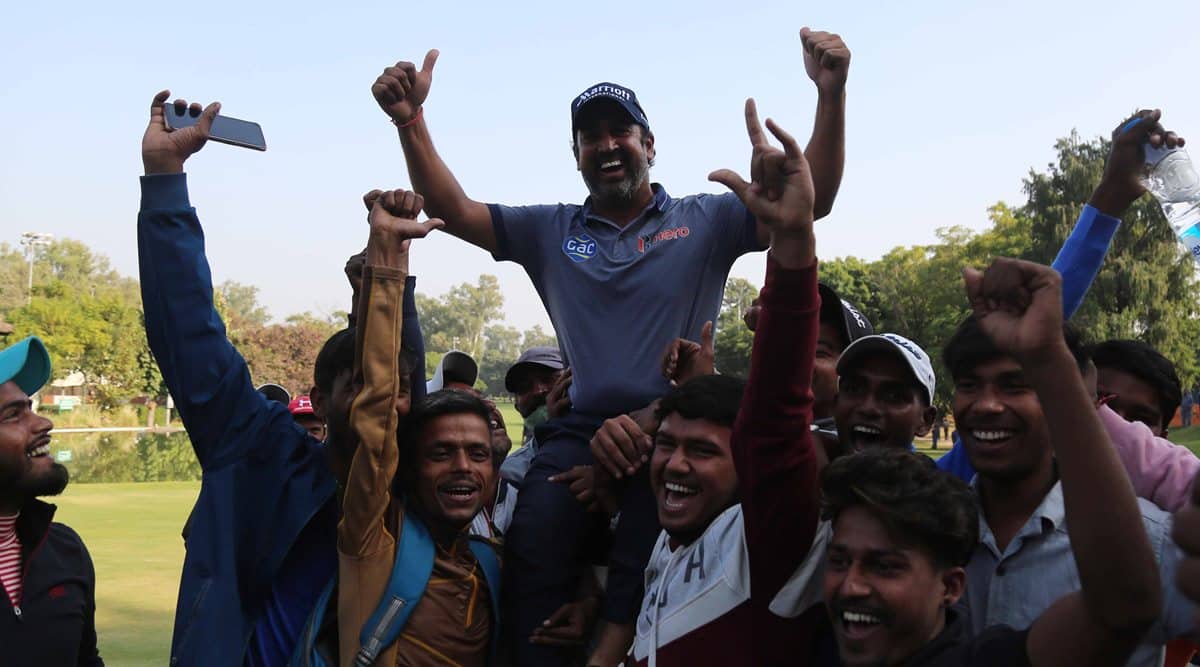 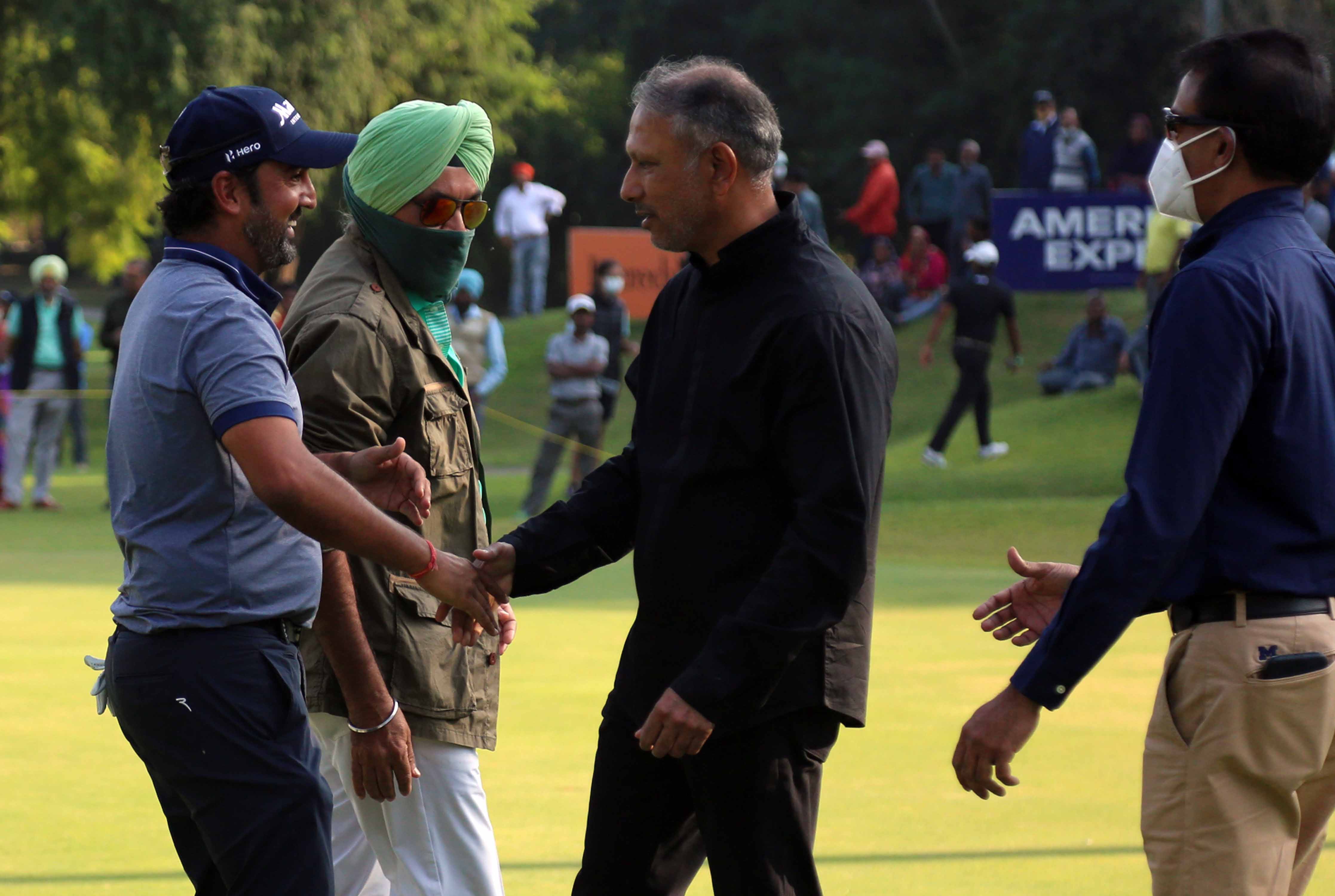 “I have very fond memories of Chandigarh. I won the All India Amateur title here as a 15-year-old. To come here to win the tournament named after my childhood idol and my older brother Jeev Milkha Singh feels just amazing (crying). Jeev and his family including his wife Kudrat has been my family on tour for the last 15-20 years. I said to them on the 18th green that don’t look at me as I am getting emotional. I really wanted to win this tournament for them. The last time when I played on the 17th green, Nirmal Milkha Singh aunty gave me a hug and cheered for me. To win this tournament for Jeev and for them is just amazing,” said a teary-eyed Kapur after the win. Kapur, who remained in lead on all three days of the tournament, started the fourth day with three bogeys and one birdie on the front-nine. It also meant that Khan, who was behind by two shots prior to the start of the round, ended the front-nine as leader by one shot with two birdies and one bogey. But an almost 50-ft birdie conversion on the 11th hole gave Kapur the momentum for the day. The 39-year-old then sank three birdies over the next eight holes, including two successive birdies on the 16 and 17th hole each to tee off from the 18th tee tied at 19-under along with Khan. Khan sank birdies on 13th and 14th hole before converting a long putt on the 17th hole to restore parity with Kapur.

The last hole saw Kapur missing a four-feet putt, which would have made him win the title after Khan made a par and the two players headed for a play-off tied on 19-under-269. The last three editions had also seen a winner being decided after a play-off and with Khan’s second shot finding the water and Kapur’s second shot landing within two feet of the hole, Kapur only had to make a successful putt. As Kapur made the putt to win the title, he was carried by the caddies. 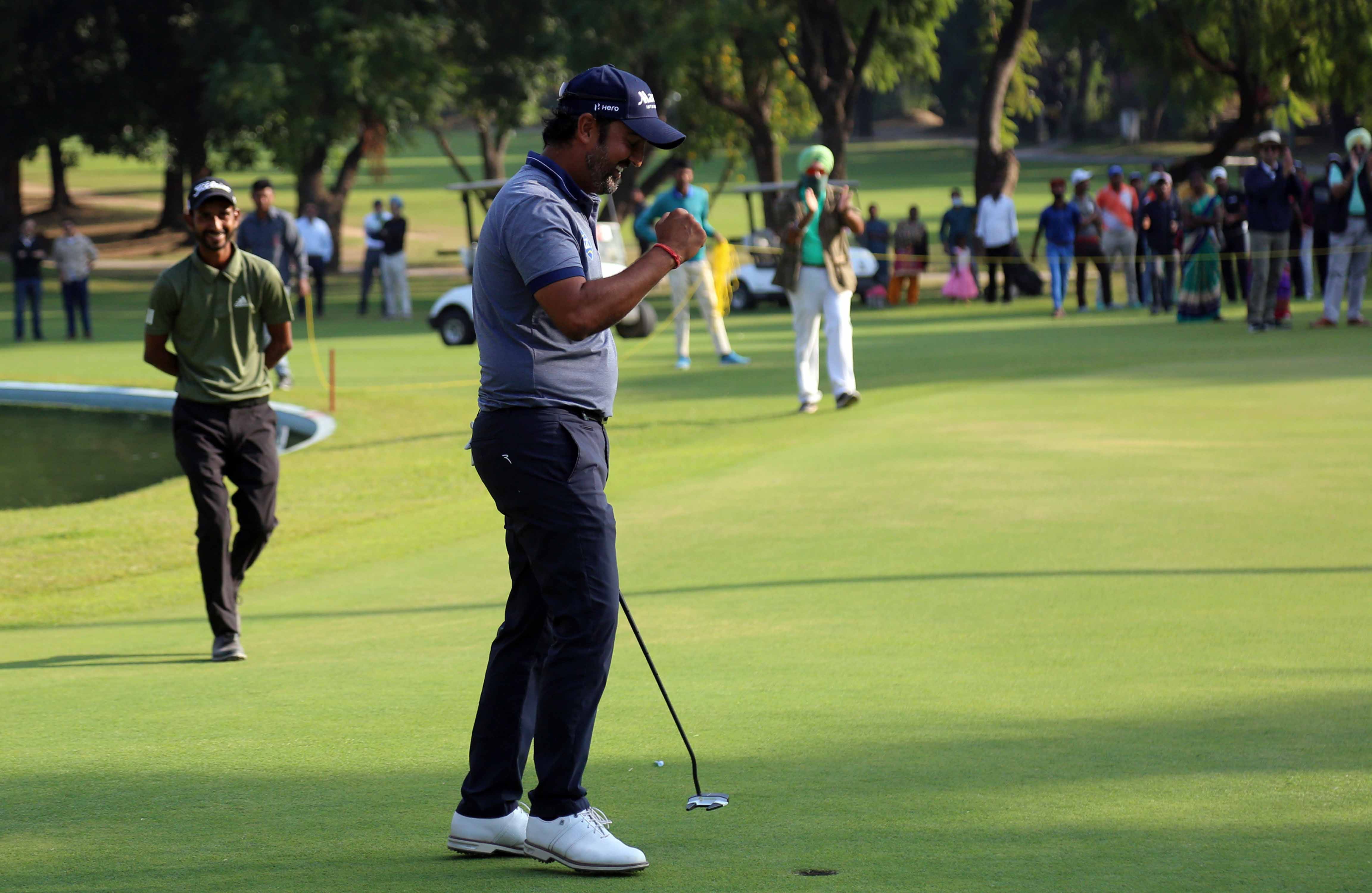 “When I converted the long putt on the 11th hole, it gave me a momentum. I said to my caddie Aryan Kumar that it’s like the fourth quarter of the basketball game. To sink birdies on the 16th and 17th hole, especially on the 17th, when Rashid made the long putt was crucial. Tacking the wind in opposite direction was the key today. I did not want to go for play-off and the placement on the 18th green was good. But I misread the putt. I saw it as right line but after the out everybody told me it was left to right line. I have not played enough here and that section is a new one. It was a wrong read but I have no regrets. Play-off is like match play and I was looking to play the hole as best I could and luck was with me,” said Kapur.

Kapur will be now playing on the Asian Tour in Thailand in coming days apart from playing in Singapore Open, Saudi International and Indian Open next year. At this age, Kapur also credits his coaches and fitness trainer. “At this age, the body slows down a little but at the same time, one has to spend a lot of time on fitness. Earlier this year, I worked with my coach Shane Gillespie in the US before training under fitness coach Alistair Parlane in Dubai. I aim to give the young golfers a run for their money and Jeev has been my inspiration,” said Kapur.