Sneh Rana, during the one-off Test against England, became the first Indian woman and fourth in the history of the sport to register a half-century and prise out a four-wicket haul on Test debut. 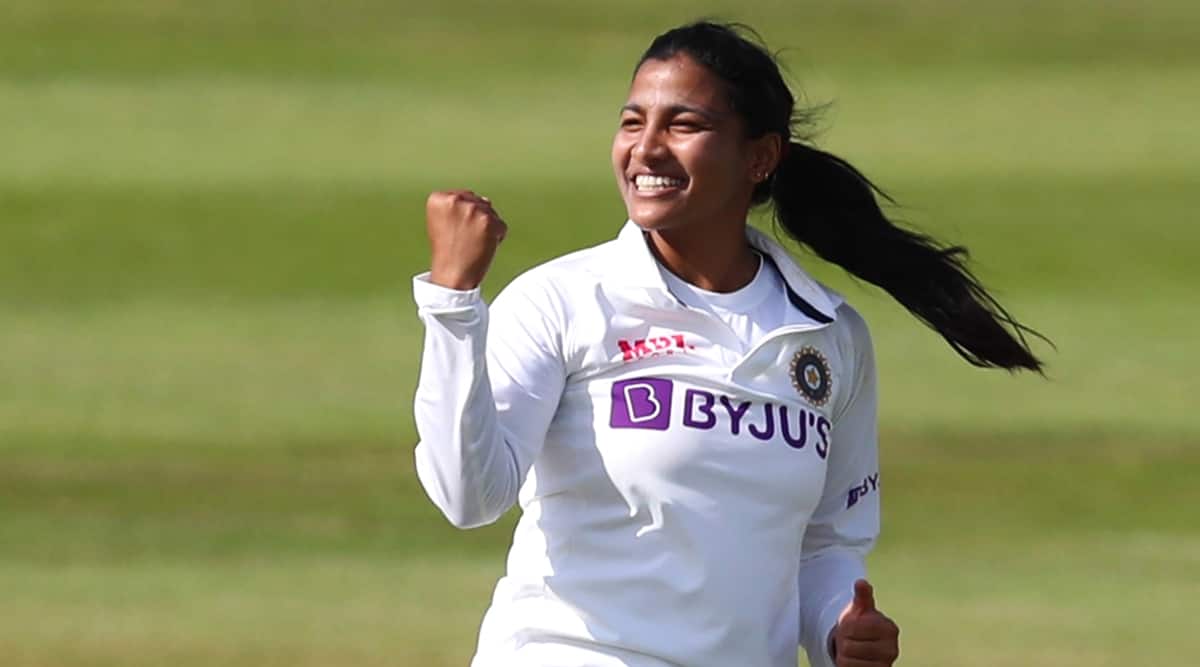 Moments after Sneh Rana’s astonishing rearguard on Saturday evening in Bristol — scoring an unbeaten 80 in her first international outing since February 2016 — that dashed England Women’s hopes of pulling off their first Test win at home in 16 years, she would call up her elder sister Ruchi in Dehradun and lament: “Wish papa was around to see me bat.”

Two months ago, Sneh’s father Bhagwan Singh, 61, who was instrumental in supporting her journey as an international cricketer, passed away after a heart attack. She would go on to become the first Indian woman cricketer and fourth in the history of the sport to register a half-century and prise out a 4-wicket haul on Test debut. Her impressive performance on Day 4 — Sneh put on an unbeaten 144-run stand with No.10 Taniya Bhatia for the 9th wicket —helped India earn a hard-fought draw after following-on in the first innings, despite playing their first Test in seven years.

After the first day’s play, when she emerged as the pick of the Indian bowlers with figures of 3/77 bowling loopy off-spin, Rana would open up on the void caused by the bereavement of her father. “I lost my father two months back. It was a difficult and an emotional moment for me because he wanted to see me play for India. But unfortunately, he couldn’t. Whatever I will do now, I will dedicate everything to him,” she said. 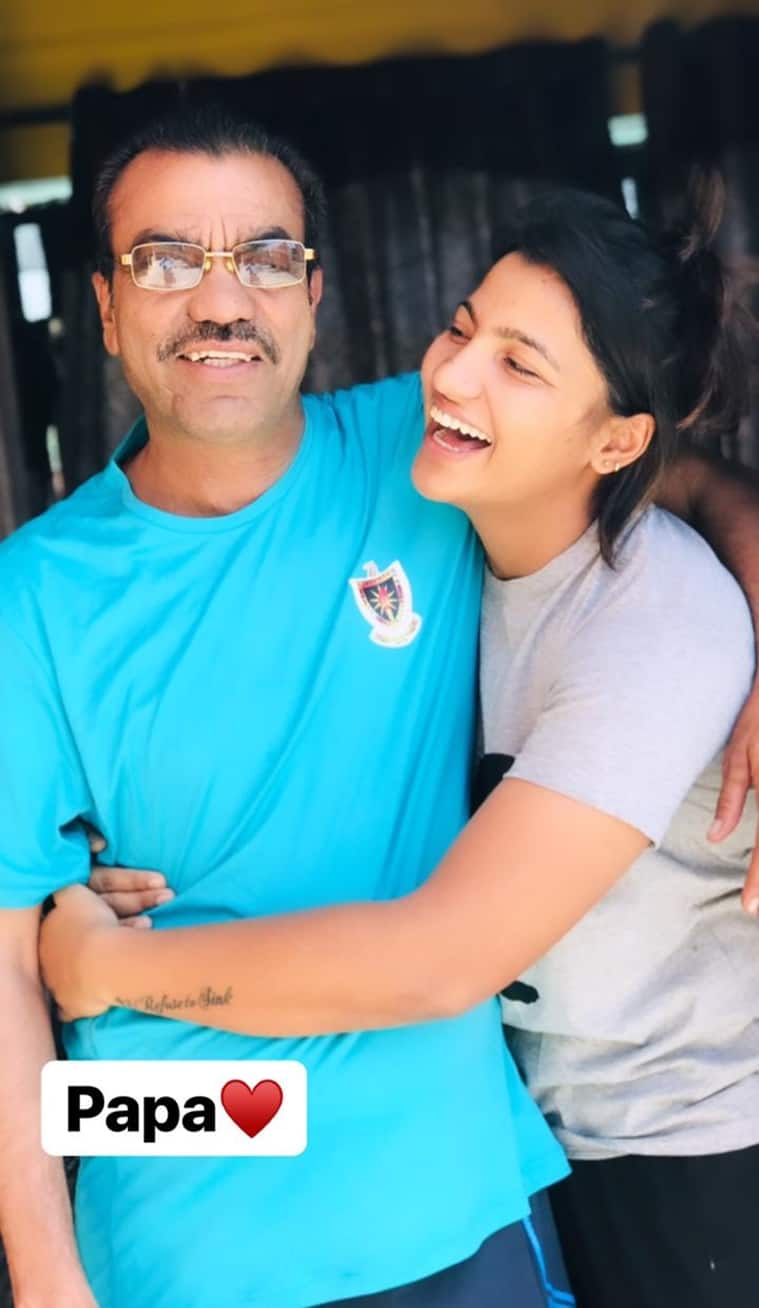 Growing up in Sinola village, 20km from Dehradun, a young Sneh was drawn to outdoor sports and tried her hand at everything from badminton to cricket. “She was a tomboy. Hamesha ladko ke saath khelti thi (always used to play with boys),” Ruchi recalls with a chuckle. When she turned nine, Sneh played a cricket match with a group of boys at a ground next to their house. Seeing her interest in cricket, Singh, who was a private contractor, got her younger daughter enrolled at Little Master’s Academy. “Our father supported her in all her endeavours,” her sister says.

It looked like Sneh would make a seamless progression to the top level when she made her India debut in white-ball cricket in 2014, before a knee injury sustained two years later would relegate her to the sidelines. However, Sneh would make an emphatic return to international cricket through her splendid all-round performances in the domestic 50-over competition this year, plucking 18 scalps and scoring 160 runs at a strike rate of over 120 for the Railways.

Railways coach Nooshin Al-Khadeer is not surprised at Sneh’s sensational Test debut, asserting that the girl from Sinola is blessed with the talent and temperament to shine on the big stage. “Having watched her over the last two years, this was not a surprise for me. The big-match temperament is something that has not come overnight for her. It’s an ongoing process. You put players in similar positions at the domestic level, where they can absorb the pressure. In the past, she was sent to bat at times when the team needed her to stick around and perform,” Al-Khadeer tells The Indian Express.

In April this year, the 27-year-old would help Railways clinch their 12th domestic Senior Women’s one-day title, with a three-wicket haul and a breezy 34 not out, after being promoted up the order against Jharkhand in the final. Sneh’s journey to Bristol had begun on that unforgiving summer afternoon in Rajkot.

The string of successes notwithstanding, Sneh’s career was at a crossroads five years ago, when the knee injury had put her future in the sport in doubt. In 2016, Al-Khadeer, who was then a selector for the Railways women’s team, says she was surprised when she saw Sneh after her rehab. “She looked unfit and had put on weight. Back then, I chided her and asked her not to fritter away her potential,” she recollects.

For Sneh, the road to achieving full fitness was arduous. Nevertheless, she would chalk out her fitness and diet plan and follow it sincerely. This was also the time when the absence of Mithali Raj and other international cricketers had left a void in the Railways squad. Sneh would duly step up with a string of stirring performances. However, it didn’t result in an automatic return to the Indian team.

“She refused to give up. Over the last two years, she has improved her skills and fitness levels,” Al-Khadeer explains. Sneh’s rise after spending years on the sidelines is a tale of grit and resilience. “She is only 27, with the best years ahead of her,” Al-Khadeer concludes.