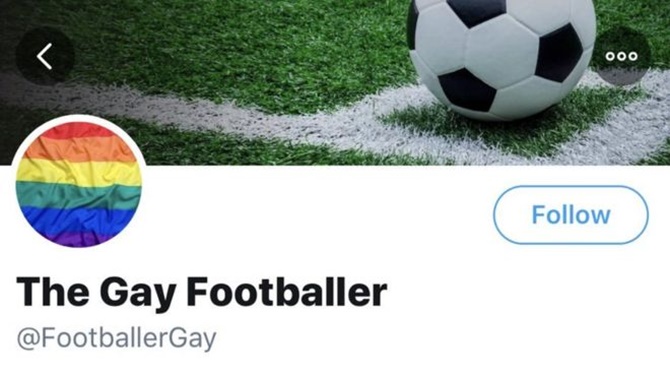 A Twitter account, which claimed to be from a soccer player who was preparing to come out as gay, has been deleted.

The anonymous account ‘The Gay Footballer’ had stated a news conference would be held on Wednesday where he would come out publicly as a “proud, confident, gay professional footballer”.

There are no openly gay male players in professional football in England.

A message was posted to the account saying “I thought I was stronger. I was wrong” before it was deleted.

Messi banned for one game for Copa America red card

Argentina captain Lionel Messi has been banned for one game and fined $1,500 after being sent off against Chile in the Copa America third-place playoff and levelling accusations of ‘corruption’ at South American soccer chiefs.

Messi was shown the red card after clashing with Gary Medel and afterwards alleged that the tournament had been fixed in favour of the hosts Brazil, who beat Argentina in a controversial semi-final on their way to claiming the title.

Messi called the South American Football Confederation (CONMEBOL) ‘corrupt’ and did not attend the ceremony to pick up his medal.

CONMEBOL said on Tuesday that Messi’s comments were ‘unacceptable’ but backed down from imposing a tougher sanction on the five-times world player of the year.

The ban is expected to be served in Argentina’s first qualifier for the 2022 World Cup.

In another Argentina-related decision on Tuesday, CONMEBOL removed the head of the Argentine Football Association’s Claudio Tapia as their official representative at FIFA.

Tapia also sharply criticized CONMEBOL during and after the Copa America.

Uli Hoeness, the long-serving president of German soccer club Bayern Munich, is planning to retire and hand over his duties to a former Adidas Chief Executive in November, German daily Bild reported on Wednesday.

Hoeness will not stand for reelection as club president and intends to also quit his role as supervisory board chairman, reported Germany’s largest selling newspaper Bild, which has proved credible in the past.

According to the report, Hoeness intends to hand over his duties as president to former Adidas CEO Herbert Hainer, who is already a member of the club’s supervisory board.

World Cup and European Championship winner, Hoeness, served the club as a player from 1970-1979 and took over as general manager, and later president, immediately after his career.

He is one of the most wealthy figures in German soccer.