Since his India debut on June 12, 2005 against Pakistan in Quetta, Chhetri has rewritten the country's football history many times and he has now added another feather in his cap by being named for the country's highest sporting award. 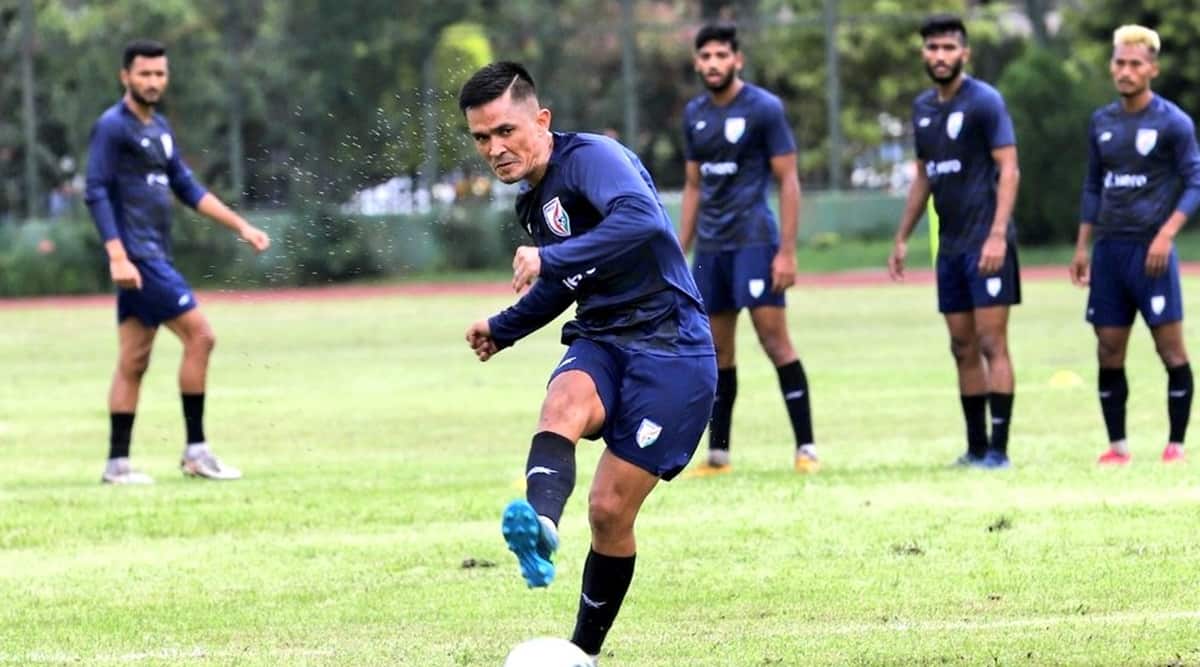 The first footballer to be conferred with the Major Dhyan Chand Khel Ratna Award, Indian maestro Sunil Chhetri on Wednesday said the journey that he has been through in the last 16 years has been nothing short of a dream.

Since his India debut on June 12, 2005 against Pakistan in Quetta, Chhetri has rewritten the country’s football history many times and he has now added another feather in his cap by being named for the country’s highest sporting award.

“I am thrilled, I am really thankful and honoured. I have always said that it is a dream that I have gone through, and it would not have been possible without my family, teammates and coaches I have played under,” Chhetri said.

“It has been amazing to play for the National team, for so many years, for the number of matches, it has been an outstanding journey,” said the 36-year-old year talismanic India captain in an AIFF release.

Arguably India’s greatest footballer after the ‘Golden Era’ of the last century, Chhetri has played most number of international matches and scored most goals. With 80 strikes from 125 international matches, he is currently tied with Argentine superstar Lionel Messi on number of goals among active players. He is one of the few Indian footballers who have won the Padma Shri and has also been conferred with the Arjuna Award. He is the first footballer to win the Khel Ratna, the country’s highest sporting award.

Chhetri was on Tuesday named among 12 sportspersons to be conferred with the Major Dhyan Chand Khel Ratna award for 2021, on November 13. Asked about his role models in his life, Chhetri said: “The amount of encouragement and inspiration around us is a lot, we just have to keep looking. The hunger of trying to learn more is needed, and you will seek out from so many people.”

“There’re many people who came out to help people during the Covid-19 pandemic, be it financially or on the ground. They put their lives in danger and gave it their all. These people are extraordinary! So if anyone is looking for inspiration, it is all around, and if you need to find it, you can look for it anywhere.”

He is not yet ready to discuss the remarkable statistics during his 16 years of illustrious career, saying he would want to focus on playing and scoring goals for the country.

“I am just happy that I get the opportunity to score for my country. That is about it! To see my name on the big screen, even for just five seconds, and to know I have just contributed in some manner for my country, is all that I need,” said Chhetri.
“Once I am done whenever it is, we can pick out a goal and cherish the moment and talk about it. Once I have a big belly with a lot of food, we will talk about it then.”

All India Football Federation (AIFF) president Praful Patel lauded Chhetri on getting the Khel Ratna. “Congratulations! No one deserves it more than Sunil. He has been the flag bearer and a role model for Indian football, having won so many laurels for his country and all his clubs over the years.

“I wish him all the best in his future endeavours, and look forward together to him leading us to unprecedented glories in near future,” Patel said.

AIFF general secretary Kushal Das also congratulated Chhetri. “The Major Dhyan Chand Khel Ratna Award is the pinnacle of all sporting awards in the country and Sunil deserves the award. He is a living legend, and the icon whom all fans look up to.
“I wish him all the best for his professional and personal life. You have been a true flag-bearer for Indian football,” Das said.