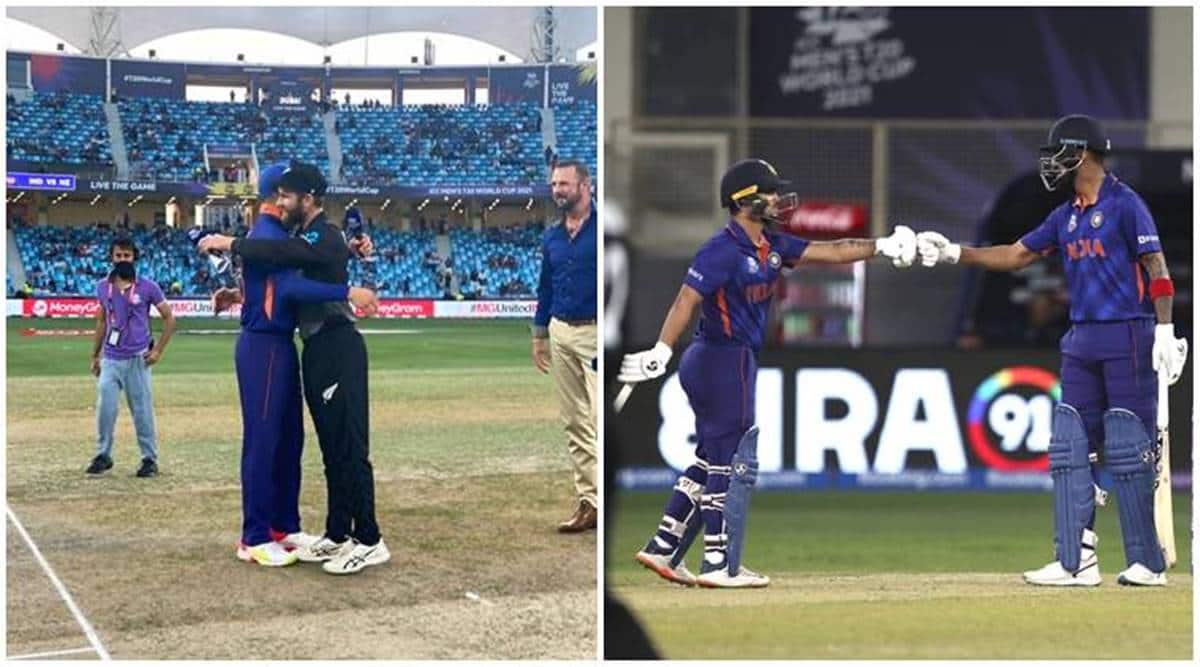 The Indian team made two changes to its playing eleven from the previous match with middle-order batter Suryakumar Yadav and seamer Bhuvneshwar Kumar rested. Yadav “complained of back-spasm”, leading to a forced change in the playing eleven.

“Suryakumar Yadav complained of back spasms. He has been advised rest by the BCCI Medical Team and has stayed back at the team hotel,” BCCI media team said in a statement.

Speaking at the toss, India captain Virat Kohli said: “Two changes. One forced, Surya has a lower back spasm, so Ishan Kishan will replace him and open the batting. Shardul Thakur replaces Bhuvneshwar Kumar.”

“We would have bowled first as well. We need a solid start and have wickets in hand to get those extra 20-25 runs are the learnings from the last game. We do have the bowling line-up to take wickets, but when you don’t have runs on the board one partnership can take the game away from you. We understand that and plans are there to get those extra runs. It’s ridiculous, we are playing twice in 10 days.”

“Too long a break, but yeah, the guys have recovered well. Had good practice sessions, are itching to go out on the field, which is a good thing. When you have so many days off you want to get on the park and get into the groove. It’s another opportunity to come out and correct the mistakes.”