Pakistan vs Australia (PAK vs AUS) Live Score, T20 World Cup 2021 Semi-Final: Pakistan will be aiming to reach their third final of the tournament. 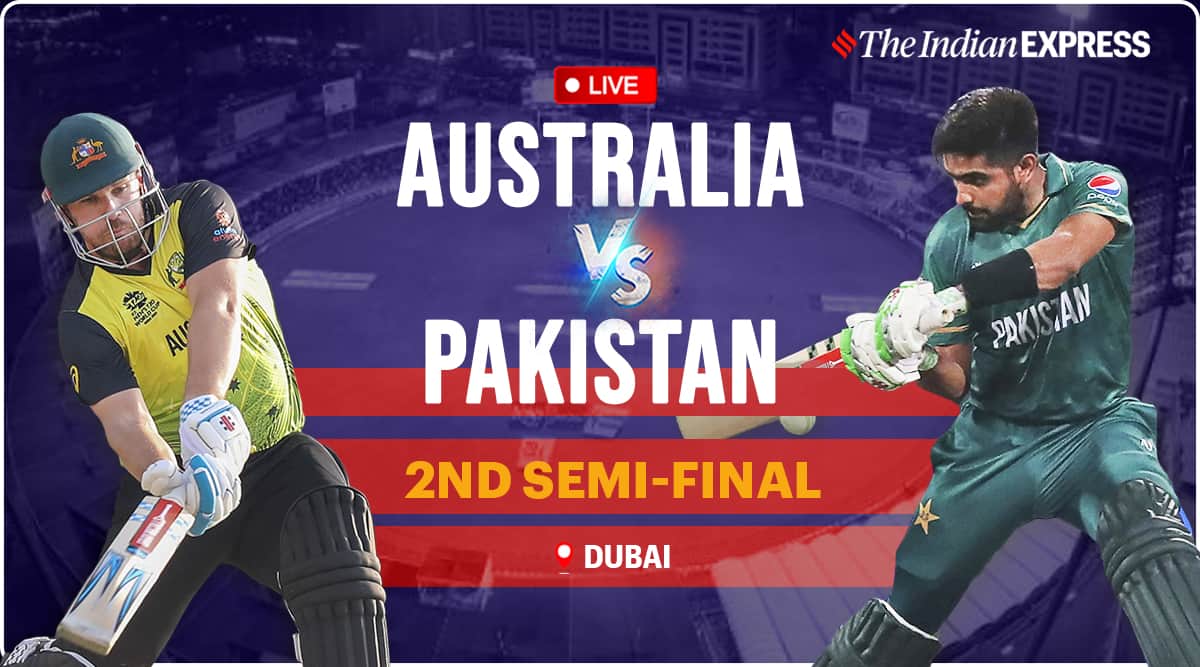 Pakistan are the only unbeaten side in the tournament so far and will be high on confidence after registering five victories on the trot, beating the likes of India, New Zealand and Afghanistan in the group stage. On the other hand, the Aaron Finch-led side have done enough to silence their doubters with four wins in five matches. But the presence of Matthew Hayden as the batting consultant is likely to give Pakistan an edge. The Babar Azam-led team haven’t reached the final of the tournament since their victory in the 2009 edition while Australia have reached the final only once — in 2010 — but haven’t won the T20 World Cup ever.

Narratives change quickly in sport. Only about a month ago, Pakistan cricket was smarting over twin pull-outs. Their preparation for the T20 World Cup, which had only a National T20 league to fall back on, was viewed as inadequate. Now, five wins on the spin later, they are considered title favourites.

Consistency in team selection has served Pakistan well at this T20 World Cup. They are the only team not to tinker with their playing eleven, winning five out of five in the group phase. Ahead of the semifinal though, they have a mini scare, with Mohammad Rizwan and Shoaib Malik missing the training session on the match eve due to mild flu. According to a team official, they had “low fever” as well, but both are expected to be available for the semifinal against Australia.

Read our piece of the likely XI 👇

A bad omen for Pakistan is that no team has won an ICC T20 World Cup going through a tournament unbeaten.

“Yeah, Pakistan have played brilliant cricket. I think the way that they’ve gone in the powerplay with the bat and ball has been really crucial to their success. But it’s interesting how the narrative can change really quick. About 10 days ago our team was too old and now we’re an experienced team. That’s just how it all gets portrayed. From day one I’ve had a real lot of confidence in the way that we’ve gone about this with the squad that we’ve got.

Australia, the 2010 runners-up, are beginning to peak at the right time in their bid to win their only missing title. Apart from the eight-wicket mauling by England, Aaron Finch and Co. have registered dominant wins which helped them book a semifinal slot ahead of South Africa.

The formidable top-order, led by the tournament’s leading run-scorer Azam (264), who has four half-centuries against his name, is expected to deliver once again but Australia’s bowling attack will also be ready and waiting to capitalize on any slip-up.

Pakistan has an array of match-winners in the middle order in the form of six-hitting machine Asif Ali and veterans Shoaib Malik and Mohammad Hafeez, who all are among the runs.

Australia are tasked with doing something that no other side has managed so far at the ICC Men’s T20 World Cup. Beating Pakistan. The pair face off in the second semi-final in Dubai on Thursday to play for a place in Sunday’s showpiece against New Zealand. But if Australia are to get there they will have to find a way past the form team of the tournament in Babar Azam’s Pakistan.