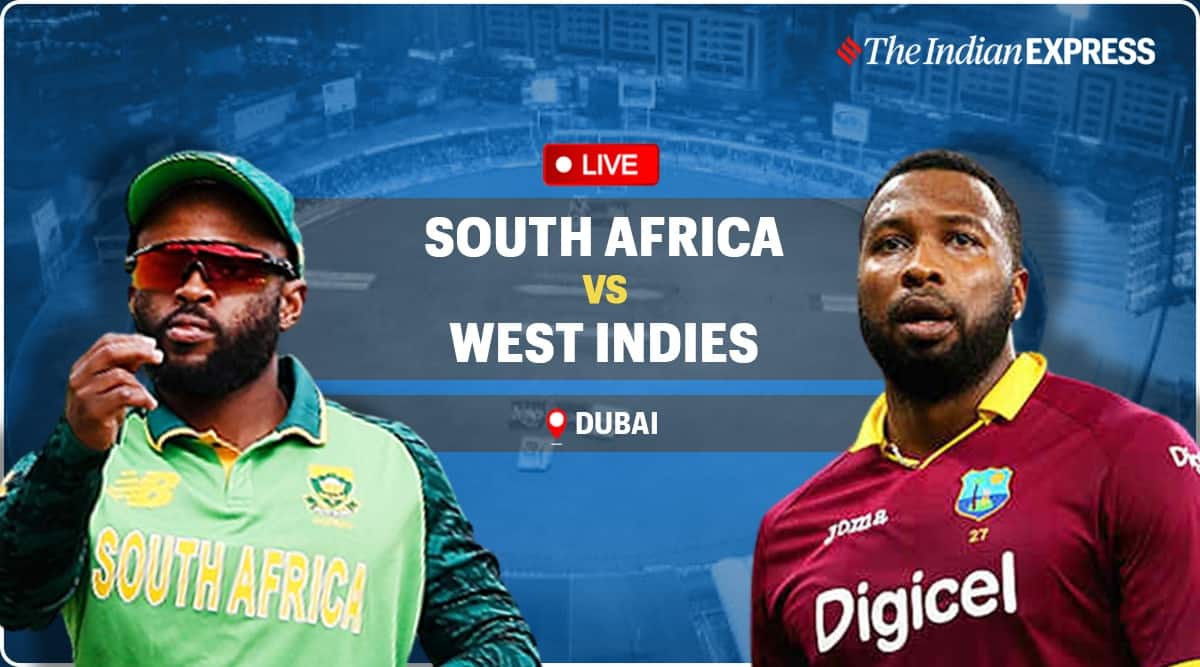 T20 World Cup 2021, South Africa vs West Indies Live Score Online Updates: South Africa and defending champions West Indies lock horns in the first Super 12 match of the T20 World Cup in Dubai on Tuesday. While South Africa were handed a five-wicket defeat by Australia, West Indies sank to a six-wicket loss against England previously. Put in to bat, both sides struggled to put runs on the board. West Indies were skittled for just 55 runs while the Proteas were a touch better, managing 118 in 20 overs thanks to Aiden Makram’s 36-ball 40.

Kagiso Rabada, South Africa pacer: “Batters know what they have to do. Nobody is blaming anyone. But the worst thing you can do is harp on about it. It is definitely an area of concern, and it is being addressed. West Indies are a dangerous team, you can’t underestimate anyone. Tomorrow is a new day. We have to be as disciplined as we were in the first game. They are an incredibly strong and powerful T20 team.”

Roddy Estwick, West Indies assistant coach: “If you look at the conditions here, especially in Dubai, where we played, there was a bit in it for the paces. [Bowlers] who bowl into the pitch with a nice change of pace got the rewards. I believe that there’s enough for both spinners and pacers. It is all about assessing the conditions. The pitch will give you the information, and the team that grabs that information the quickest and executes their skills the best, they will come out on top. Because the pitch will always give you the information.”

Hello and welcome to the live commentary and updates of the Super 12 clash between South Africa and West Indies. Both teams will be aiming to bounce back with a victory at the Dubai International Stadium. Stay tuned for more!

South Africa’s problem in recent games was once again on display in their opening clash. Playing with a top-heavy side, they were unable to overcome the loss of early wickets. While Markram held on to his wicket at the other end, the Proteas twice lost wickets in clusters of three. David Miller’s woeful form and the inexperienced middle order didn’t help their case either.

However, armed with world class bowlers, South Africa got most things right with the ball, making the run-chase tight. Pacers Kagiso Rabada and Anrich Nortje bowled fiery opening spells before the spin duo World No 1 bowler Tabraiz Shamsi and Keshav Maharaj restricted runs in the middle over.