Teenager Jude Bellingham has become one of the most sought-after signatures in football and a display oozing class in England’s 6-2 rout of Iran in their World Cup opener may have considerably upped Borussia Dortmund’s asking price.

The 19-year-old central midfielder made his World Cup finals bow look like a walk in the park inside the Khalifa International Stadium, serving up a thoroughbred performance that set the tone for England’s dominant Group B victory.

England manager Gareth Southgate had come under fire during a six-game winless run in the Nations League ahead of the World Cup — his sides lacking fluidity and forward thrust. 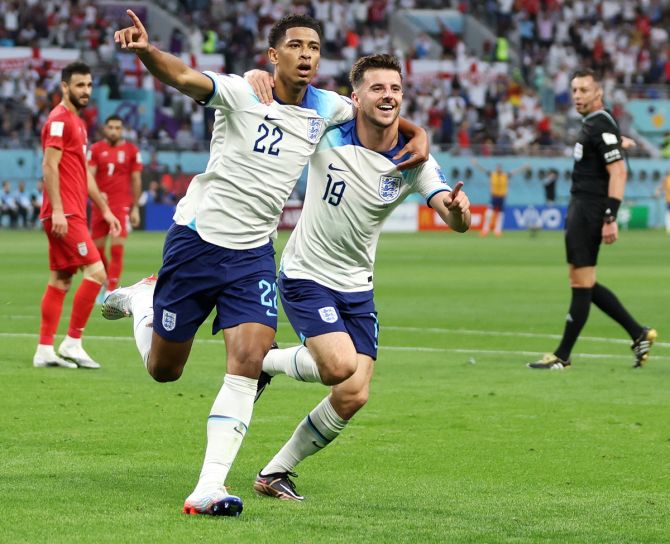 But a few shuffles to his formation on Monday, notably a four-man defence with Declan Rice in front as a holding midfielder and advanced full backs, provided the stage for Bellingham to run amok through Iranian ranks.

Covering the lush turf between the penalty areas like a high-powered sports car, Bellingham provided both a link out from defence and a late-arriving threat at the other end.

He was at the heart of a first half of total England domination and it was fitting that he opened the scoring in the 35th minute with his first international goal on his 18th appearance — a textbook header from Luke Shaw’s cross after ghosting into space inside the area.

It made Bellingham the youngest England scorer at a World Cup since Michael Owen in 1998 and the first player born in 2000 or later ever to score in the finals. 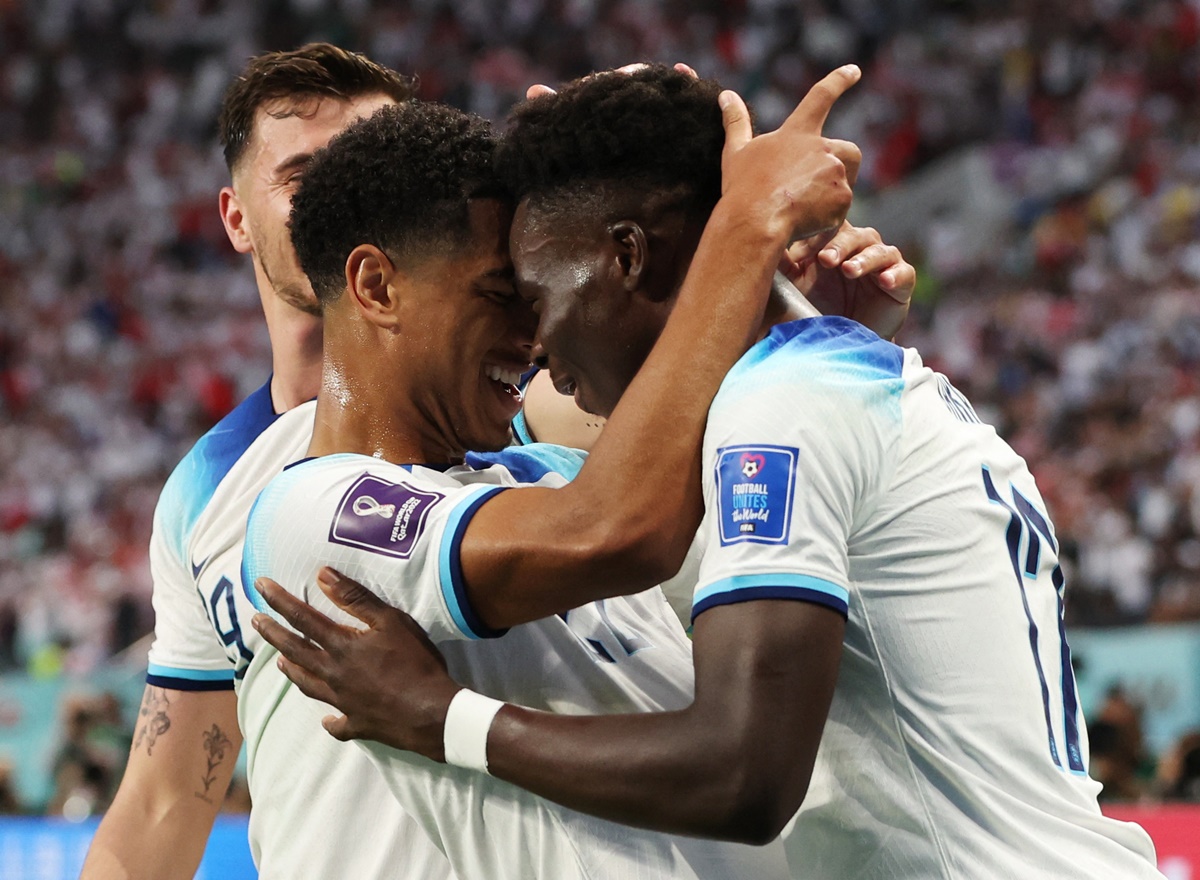 Perhaps the most telling statistic, however, was that the former Birmingham City player completed 40 out of 40 passes in the opening half, 10 of them in the final third of the pitch as he connected the lines of Southgate’s formation.

Bellingham, who Liverpool are reportedly willing to spend 100 million pounds ($118 million) on to bring to the Premier League, served up a display that was at times like watching former England midfield dynamos Steven Gerrard and Frank Lampard rolled into one.

“When you are watching him it is really easy to forget just how young he is,” BBC analyst Danny Murphy said.

Another former England midfielder Jermaine Jenas added: “Bellingham has been outrageous today. 19-years-old! Honestly, it’s scary. He is a throwback. England’s best quality today was their counterpress and he was at the forefront of that.”

Bellingham was certainly far too good for Iran but he was not the only one of Southgate’s youngsters to shine in a start that will have England fans’ hopes soaring again.

Mason Mount was an ideal foil alongside him in the centre, while 21-year-old Bukayo Saka scored two well-taken goals and marauded down the right wing as England ran riot.

Perhaps the most satisfying thing of all for Southgate was that England’s goal-scoring department has burst back to life even without talisman Harry Kane adding to his 51 goals.

The talk beforehand was of Kane matching the national record 53 goals of Wayne Rooney, possibly even against Iran.

Instead, by releasing the handbrake on a side packed with attacking potential, the goals were shared around with Raheem Sterling, Marcus Rashford and Jack Grealish all on target.

But if England are to go deep in Qatar, Bellingham could be the spark that ignites Southgate’s team.

“Wins take the pressure off, when you win games, you’re at ease for a little bit longer,” Bellingham said.

“But we’ve got to get ready for the next game and realise that a new challenge is incoming.”