The Brainsqueeze: Send your answers to [email protected] Name & City too 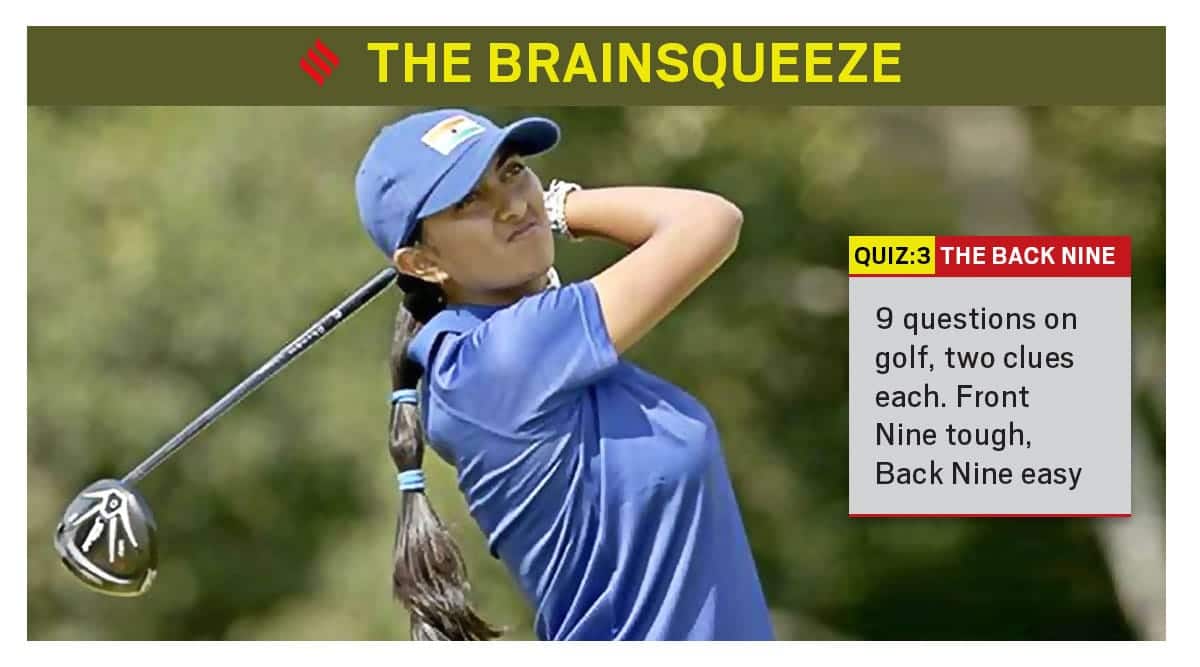 America thrashed Europe this last week in their backyard in golf’s most chirpy team Championship. And it’s also a month to Aditi Ashok getting Indians to set morning alarms to watch her at Tokyo Olympics.

Getting Gawffing (as the Scots say), this week’s quiz has 9 questions on GOLF. 2 Hints per question. But we’ll make them easier on the Back Nine – on the second clue.

Last time in France, this year in Wisconsin, next time at Rome.

FrontNine Clue: Aditi Ashok finished 15-under 269 overall at the par-71 Kasumigaseki Country at the Tokyo Olympics. So, her second round score would be…

FrontNine Clue: A golf format in which players are in two-man partnerships but they alternate taking shots and play one ball per hole.

FrontNine Clue: PG Wodehouse let it roll about pride & humility, with a short, low approach lofting it to greens: “Golf acts as a corrective against sinful pride. I attribute the insane arrogance of later Roman emperors almost entirely to the fact that having never played golf, they never knew the strange chastening humility which is engendered by a top xxxx shot.”

BackNine Clue: Automakers are making cuts on their output projections because of the world’s greatest ongoing shortage of this precious commodity.

FrontNine Clue: First name of this American star known for his ‘long drives’ and nicknamed
‘The Scientist’ for geeking out on tech and trialing it on his technique. He really Hulked out on the greens, when hecklers called him ‘Brooksie’ – with whom he has a running feud, on which they called ‘time please’ last week for the sake of country. He got them hecklers thrown out, though the greenigans will come back and tease.

BackNine Clue: The American-English travel writer who wrote a really short history of nearly everything.

FrontNine Clue: The last time US won the Ryder Cup on the road – traveling to Europe.
BackNine Clue: The year Baazigar released. And Sleepless in Seattle too. Also, Lederman’s science tome ‘The God Particle’. And Intel’s first Pentium chip.

FrontNine Clue: An auction style or bid placed on a golfer or a team that you think will win a tournament.
BackNine Clue: A Cup named after an Indian city awarded to winners of Scotland vs England in rugby