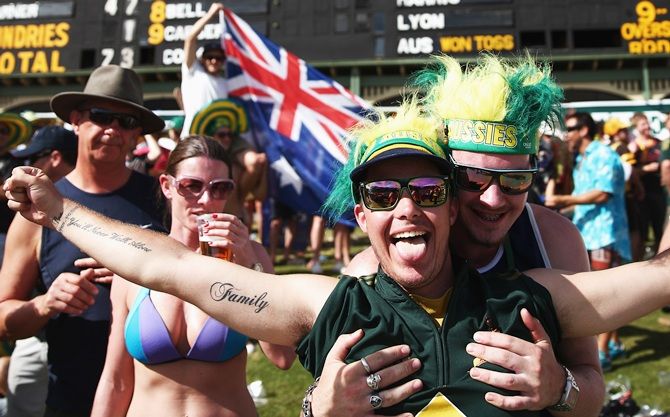 Cricket Australia is hoping for packed stadiums for this year’s Ashes series even if England’s ‘Barmy Army’ of travelling fans are unlikely to get into the country, interim chief executive nick Hockley said on Wednesday.

The schedule for Australia’s 2021-22 home season was confirmed on Wednesday with a maiden Test against Afghanistan in November starting proceedings before five Ashes contests over five weeks around the New Year.

Australia’s borders are still closed to all non-essential travel because of the COVID-19 pandemic, however, and the government said last week that might remain the case until the middle of next year.

CA said it had built quarantine periods for touring squads into the schedule but it is unlikely at this stage that England fans will be able to travel to support their team as they look to win back the Ashes.

“We’re all hoping for a summer of full crowds and an Ashes atmosphere we’re all accustomed to,” Englishman Hockley said in a statement.

“In a perfect world, we would welcome the Barmy Army back to these shores for a summer of singing and sportsmanship. Of course, we will be guided by the Australian government on all things related to international travel.”

The inaugural Test against Afghanistan was called off last year because of the COVID-19 pandemic but will now take place from Nov. 27-Dec. 1 at Bellerive Oval in Hobart.

The Ashes series will open at the Gabba in Brisbane on Dec. 8 before moving on to a day-night clash at Adelaide Oval followed by the Boxing Day test at the Melbourne Cricket Ground and New Year’s match at the Sydney Cricket Ground.

In a change from recent Ashes series in Australia, the fifth and final Test will take place at the 60,000-seater Perth Stadium from Jan. 14-18.

Australia will also play three One-dayers and a Twenty20 match against New Zealand in late January and early February followed by five 20-over matches against Sri Lanka to round out the 2020-21 home season.

The women’s Ashes will open with the Test match in Canberra from Jan 27-30, followed by three T20s and three One-dayers in February. The world champion Southern Stars will also host India in a one-day series with dates yet to be confirmed.