Brady, 42, did not come to new contract terms with the Patriots and will soon begin the epilogue to his Hall of Fame career in another NFL city. Tom Brady’s six Super Bowl victories will keep him in the discussion of greatest NFL players forever, but he has done something rarer in sports: He came to personify an entire region. In New England, where iconoclasm has been a virtue since the 1700s, Brady, a discarded college quarterback, was the plucky and ultimately beloved savior that turned the laughable New England Patriots into pro football’s greatest dynasty.

But Tuesday, a momentous day in NFL history, Brady announced that his time in New England was ending. An unrestricted free agent for the first time, Brady, 42, did not come to new contract terms with the Patriots and will soon begin the epilogue to his Hall of Fame career in another NFL city.

That Brady’s exit came on a St. Patrick’s Day in Boston when the bars were closed will only further dampen the spirits of Patriots Nation. To his fans, Brady was more than the cynosure of a pro football powerhouse, he was a favorite son worthy of insular protection. When the NFL made him the subject of a quizzical, protracted investigation about the inflation pressure of the team’s footballs in 2015, New Englanders furiously rebelled as if the league were disputing the legend of Paul Revere.

Elsewhere in the NFL community, Brady’s departure from New England will be widely celebrated. It is the dissolution of an unpopular, yet envied, empire that Brady built with Patriots coach Bill Belichick. Together, the duo spent decades vexing NFL rivals from coast to coast, often with stirring, improbable, last-minute comebacks that left lasting scars in the psyches of opposing fans.

At the same time, the Patriots were often chastised for skirting at the edges of league rules: fined for illegally videotaping an opponent, suspected of falsifying injury reports and accused of skulduggery while substituting players during games. In time, everything about Brady, from his noted sense of fashion — embodied by his marriage to supermodel Gisele Bündchen — to his health regimen, which includes Transcendental Meditation, yoga and strict diet choices, was a source of nationwide mockery. 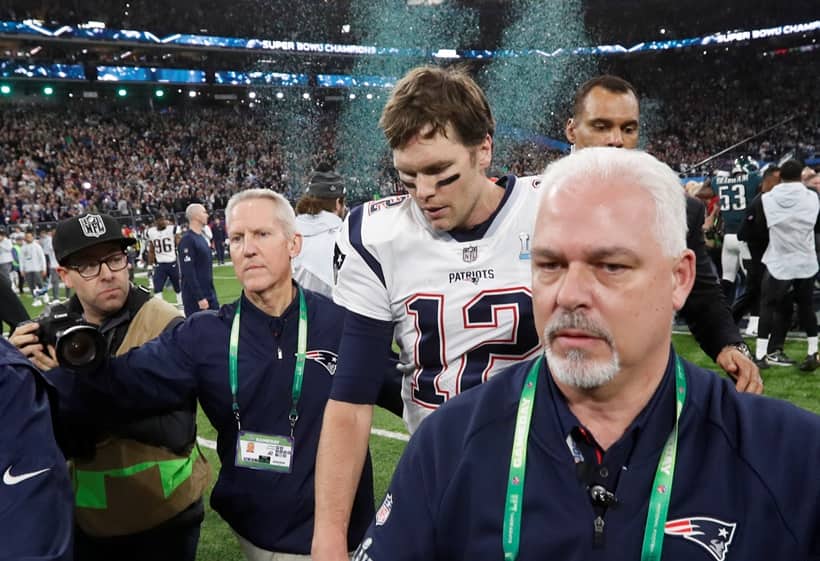 Now the Brady phenomenon, unrivaled in American sport, will find a new home.

“My football journey will take place elsewhere,” Brady, the 199th pick of the 2000 NFL draft, who has won four Super Bowl MVP awards and never had a losing season as a starting quarterback, said in a statement posted to his social media accounts. “It is time for me to open a new stage for my life and career.”

The sweepstakes to land Brady have begun, with suitors from Los Angeles to Florida.

In a telephone interview Tuesday morning, the Patriots’ team owner, Robert K. Kraft, said he hosted Brady on Monday night at his Brookline, Massachusetts, home and learned that it was Brady’s intention to leave New England. Kraft said the team was prepared to negotiate a new contract.

“My first choice was to keep him,” Kraft said. “If he wanted to be with us, we could have worked something out.”

Kraft added, “But anyone who’s spent 20 years with us and won six Super Bowls earned the right to his freedom.”

Kraft said Brady was “like a son” and described their conversation as positive but “very emotional.”

It is Belichick, however, who oversees personnel moves for the Patriots and who had months to extend Brady’s New England career but declined to do so. This week, with Brady’s contract set to expire Wednesday, Belichick spent the available money under the Patriots’ salary cap to sign other free agents instead.

There were still ways to find more contract money, if Brady was willing to make some financial sacrifices, which he had done for the team several times. But for months, Brady, a California native, has been signaling he might weigh a different path this year and was looking forward to free agency and the new possibilities it might hold.

“Who knows what the future holds, so we’ll leave it at that,” Brady said after his final game in January, a shocking loss to the Tennessee Titans in the wild-card playoff round.

Belichick and Brady combined to win more Super Bowls than any other quarterback-coach pairing in history. Belichick will now be under pressure to prove that his handling of Brady’s only opportunity at unrestricted free agency — the coach’s most notable, meaningful personnel decision — was as astute as the dozens of successful choices that preceded it. The Patriots will now move on to a younger quarterback. Brady’s backup last season was Jarrett Stidham.

In a statement issued by the Patriots, Belichick called Brady “the greatest quarterback of all time.”

“Tom was not just a player who bought into our program — he was one of its original creators,” Belichick said.

The coach continued: “Tom and I will always have a great relationship built on love, admiration, respect and appreciation. Nothing about the end of Tom’s Patriots career changes how unfathomably spectacular it was.” 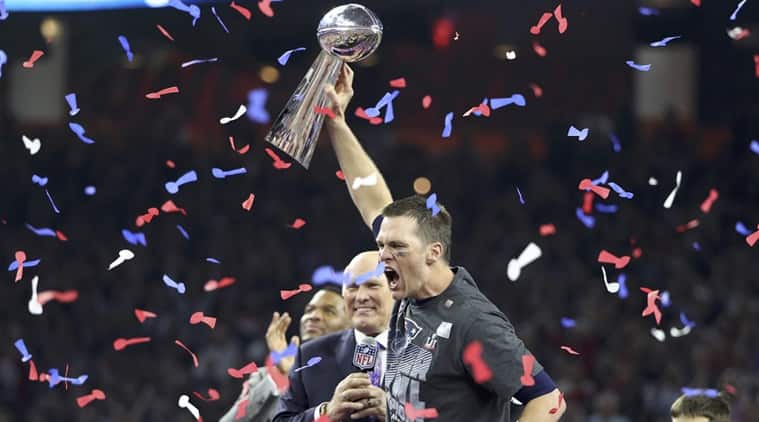 Brady’s career always seemed laced by a bit of folklore. In interviews years after he left the University of Michigan, he described how he ran from his California home crying as he watched the 2000 NFL draft unfold on television, crestfallen that he was passed over in all the top rounds of the event. (Ultimately, he was taken in the sixth, or second-to-last, round.) And just as dramatically, there is a perhaps apocryphal story often told by Kraft that Brady, carrying a pizza box, had a chance meeting with Kraft in the parking lot of the team’s home stadium after a preseason practice in 2000.

Brady, Kraft said, told the owner, “I’m the best decision this organization has ever made.”

It was a presumptuous remark, but in the end, not inaccurate.

The Patriots at the time had never won an NFL championship and played in Foxborough, Massachusetts, a remote, sleepy town roughly an hour from Boston. Practically an afterthought in pro football, the Patriots gave Brady his chance to start at quarterback only because of an injury to the team’s star.

But Brady had been undervalued, and he had an almost cosmic aura about him. When he led the Patriots to the 2001 playoffs in his first season at the helm of the team’s offense, it appeared they would narrowly lose on a Brady miscue in the waning moments of a home game played in a snowstorm. Instead, an extremely obscure rule nullified Brady’s transgression, and he improbably led the Patriots to an unscripted, overtime victory. Soon, the Patriots were in the Super Bowl, albeit as two-touchdown underdogs, but Brady stunned the vaunted St. Louis Rams to become the youngest quarterback in NFL history to win a Super Bowl.

Even more improbably, he would win three Super Bowls in his first four years as a starter. His every move off the field was noted as he achieved a celebrity status akin to Derek Jeter, LeBron James or Roger Federer’s. When he tore a knee ligament on a legal hit to start the 2008 season and could not play for the rest of the year, the league altered its rules prohibiting the kind of collision that had caused the injury.

Brady appeared on television shows, made movie cameos and pocketed millions of dollars for sponsoring everything from luxury watches to UGG boots. He became a fixture internationally with Bündchen, who, he liked to joke, earned more than twice what he did.

The Patriots, meanwhile, grew into one of the NFL’s most profitable teams. A new Patriots stadium, enveloped by a shopping mall, commercial district and hotels, made tiny Foxborough a household word synonymous with recurring championships.

Brady, who arrived unheralded 20 years ago, did not fade away even as he aged, winning Super Bowls in three of his final five seasons. Last season, the Patriots lost in the first round of the playoffs. Brady’s last pass of that game was uncharacteristically intercepted and returned for a touchdown.

After the game, he was twice asked if he wanted to return to the Patriots, or expected to, and both times he referred to his Patriots experiences in the past tense.

Asked again to assess his time with the Patriots, he looked puzzled, but finally said:

“There’s nobody that’s had a better career, I would say, than me, just being with them.”