Earlier, the four Champions League round of 16 second-leg ties postponed because of COVID-19 in March will be played next month in the stadiums of the home teams providing travelling is possible without restrictions, UEFA said on Thursday.

TThe matches are due to be played on Aug 7-8.

Real Madrid or Manchester City vs Lyon or Juventus.
RB Leipzig vs Atletico Madrid
Napoli or Barcelona vs Chelsea or Bayern Munich.
Atalanta vs PSG 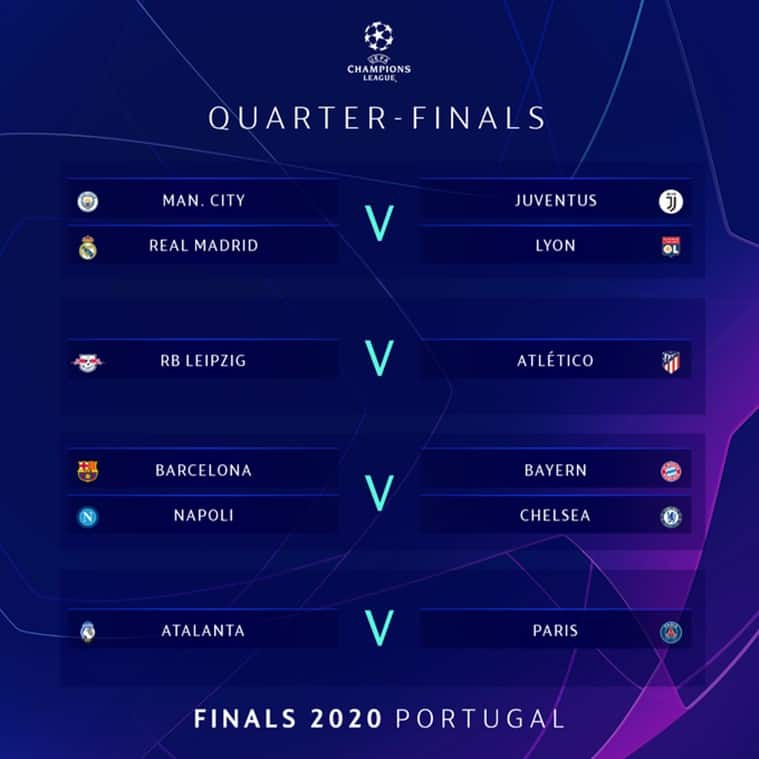 Champions League will conclude in a tournament-style event out in Lisbon.