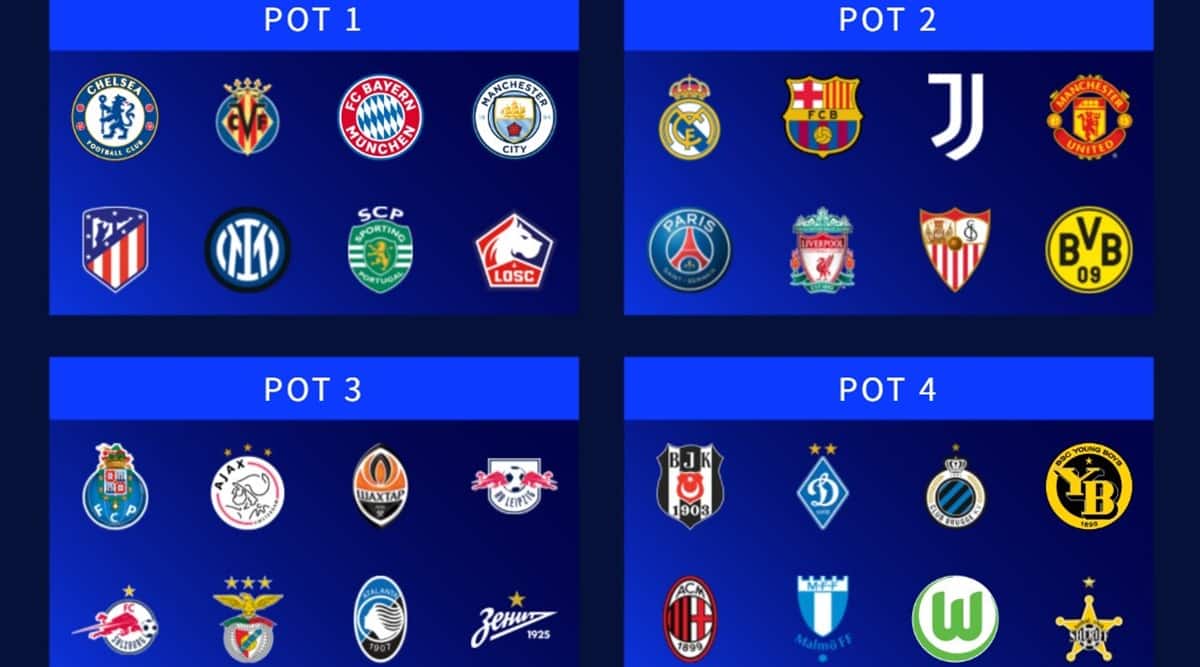 There are some unusually low-ranked teams among the top-seeded clubs. Top status is given to the Champions League and Europa League title-holders plus winners of the six highest-ranked domestic leagues.

That means French champion Lille is among the top seeds despite being the lowest-ranked team of all 32 in the draw, just as it was two years ago when losing five of six games. Europa League winner Villarreal and Portuguese champion Sporting also have relatively low rankings.

In contrast, the pot of second-seeded teams is loaded with serial winners of European trophies plus Paris Saint-Germain’s team of superstars, including Lionel Messi. In Pot 2, the lowest-ranked team based on European results since 2016, Borussia Dortmund, is ranked higher by UEFA than half of the top seeds.

There will be a new Sheriff in the Champions League draw on Thursday, giving Moldova its first entry in the group stage alongside rebel clubs who tried to launch their own elite breakaway. Sheriff advanced easily with a 0-0 draw at Dinamo Zagreb on Wednesday after winning 3-0 in the home leg of their playoff last week.

The group stage draw will be held at 9:30 PM IST on Thursday, August 26, in Turkey’s largest city Istanbul.

How to watch the group stage draw games live?

The fixtures can also be followed live online on SonyLiv or UEFA’s official website.

When will the group matches take place?

The upcoming group stage draws will kick off on September 14.