Boris Johnson tweeted that "those responsible for this appalling abuse should be ashamed of themselves." 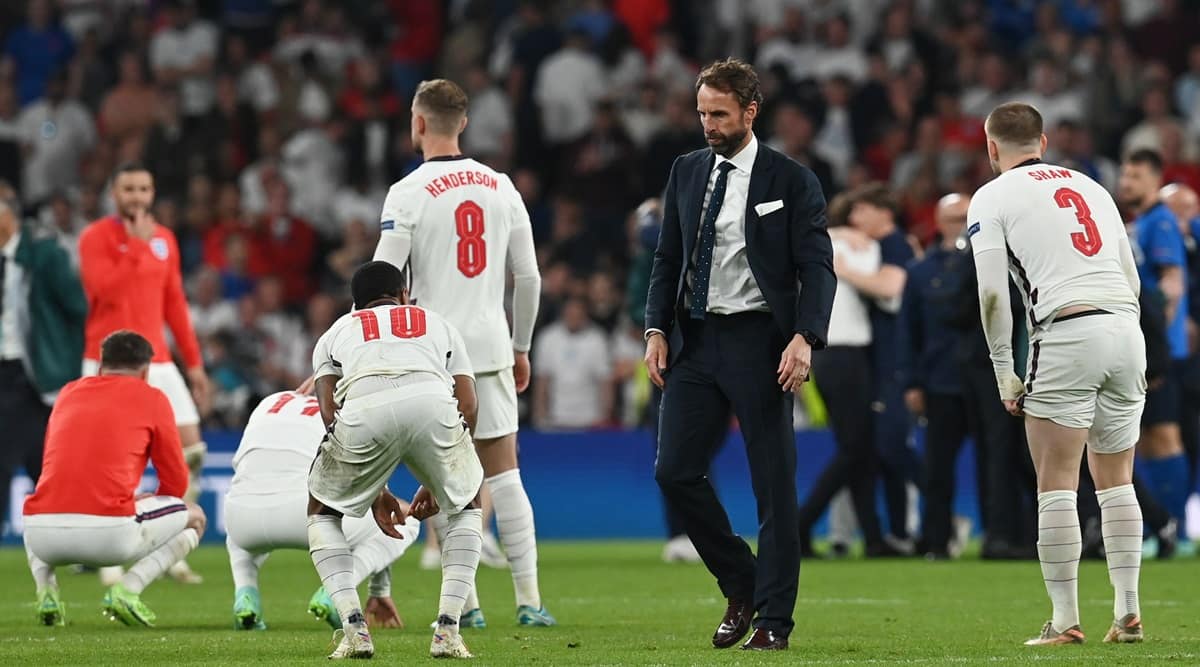 British Prime Minister Boris Johnson on Monday condemned the racist abuse directed at three Black England players who missed their penalties in the team’s shootout loss to Italy in the final of the European Championship.

Johnson tweeted that “those responsible for this appalling abuse should be ashamed of themselves.”

Marcus Rashford’s penalty hit the post and spots kicks from Bukayo Saka and Jadon Sancho were saved by Italy’s goalkeeper on Sunday night. Italy won the shootout 3-2 after a match that ended 1-1 after extra time.

The 19-year-old Saka missed the decisive penalty that gave the title to Italy and denied England its first major international soccer trophy since the 1966 World Cup.

England’s Football Association issued a statement saying it was “appalled” by the “disgusting behavior.”

London police condemned the “unacceptable” abuse, adding it will be investigating the “offensive and racist” social media posts.

“There is absolutely no place for racism in football or anywhere else,” he wrote in a Twitter post. “Those responsible for the disgusting online abuse we have seen must be held accountable – and social media companies need to act immediately to remove and prevent this hate.”

Racist abuse directed at players was reported earlier in the tournament.

After a legal complaint by several anti-racism groups, the Paris prosecutor’s office launched an investigation into a raft of racist tweets after France lost on penalties to Switzerland in the Round of 16.