Prithvi Shaw slammed a 122-ball 165 and powered his team to a comfortable 72-run win over Karnataka in the semi-final of the Vijay Hazare Trophy on Thursday. 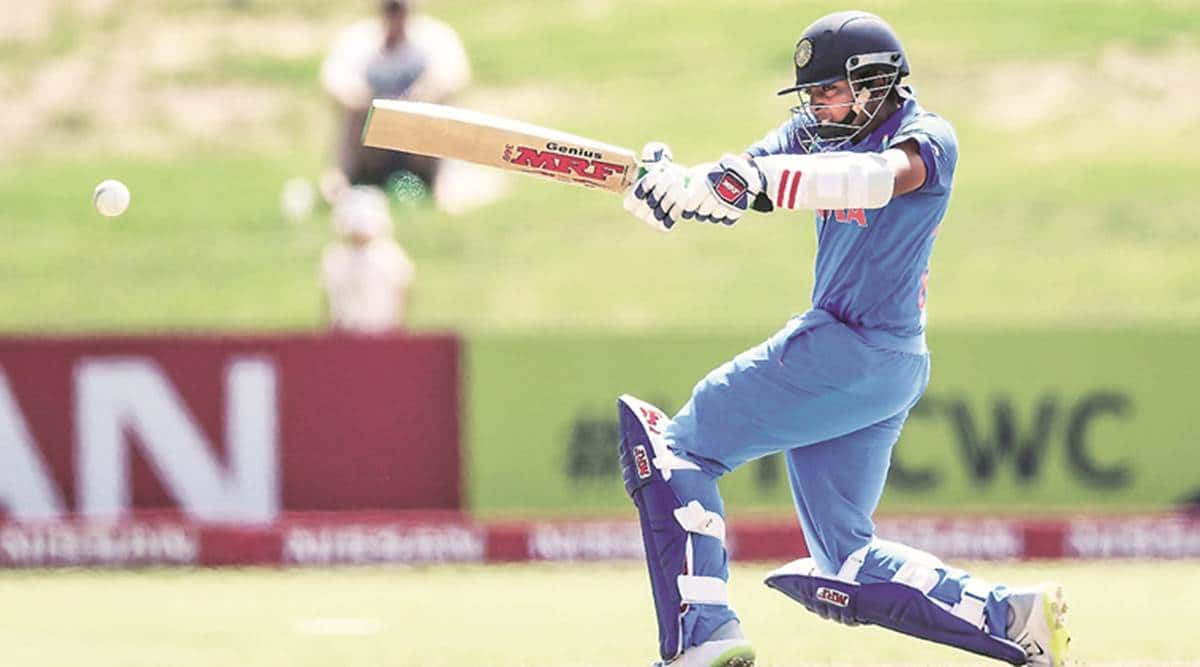 Mumbai’s in-form skipper Prithvi Shaw slammed a 122-ball 165 and powered his team to a comfortable 72-run win over Karnataka in the semi-final of the Vijay Hazare Trophy on Thursday.

Mumbai will meet Uttar Pradesh in the final at the Feroz Shah Kotla on Sunday. In the other semi-final, UP defeated Gujarat by five wickets.

Owing to Shaw’s brilliance, Mumbai posted 322 after being put in to bat at the Airforce ground before bowling out the opposition for 250, with their bowlers putting up a splendid performance.

It was Shaw’s show all the way as he toyed with an experienced Karnataka attack, and went on to register his fourth century of the tournament, hammering 17 fours and seven maximums.

Opener Yashasvi Jaiswal (6) fell early, with Mumbai at 11/1. But Shaw went on the offensive and spared no bowler even as wicket-keeper Aditya Tare (16) played second fiddle to his marauding partner at the other end.

Shaw and Tare rallied the innings and forged a 71-run stand for the second wicket. Leggie Shreyas Gopal (1/82) broke the partnership after castling Tare.

However, the diminutive right-hander kept on playing his shots. He raced to his fifty in 48 balls and then completed his second successive ton in 79 deliveries. He found an able ally in all-rounder Shams Mulani (45; 4×4), who played his role to perfection.

The two added 159 runs for the third wicket with Shaw being the more aggressive one. Mumbai notched up the team’s 200 in 34.1 overs.

Shaw, who now holds the record for highest individual score in the tournament and highest score by an Indian in List A chase, continued to pummel the attack into submission and completed his 150 in 111 balls.

Karnataka pegged back Mumbai by dismissing both the set batsmen in quick succession as they slipped to 243/4.

Aman Khan (25), Shivam Dube (27) got starts but failed to convert as the Karnataka bowlers, led by pacer V Vyshak (4/56), rattled the Mumbai middle and lower order.

Chasing 323, Karnataka lost skipper R Samarth (8). Then Devdutt Padikkal (64) and Siddharth KV (8) tried to rally the innings, with their 68-run-stand, but it was 22-year-old off-spinner Tanush Kotian (2/23), who inflicted Karnataka a double blow by dismissing Siddharth and skipper Manish Pandey.

Leg-spinner Prashant Solanki (2/61) put Mumbai on top after castling the dangerous Padikkal, who was in ominous touch, and had by then smashed nine fours and a six. Karnataka were reeling at 97/4 at that stage.

BR Sharath (61) delayed the inevitable and tried to put up a fight, but that wasn’t enough.

Padikkal ended the tournament with 737 runs.

UP ride on Nath’s all-round show to reach final

They will meet Mumbai in the final at the Feroz Shah Kotla on Sunday.

Opting to bat at the Ferozshah Kotla, Gujarat top-order put up an ordinary show and found the going tough against some relentless UP bowling attack to be bundled out for a paltry 184 in 48.1 overs with Nath taking 1 for 29 in 6 overs apart from pacers Yash Fayal and Aaqib Khan finishing with three and two scalps respectively.

In reply, UP survived some early hiccups before Nath wrested control with a calculated 104-ball 71 (8×4), while the in-form Upendra Yadav sealed the issue with an unbeaten 31 from 25 balls.

Fresh from his match-winning 112 against Delhi in the quarterfinal, Yadav came to the crease after UP lost their set duo of skipper Karan Sharma (38) and Akshdeep in quick successions.

Yadav held his nerves and ensured that there’s no more jitters as he smashed one six and three boundaries to script the win with 44 balls to spare.

UP had last made the final in 2004-05 season when they shared the trophy with Tamil Nadu after a tied finish.

Hailing their disciplined bowling effort, UP skipper Sharma said they executed their plans well to ensure the easy win.

“Initially, the ball was skidding the idea was to bowl wicket to wicket and not give away any loose deliveries. We just stuck to our plan and it resulted in the success,” Sharma said.

Gujarat skipper Priyank Panchal blamed it on the sloppy batting and said they threw way their initial few wickets.

“Batting was poor initially and we gave way two-three quick wickets. We could have taken the score to 240-mark which would have made it difficult for them,” he said.

Asked whether they decision to bat first was a mistake, he said: “We were positive and confident about our batting but those initial few wickets cost us dear.”

UP new ball duo Dayal (3/71) and Aaqib (2/22) shared five wickets among them and it was their discipline and control that did not allow Gujarat to break free.