The wax statue of one of the world's leading batsmen will be on display at Madame Tussauds from Thursday until July 15 – remaining at the museum for the duration of the tournament. 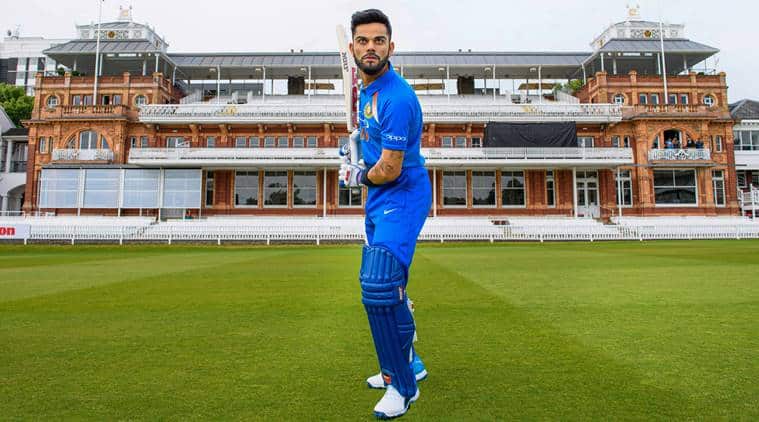 Renowned wax museum Madame Tussauds on Wednesday unveiled India captain Virat Kohli’s statue at Lord’s Cricket Ground here to mark the launch of the ICC World Cup. The wax statue of one of the world’s leading batsmen will be on display at Madame Tussauds from Thursday until July 15 – remaining at the museum for the duration of the tournament.

Steve Davies, General Manager at Madame Tussauds London, said: “Cricket fever is set to sweep the nation in the coming weeks so what better way to unveil our new figure of Virat Kohli than with the help of our neighbours at Lord’s.

“We hope that cricket fans will enjoy not only watching their hero on the pitch but taking to the crease with him here at Madame Tussauds London.”

Pictured for the first time at the iconic Lord’s, the statue is dressed in the official Indian kit as well as shoes and gloves donated by the sportsman himself. From Thursday onwards, Kohli will sit alongside legends such as Usain Bolt, Sir Mo Farah and fellow Indian cricket star Sachin Tendulkar.

Tarah Cunynghame, Head of Retail & Tours at Lord’s Cricket Ground, said: “Lord’s is the perfect backdrop to reveal this fantastic figure of Virat Kohli on the eve of the Cricket World Cup. The anticipation of the exciting summer of cricket has already started, with thousands of visitors coming to the Ground and enjoying a tour of Lord’s and around the MCC Museum.

“The figure of the famous batsman will delight any cricket fans visiting Madame Tussauds London.”