Bangladesh, a favorite to qualify for Super 12, struggled against Scotland's seam and spin and could hit only eight boundaries and four sixes. 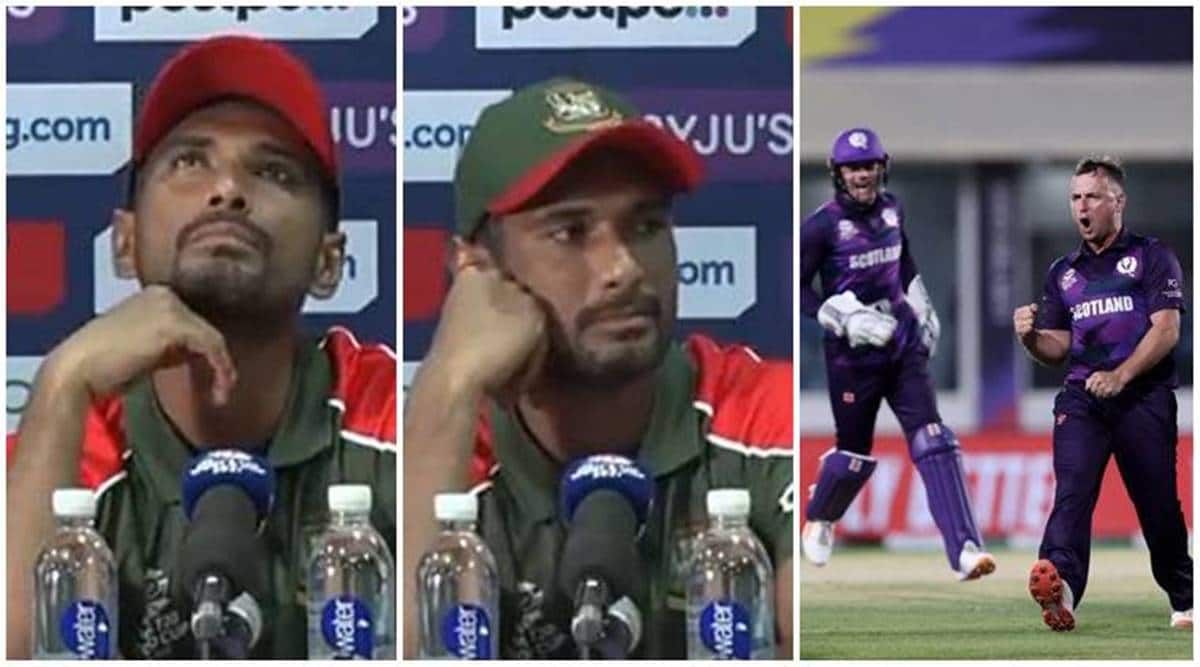 Scotland pulled off a major upset against Bangladesh with a six-run victory on the opening day of the T20 World Cup on Sunday.

Chris Greaves first lifted Scotland to 140/9 after Bangladesh won the toss and its spinners had reduced the Scots to 53/6 in the 12th over.

He then picked up the key wickets of Mushfiqur Rahim (38) and Shakib Al Hasan (20) with his leg-spin bowling, eventually restricting Bangladesh’s chase to 134/7.

“It was a great game,” Greaves said. “I’m just glad I could contribute in the way I did. Incredible.”

The “bowlers did their job really well but (our) batting unit wasn’t good enough,” Bangladesh skipper Mahmudullah said. “Credit goes to their batters, they had a good finish. We still need to be positive and figure out where we made mistakes, and not try to repeat them.”

However, during the press conference, a visibly upset Mahmudullah had to keep calm as the Scottish players and fans erupted in wild celebrations.

The top two teams from each of the two groups in the first round will advance to the Super 12 stage that starts in the United Arab Emirates next Saturday.

Bangladesh, a favorite to qualify for Super 12, struggled against Scotland’s seam and spin and could hit only eight boundaries and four sixes.