The Pakistani team visited the Namibian dressing room after the match and congratulated the emerging team for their combative approach. 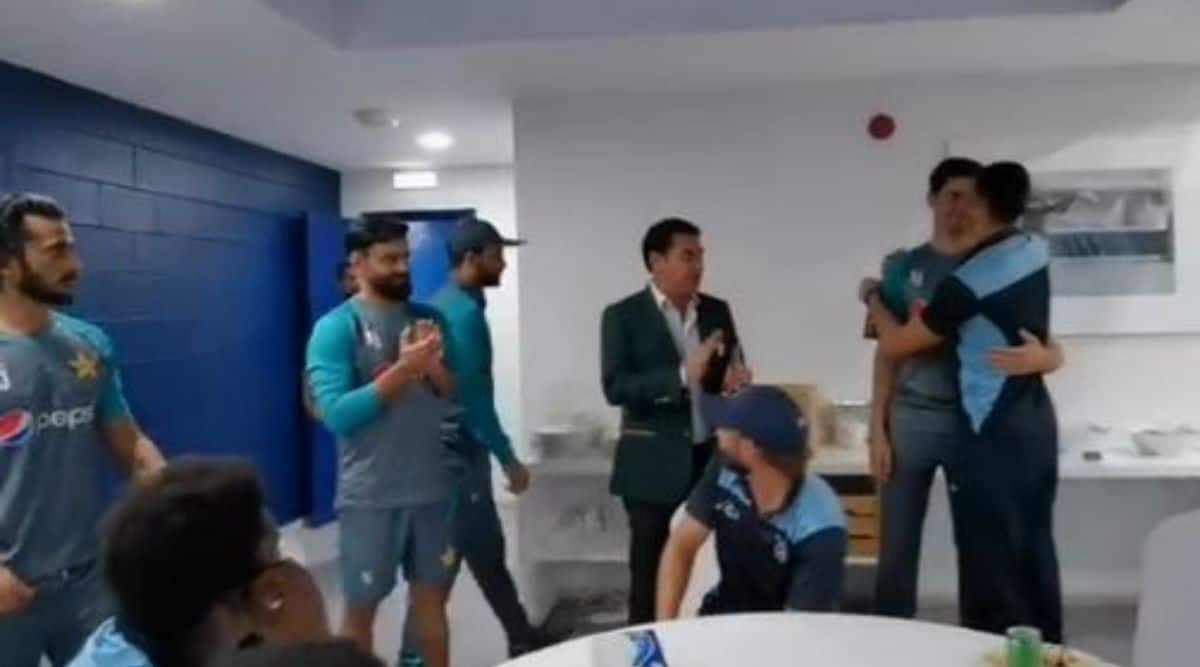 Pakistan beat Namibia by 45 runs on Tuesday and secured a semifinals berth in the ongoing T20 World Cup. This is their straight fourth win in the tournament. The victorious Pakistani team is being hailed for not only the impressive wins but for a gesture they showed after the match.

The team visited the Namibian dressing room after the match and congratulated the emerging team for their combative approach. Namibia, with their fighting spirit, disallowed Pakistan to have any walkover. The Pakistan Cricket Board (PCB) shared a video on their official Twitter handle in which the Pakistan cricketers, along with an official, can be seen entering the dressing room and bucking up the Namibian players.

Mohammad Rizwan, who powered Pakistan into the T20 World Cup semifinals with a blistering 79 not out, on Tuesday, said the plan was to take the game deep after struggling to get going early on.

Opting to bat, Pakistan were off to a sedate start with just 59 runs on the board at the halfway mark, but the opening duo of skipper Babar Azam and Rizwan ended up adding 113 runs to propel their team to 189 for two in the Super 12 match.

He credited senior batter Mohammad Hafeez for his cameo of 32 from 16 balls, which allowed him to settle down before going for the kill in the final over, which yielded 24 runs.

Namibian skipper Gerhard Erasmus said they were well aware of Pakistan’s strengths.”We knew from the start that Pakistan are high quality, they look like title contenders, we knew we’d have to compete hard and I thought we did that for quite a while.”

Pakistan were outstanding with their shot selection and their quality showed through the back end of the innings.” The skipper, who had a sore finger, added: “Finger’s sore but you have to get through, it’s a real milestone for cricket in Namibia.”