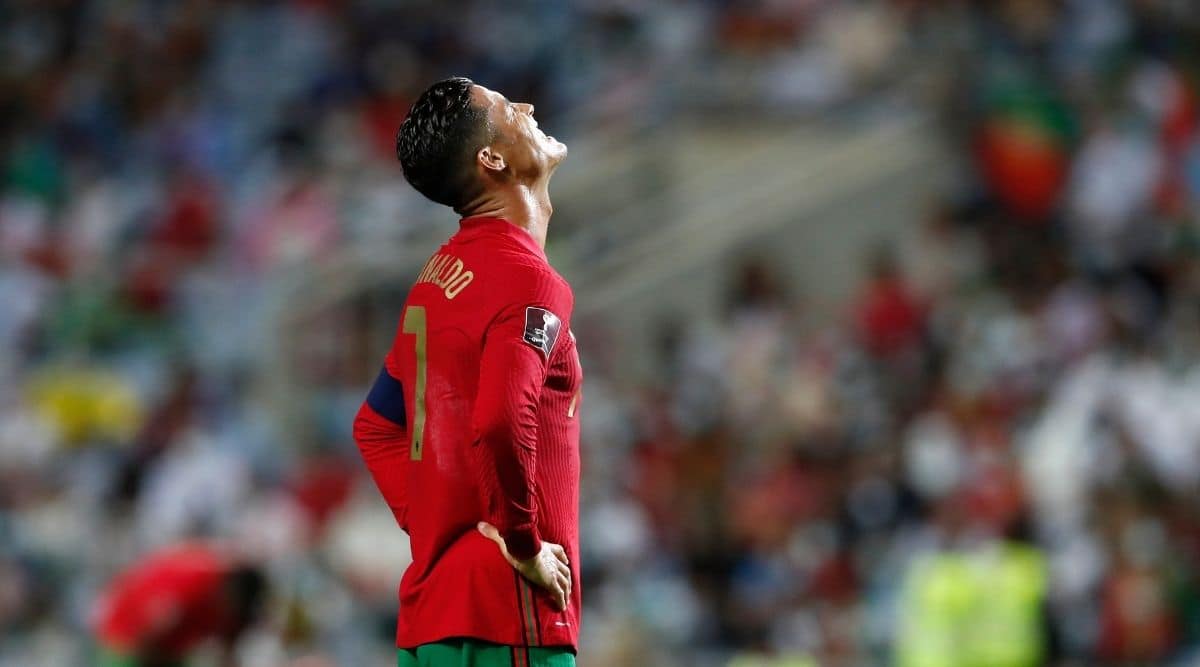 On a day when Portuguese superstar Cristiano Ronaldo broke the all-time international goalscoring record with his 110th Portugal goal and scored an injury-time winner to salvage his country a dramatic 2-1 World Cup qualifying victory over the Republic of Ireland in Faro, he was also in the eye of a controversial storm.

In the 10th minute of the game, Ronaldo’s Portugal teammate Bruno Fernandes went down under contact from Jeff Hendrick, after Ireland misplaced a pass in their own penalty area.

There was a lengthy VAR check on the penalty and the penalty was given. As Ronaldo was preparing to take the spot kick, West Brom man O’Shea rolled the ball away from the spot and the Portuguese striker appeared to punch O’Shea’s arm. The incident, however, went unpunished.

The day went from bad to worse for Ronaldo when the ensuing spot kick was saved by teenage goalkeeper Gavin Bazunu, a teenager who is on loan at English third-tier side Portsmouth from Manchester City.

In the match that was visibly frustrating Ronaldo, Ireland claimed a shock lead in the first half from a corner as centre-back Egan leapt highest to glance a header into the far corner of the net.

Portugal started the second half brightly although it was Ireland who almost doubled their lead, as Brighton forward Connolly fired wide under pressure from Joao Palhinha, with his penalty appeals for an apparent nudge in the back waved away.

The Euro 2016 champions predictably piled on the pressure in the final half an hour, with Bernardo Silva inexplicably blazing over from only seven yards out. Ronaldo saw a free-kick from the edge of the box saved by Bazunu, but he powered a header into the net just seconds later.

James McClean almost grabbed all three points for Ireland as his shot was kept out by Patricio. But with the allocated five minutes of injury time already played, Ronaldo met Joao Mario’s cross with another towering header. Ronaldo was booked for his celebration and will miss Portugal’s next qualifier against Azerbaijan next week through suspension.