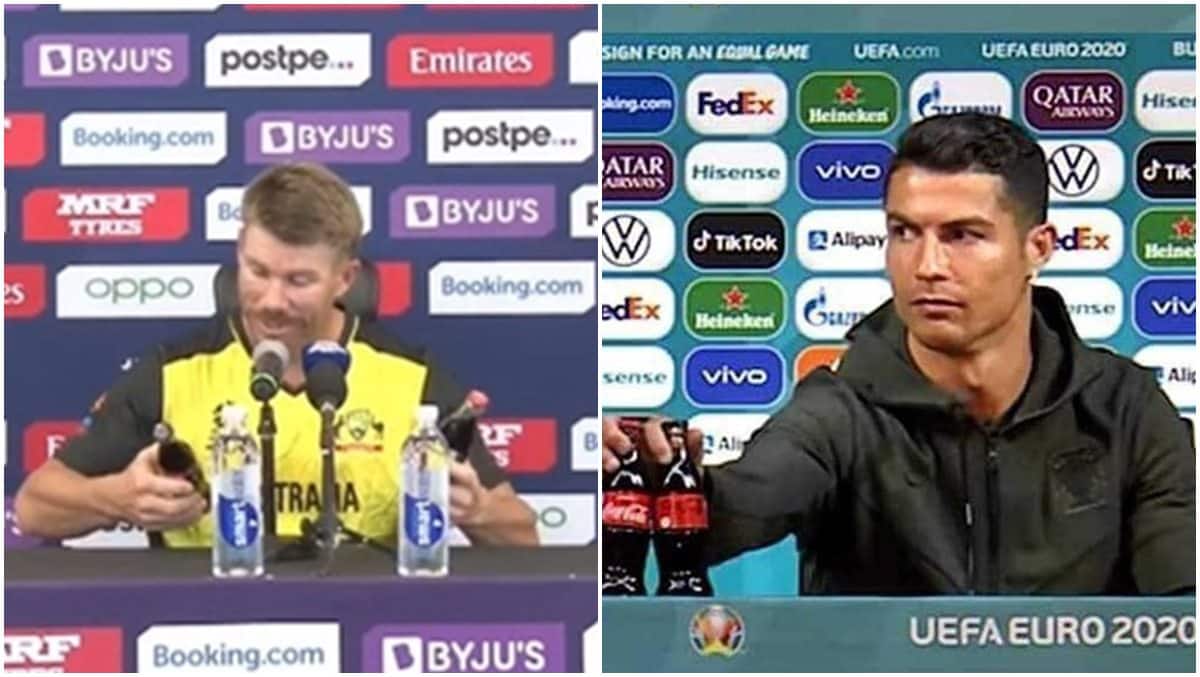 Star Australian opener David Warner did a Cristiano Ronaldo during the ongoing T20 World Cup here as he removed Coca Cola bottles placed in front of him during a press conference for a brief while.

Just before the start of the press conference after he guided Australia to a seven-wicket win over Sri Lanka here on Thursday, Warner grabbed the two soft drink bottles lying in front of him and said with a smile, “Can I remove these? Though I have to put it there.”

The footage of Warner removing the bottles attracted considerable social media attention but any financial fallout is not known yet.

A well-known fitness enthusiast, Ronaldo set aside two Coca-Cola glass bottles which lay in front of him during a press conference ahead of Portugal”s opening Euro match against Hungary.

The 36-year-old striker picked up a bottle of water saying “Agua!” in Portuguese, seemingly urging people to choose water over aerated drinks.

The 35-year-old Warner, who has gone through a lean patch, was back in his elements on Thursday as his sizzling 42-ball 65, which had 10 fours, made it easy for Australia to chase down the target of 155 in only 17 overs.

It was Australia’s second win in as many Super 12 games and they look like a strong contender apart from England in the group to move into the semifinals.