Already out of reckoning for a place in the next round of the FIFA 2022 World Cup qualifiers, India are currently placed fourth in the group with three points from five matches. Indian players should be brave enough to accept that the national football team did not play to its potential during the 2022 FIFIA World Cup qualifiers, experienced defender Sandesh Jhingan said on Tuesday.

Already out of reckoning for a place in the next round of the World Cup qualifiers, India are currently placed fourth in the group with three points from five matches.

From the remaining fixtures, the side will hope to collect as many points as possible and finish third so that it can seal automatic qualification for the 2023 Asian Cup qualifying third round.

India are scheduled to play Asian champions Qatar on June 3, Bangladesh on June 7, and Afghanistan on June 15 with all three matches to be played at the Jassim Bin Hamad Stadium here.

“We can never take things for granted. The team needs to stay focussed on the job at hand. It hasn’t gone the way it should have,” said Jhingan, who has returned to the national team after more than seven months.

“I will be the first one to raise my hand and say that we haven’t been able to play to our potential. It’s not gone the way we all would have wanted it to go – especially after such a promising start.

“We need to be brave enough, raise our hand and take the blame for it. I reiterate, we haven’t played to our potential.”

Jhingan is back to the scheme of things after recovering from his knee injury.

“It’s a relief. I am happy that I have been able to get back after the injury lay-off. A man’s greatest honour is to represent his country. In that sense, I am lucky, grateful and thankful whenever I get a call-up. ”

Jhingan had been sidelined by the injury since October last year, which forced him to miss the entire ISL season for Kerala Blasters FC. He sustained the injury ahead of the FIFA World Cup qualifier against Bangladesh in October 15 last year.

The talismanic India footballer said the team needs to learn from its mistakes going forward.

“It’s a human tendency to remember and talk about the negatives. In Dubai, we drew Oman who are such a good side — that too with 10 debutants. People don’t talk about how we came back from behind, and had it been a little longer, we could have won.

“I am a person who has believed in the process and the roadmap which (coach) Igor (Stimac) has laid down for us. Sometimes you win, sometimes you lose. But right through my career I have learnt that you learn more from your failures. You just need to stay positive and keep going,” he said.

Asked about India’s preparation for the upcoming matches, Jhingan said: “Anyone who understands football will know the importance of a proper preparatory camp, and how important a friendly match is in preparation for a major tournament.”

“Owing to the pandemic we lost out on friendly matches in Dubai which isn’t ideal. But there are always two ways of looking at things. The easier option could have been to throw in the towel but the great squad which we have ? we are there to fight.”

By his own admission, he draws a lot of inspiration from the admiration he gets from coach Stimac, who considers him as an “Ironman”.

“As an individual, it means a lot when you get so much confidence from your coach. Every time I have tried to improve as a player, he has always helped me. It motivates me to work hard. But it also hurts me that I couldn’t play a part. ”

Jhingan said spending time in bio-bubble in the times of COVID-19 pandemic is tough, but for him national duty is paramount than anything else.

“After all, we are also human beings and not robots. Our families are back in India. But the call of the nation supersedes everything. As professional players when we signed contracts, we were aware of the obstacles that could have come our way,” he concluded. 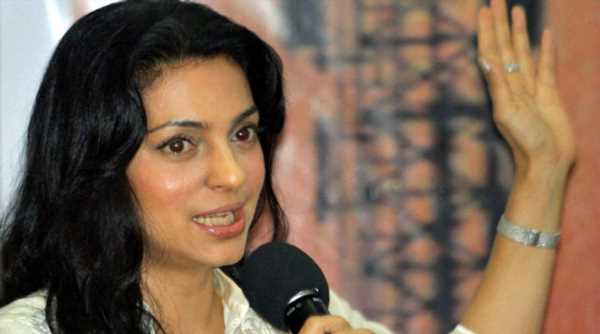 Where did Juhi Chawla go wrong?

‘Javedsaab is not joining Politics’
Lifestyle