Mohali saw a reunion of sorts as Virat Kohli and Yuvraj Singh caught up ahead of India’s first T20I against Australia at the I S Bindra stadium. 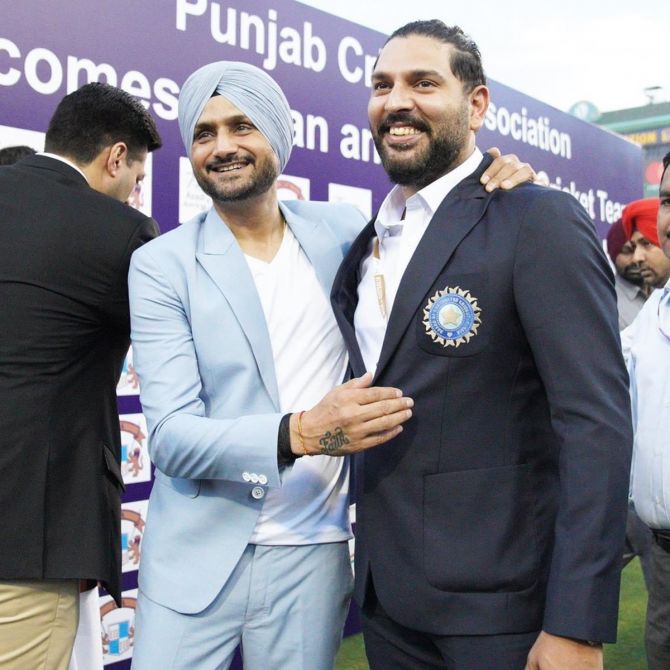 The 2011 World Cup hero got a tad emotional when he was asked about the BCCI blazer he was wearing as he entered the premises.

‘It’s a nice feeling to be back at the PCA stadium like this. I am wearing the BCCI blazer at my own stadium for the first time. It feels wonderful to be called by my former parent association and get acknowledged,’ Yuvi said. Yuvi, who played international cricket for almost two decades before calling time on a glorious career in 2019, was at the stadium with buddy Harbhajan Singh, now a Rajya Sabha MP from the Aam Aadmi Party.

Two stands at the stadium were named after Yuvi and Bhajji, two of India’s finest vcricketers this century.

Kohli, in the meantime, didn’t have a great day on the field. He came in to bat at No 3 after Josh Hazlewood got Rohit Sharma, who scored 11 off nine balls with one four and a six.

Kohli didn’t survive for long. He tried to hit fast bowler Nathan Ellis down the ground, failed to get the timing right and Cameron Green took a simple catch in the infield.

Twelve days after scoring his first T20I hundred in the Asia Cup 2022 game against Afghanistan, Kohli returned to the dugout after scoring two runs off seven balls.