If Royal Challengers Bangalore are at the bottom of IPL 2021’s Fair Play list, look no further than these images during the game that RCB lost to Kolkata Knight Riders at the Sharjah cricket stadium, October 11, 2021.

Umpire Virendra Sharma had ruled KKR’s Rahul Tripathi not out after RCB leg-spinner Yuzvendra Chahal appealed for a leg before decision.

Sharma’s decision was overturned after RCB Skipper Virat Kohli took the DRS, but before that happened, look at what transpired between Kohli, the RCB players and the umpire.

Clearly, it is not something that children watching Kohli’s antics on television would like to copy.

Please click on the images for a better look at what happened. IMAGE: Not out says Umpire Virendra Sharma as the RCB players stare at him in disbelief. 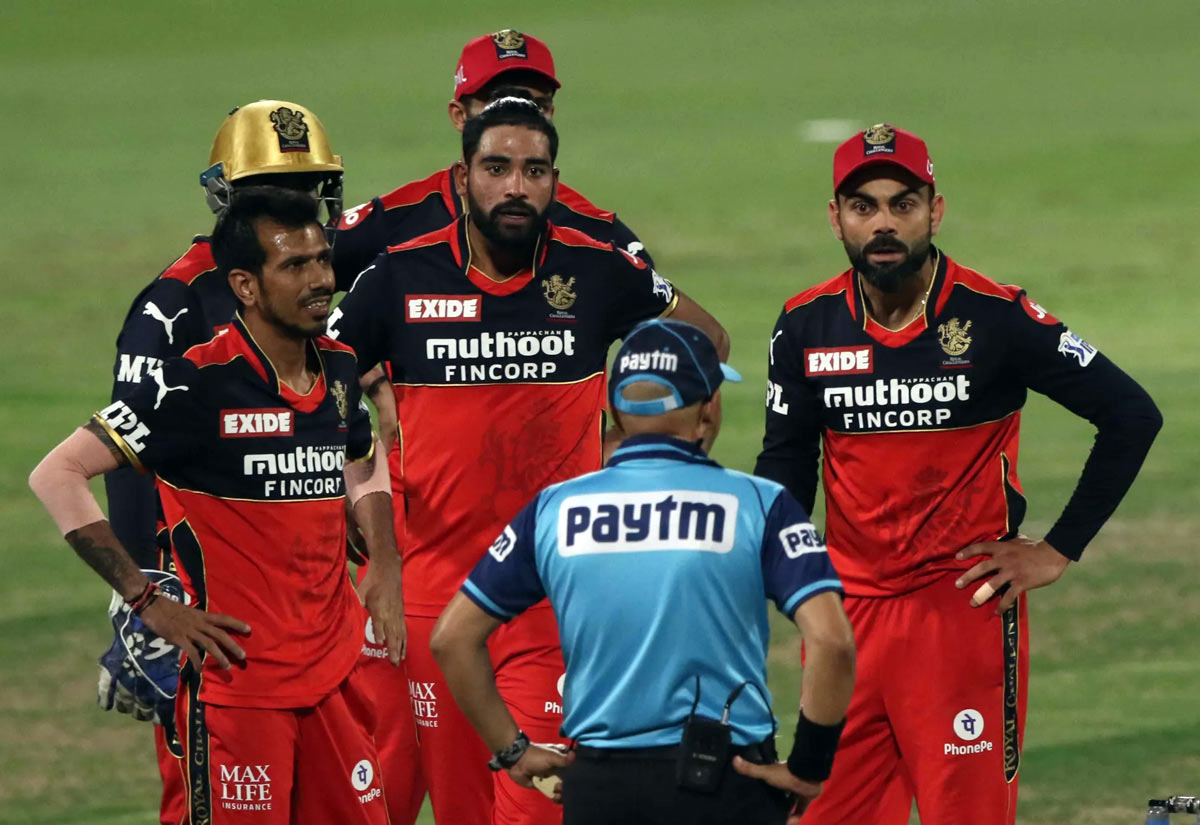 IMAGE: Square leg Umpire Michael Gough rushes in to support his colleague as the RCB skipper gets more animated… 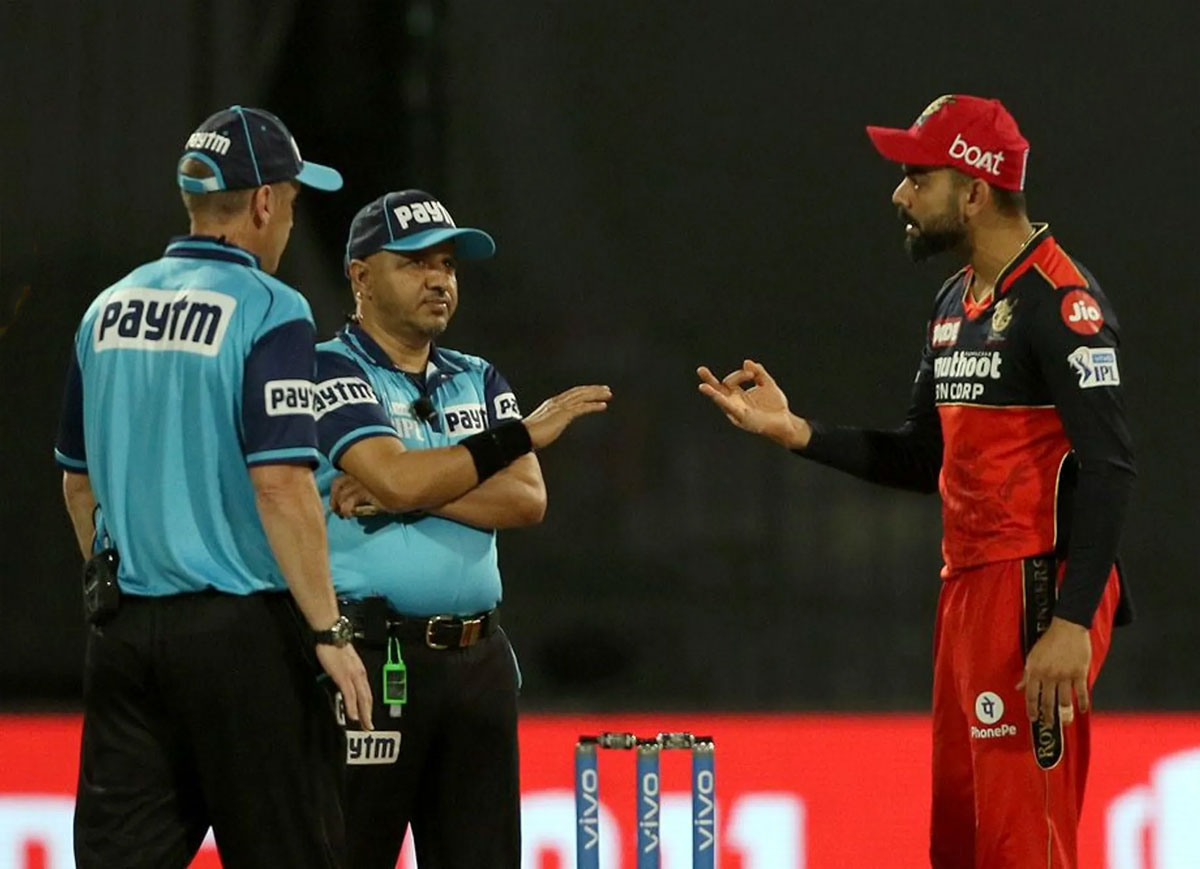 IMAGE: Kohli continue to debate the umpires as the television umpire reviews the footage… 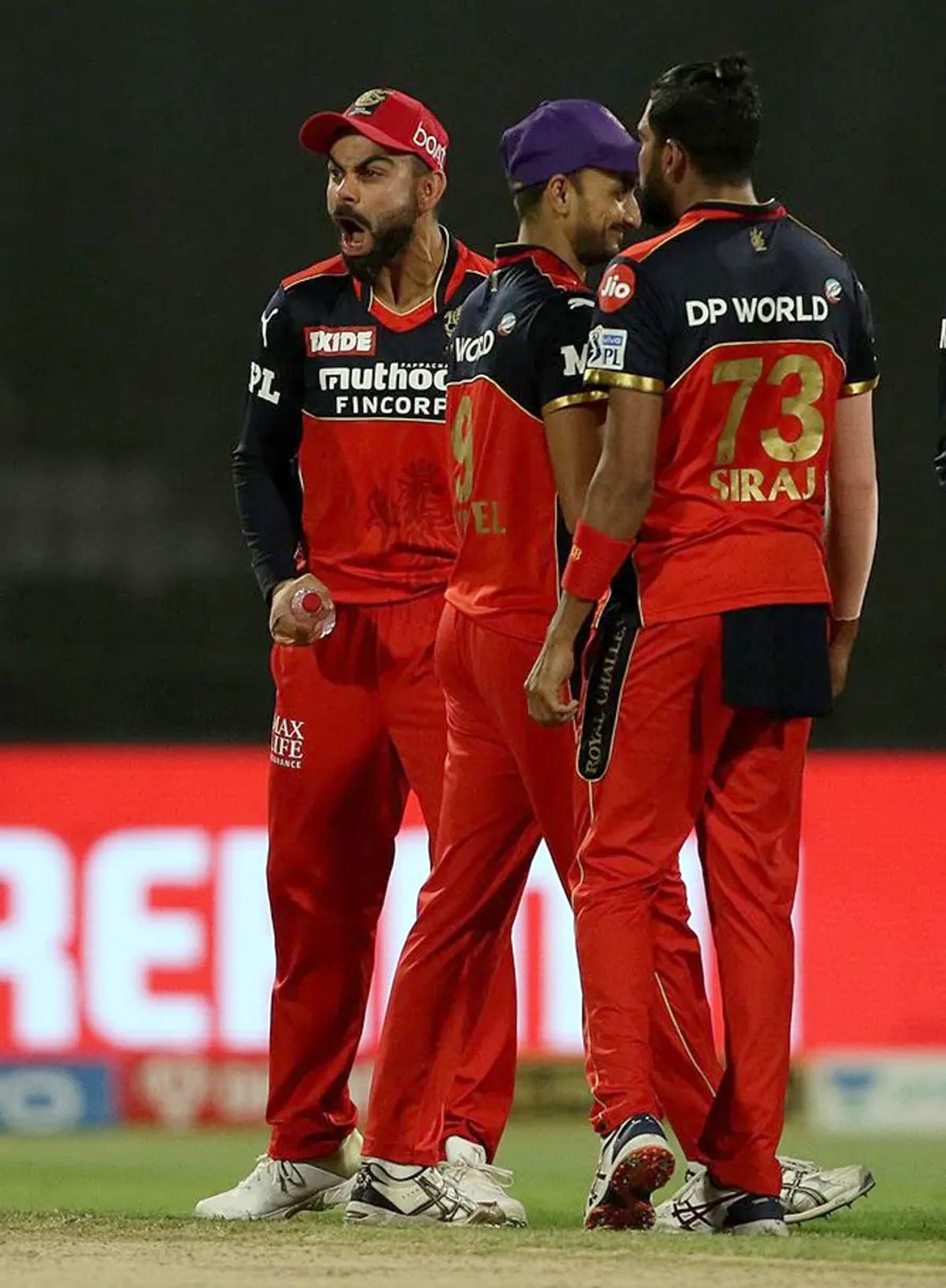 IMAGE: The television umpire over-rules Sharma, Tripathi is on his way to the dug out and Kohli looks triumphant…