Rohit Sharma’s injury withdrawal from the Test series in South Africa has come as a huge blow for India.

Not only did he make a difference with the bat at the top of the order, but his inputs as vice-captain could have also proved vital for the visitors.

India have never won a Test series in South Africa and given the immense pressure Captain Virat Kohli will be under, he could do with a capable vice-captain to ease his burden.

And, in these uncertain times of COVID-19, India will do well identify someone to take over the captaincy incase of any emergency.

Ajinkya Rahane’s poor run with the bat saw him lose the vice-captaincy for South Africa, but with Rohit unavailable he could be back in the reckoning.

Cheteshwar Pujara is another candidate, having taken over the role for the New Zealand series at home, while India could also toy with the idea of trying out bowlers in Ravichandran Ashwin and Jasprit Bumrah.

K L Rahul and Rishabh Pant — who have led IPL teams — are also in the reckoning, with an eye on the future.

A look at the possible vice-captain candidates for the South Africa Tests:

Rahane has suffered a huge dip in form in the last two years, but his record as captain is outstanding.

He did a splendid job in leading India to the series win in Australia in Kohli’s absence as the visitors bounced back in fine style after the debacle in opening Test in Adelaide.

If Rahane can find a place in the playing XI, then the team management doesn’t need to look further than him for the vice-captain’s role considering his experience.

Kohli has enjoyed a good relationship with Rahane over the years, and he would want him back in the role. Senior pro Pujara is one of the pillars of the Indian batting line-up.

If he gets his eye in he is one of the most difficult batsmen to dislodge and will play a key role in South African conditions.

The 92-Test veteran could be in line to take over the vice-captaincy if Rahane is not considered for the role. In Ravindra Jadeja’s absence, Ashwin is likely to start in all the three Tests and given his recent form, he could prove to be a handful for the South African batsmen.

Ashwin, who has taken 427 wickets in 81 Tests, could revel in the role of vice-captain, given that he has experience of leading an IPL team — Kings XI Punjab, now Punjab Kings — for a couple of seasons. 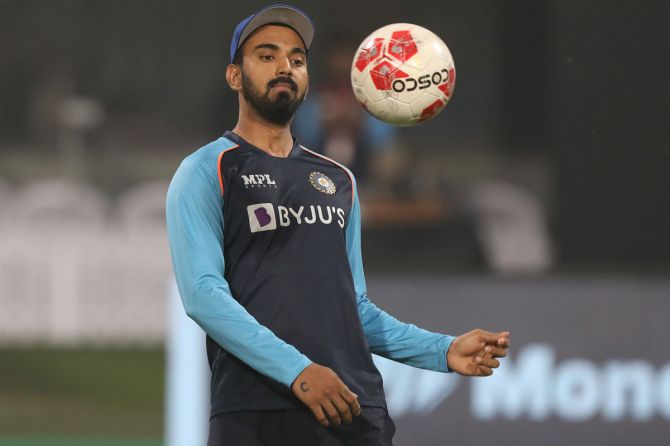 Rahul has been named as Rohit Sharma’s deputy in T20Is for India.

He could take over a similar role in Tests in Rohit’s absence while also shouldering the extra batting responsibility at the top of the innings. Bumrah has emerged as one of India’s best bowlers in recent years.

Bumrah, who has picked 101 wickets in 24 Tests at 22.79, has proved that he has the required temperament to succeed at the highest level.

His ability to stay calm under pressure makes him an ideal candidate to take over the captaincy in the future.

The 28 year old could start off with the role of the vice-captain where his leadership potential can be gauged.

Kapil Dev was the last fast bowler to captain India and in a couple of years, Bumrah could also follow in his footsteps. Pant is another captaincy candidate for India in the future.

He has already taken over the top role for Delhi Capitals in the IPL and has earned praise from some quarters for his leadership skills.

Pant, 24, who played a major role in India’s Test triumph in Australia earlier this year, is India’s preferred wicket-keeper across formats.

Given Mahendra Singh Dhoni’s success as the captain, India could look at Pant doing a similar job in the future.

Make your pick in the poll below for your choice as India’s Test vice-captain: