‘Winning and losing is part of life. Some days you win. Some day we lose.’ 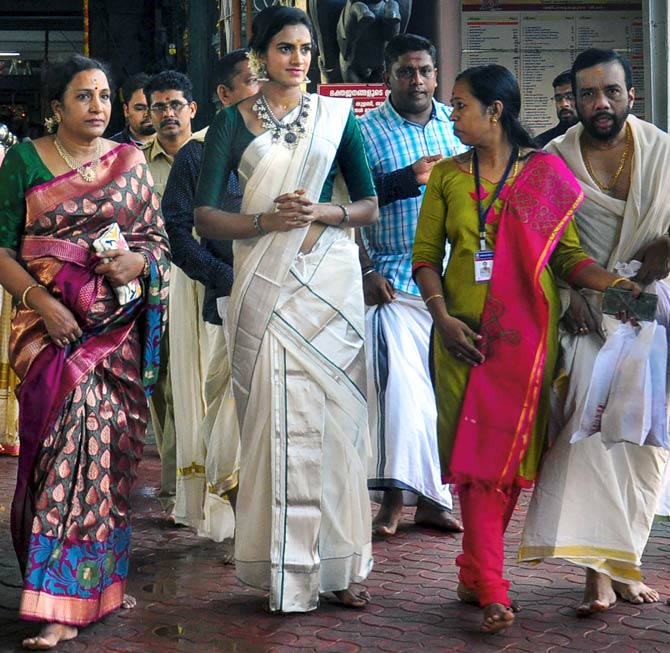 India’s first world badminton champion P V Sindhu said her next aim is to bag the gold medal at the Tokyo Olympics in 2020 and is ready to work hard for the same.

Speaking on the sidelines of a reception accorded to her by the Kerala government and the state Olympic Association in Thiruvananthapuram, the ace shuttler said the upcoming Denmark Open and Paris Open events would be a sort of qualifiers for the quadrennial event.

“Definitely my ultimate aim is to get (Olympics) gold. But it’s not going to be easy. I need to work much more harder. Denmark Open and Paris Open are ahead of the Olympics. So this is the like Olympic qualifiers,” she said.

“Winning and losing is part of life. Some days you win. Some day we lose. But I learnt from my mistakes and hope to do well at the Denmark Open,” she added. 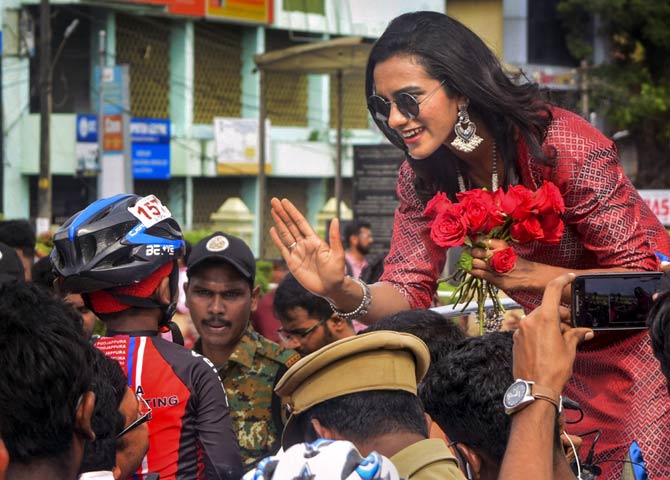 Sindhu narrowly missed winning the gold medal when she lost to Spain’s Carolina Marin in the singles final at the 2016 Olympics in Rio de Janerio.

Earlier in the day, the ace shuttler offered prayers at the famous Lord Padmanabhaswamy shrine and the Attukal Devi temple in Thiruvananthapuram.

She also took part in a colourful roadshow in the city.

The State Olympic Association presented her a cheque for Rs 10 lakh.

Sindhu became the first Indian to bag gold at the World championships in August this year, after beating Japan’s Nozomi Okuhara.