Returning to action after an injury lay-off will be the pair of Satwiksairaj Rankireddy and Chirag Shetty, who became the first men’s pair from the country to win a super 500 event at Thailand Open last month. 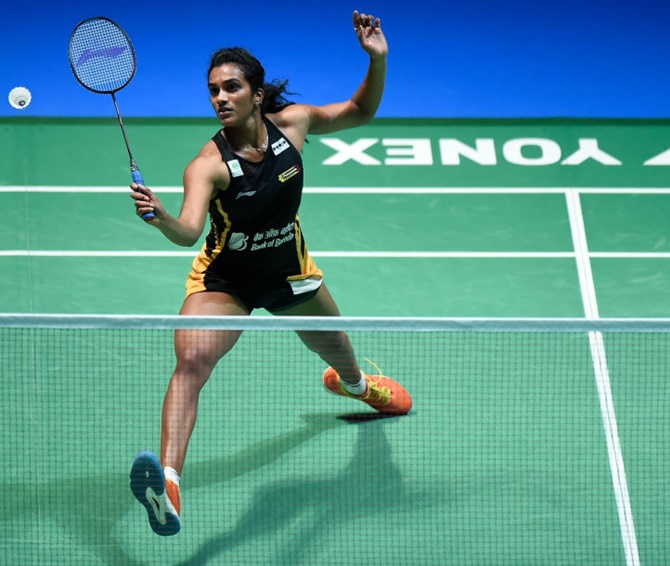 World champion P V Sindhu will look to reassert her supremacy when she spearheads the Indian campaign at the$1,000,000 China Open World Tour Super 1000 tournament, beginning in Changzhou, on Tuesday.

Life after the historic gold has been all about felicitations and the Indian will now have to quickly turn her focus back on badminton as she remains the country’s best bet at the China Open, a title she had won in 2016.

The 24-year-old from Hyderabad will begin her campaign against China’s Li Xuerui, a former Olympic gold medallist and World No 1.

Interestingly, Sindhu had announced her arrival on the international scene when she had stunned the then Olympic champion Li at the China Masters in 2012.

Since then, Sindhu has reached the highest echelons of international badminton, while Li has been dealing with a career-threatening knee injury that she suffered at the Rio Olympics.

The Chinese is currently ranked 20th but has a 3-3 record against Sindhu.

Sindhu had beaten Li at the Indonesia Masters earlier this year and if she can cross the opening hurdle, she is likely to face Canadian Michelle Li, who hasn’t beaten the Indian since 2014.

If everything goes well, then she might be up against China’s third seed and All England champion Chen Yufei in the quarter-final.

World No 8 Saina Nehwal, who had won the Indonesia Masters this year, will also look to put up a good show following her recovery from injuries which bogged her down this season.

The former World No 1 looked good at the World championships before a few controversial umpiring decisions ended her run when she lost to Mia Blichfeldt of Denmark in the second round.

Saina will face Thailand’s Busanan Ongbamrungphan in the opening round and is expected to clash with former World no 1 and her nemesis Tai Tzu Ying of Chinese Taipei in the quarter-finals.

China Open, the last Super 1000 event of the World Tour season, will also see the return of two superstars — Olympic champion and three-time world champion Carolina Marin and 2017 World Champion Viktor Axelsen. Both the bigwigs will be back after recovering from their respective injuries.

The Indian campaign lost a bit of sheen with the withdrawal of Kidambi Srikanth and H S Prannoy.

While Srikanth’s knee injury flared up during the world championships, Prannoy is down with dengue.

All eyes will be on B Sai Praneeth, who ended India’s 36-year wait to become the first Indian male shuttler to claim a medal at the World Championships, as he won the bronze medal.

The talented shuttler will open against Thailand’s Suppanyu Avihingsanon and is likely to face China’s third seed Shi Yu Qi in the second round.

Former Commonwealth Games champion Parupalli Kashyap too will be in the fray, taking on France’s Brice Leverdez in the first round.

Returning to action after an injury lay-off will be the pair of Satwiksairaj Rankireddy and Chirag Shetty, who became the first men’s pair from the country to win a super 500 event at Thailand Open last month.

The duo, who had broken into the top 10, will open against Canadian combination of Jason Anthony Ho-Shue and Nyl Yakura.

In the mixed doubles, Satwik will pair up with Ashwini Ponnappa and meet Praveen Jordan and Melati Daeva Oktavianti, the Indonesian sixth seeds.

The other men’s pair of Manu Attri and B Sumeeth Reddy will square off against the second-seeded Indonesian pair of Mohammad Ahsan and Hendra Setiawan.

Ashwini and N Sikki Reddy, the Commonwealth Game bronze-medallists, will fight it out against the Taiwanese combination of Cheng Chi Ya and Lee Chih Chen in women’s doubles, while Sikki and Pranaav Jerry Chopra will lock horns with Germany’s Mark Lamsfuss and Isabel Herttrich.