Mohanlal-Jeethu Joseph's film 12th Man is said to be a mystery thriller. The actor shared its first poster on Monday. 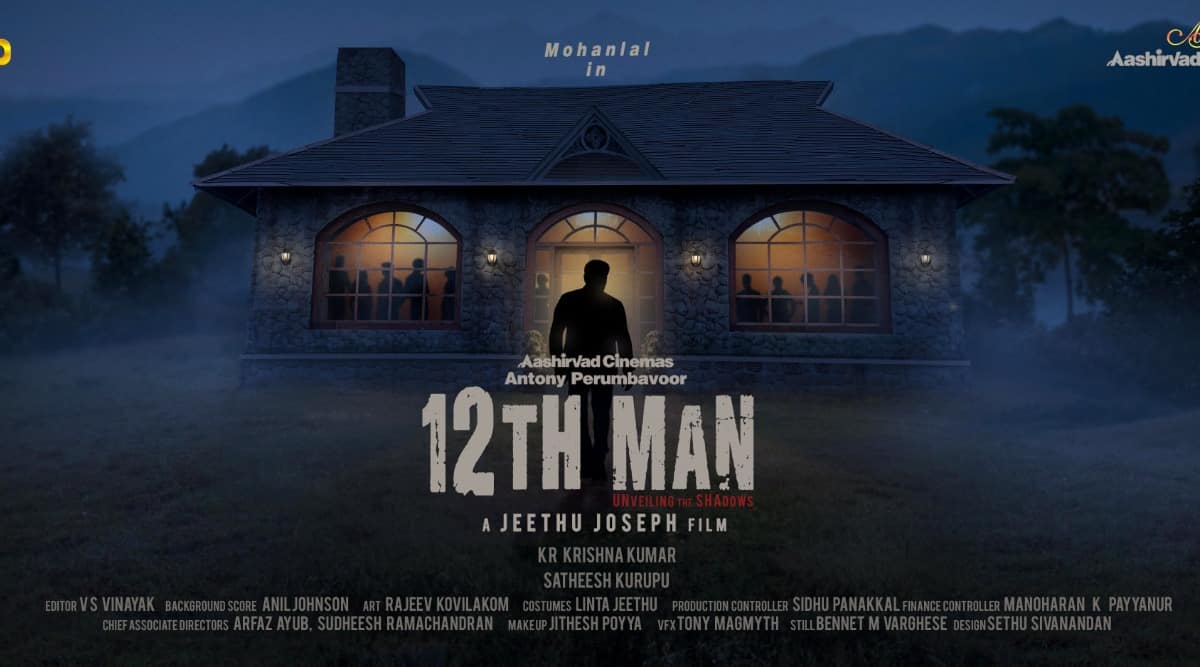 Mohanlal has reunited with Drishyam director Jeethu Joseph for a new project, 12th Man. Taking to social media, the superstar announced the film but didn’t divulge too many details about the mystery thriller.

Posting the first look of the film, Mohanlal wrote, “Happy to announce my upcoming movie ’12th MAN’ with #JeethuJoseph, produced by @antonypbvr under the banner @aashirvadcine.” In the poster, the actor is seen standing in front of a huge mansion amid a field. The image has an eerie mysterious feel to it, which is well suited for the thrilling drama.

Mohanlal and Jeethu Joseph collaborated for the first time in 2013 for Drishyam, and then its sequel, which released earlier this year. They are currently also working on another project titled Ram. As per reports, 12th Man will go on floors only after the completion of Ram.

Apart from these interesting projects, Mohanlal also has Bro Daddy, a film with Prithviraj Sukumaran in the pipeline. It will star Meena, Prithviraj, Kalyani Priyadarshan, Lalu Alex, Murali Gopy, Kaniha, and Soubin Shahir. The Malayalam star recently also announced the release date of his much anticipated Marakkar: Arabhikadalinte Simham. The film will release on August 12 on the occasion of Onam.

Marakkar Arabikadalinte Simham was supposed to release on March 26, 2020, just days before the nationwide lockdown came into effect due to coronavirus. “I was lucky. Just imagine, if I had released the film and the lockdown was imposed one week after that, it would have been a disaster. Thank god that did not happen,” director Priyadarshan told indianexpress.com earlier.