Amitabh Bachchan is set to scale even higher heights in his latest film, Uunchai.

The film tells the story of three friends, who embark on a journey to climb Mount Everest.

Namrata Thakker takes us behind the scenes, and gives us a preview of what’s coming up.

Sharing a scenic picture from the Nepal schedule, Parineeti says daily meditation is her secret. Anupam and Boman pose with their helicopter ride before jetting off to Lukla from Kathmandu. 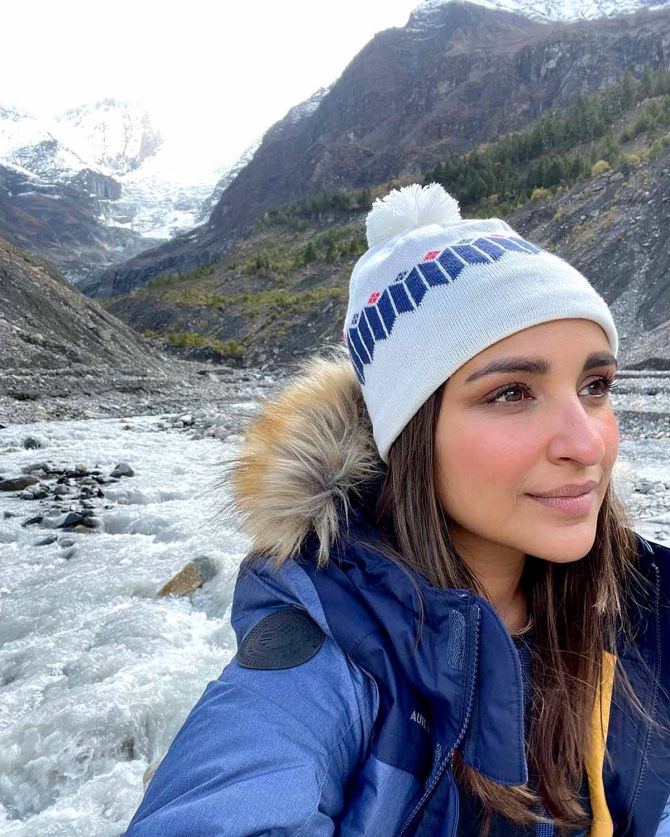 The mandatory sunburnt selfie when you’re shooting in the higher Himalayas. Parineeti and Sooraj Barjatya share a light moment while discussing a scene on location. An adorable memory from the Nepal shoot.

‘Met Lakshmi and Susmita — two bright young girls at the shoot of Uunchai. They were funny, intelligent, charming and superbly interactive. Later Susmita was kind enough to sing a Nepalese song for me. So much to learn from this young generation.’ ‘Kher Saab said some jokes only work lying down. Truth is we were really tired. The relief of lying down was so good… he forgot to crack the joke,’ recalls Boman. Early morning treks are hard, but the view is always worth it. 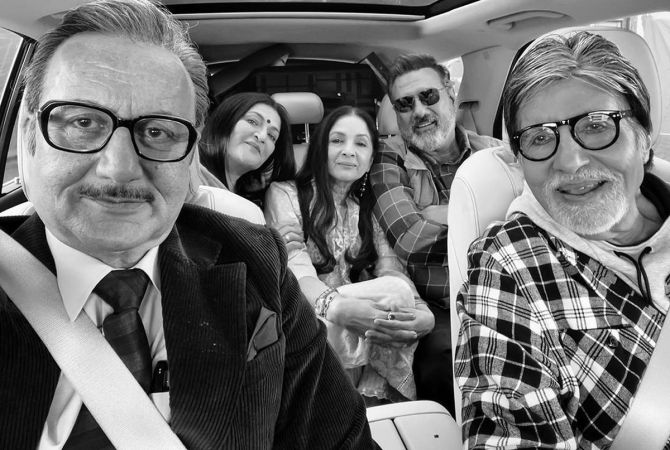 Anupam clicks a car selfie with his fellow passengers. Four acting legends in one frame!

Danny Denzongpa, Big B, Anupam and Boman get clicked together before shooting a song sequence in Madh Island. 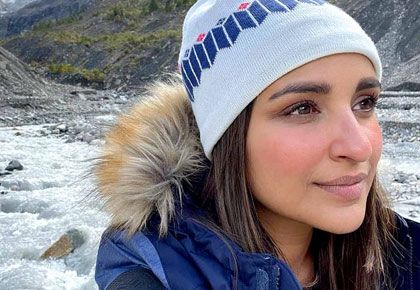