‘But what the hell! Do it because it is brilliant.’

The slick, dark, comedy Delhi Belly turns 10 this July, and sends us on memory lane.

Director Abhinay Deo looks back at his film and tells Rediff.com Contributor Prateek Sur, “If it was being released in today’s times, it would have been far less of a struggle to make it.”

While you were making Delhi Belly did you ever imagine it would be such a success?

Not at all. Honestly, when we started this film, all I had in mind was that this would be a fun-filled movie and we would have a lot of masti on the sets.

But the kind of film it was, we were not even sure whether it would ever see the light of the day, whether the Censor Board would pass it.

We had no thought about its success at that point in time.

Later on, when it became successful, we were obviously very happy.

How did it all start?

Delhi Belly was written by Akshat Verma during his university days. He was studying at UCLA and he started writing this film as a project. It took nine years to write it.

When he came to India, he gave the script to many producers who rejected it.

Finally, he sent it to Aamir Khan.

Kiran Rao read it, and she was laughing all through.

Aamir asked her what she was reading, and she said this was a crazy script.

Then Aamir read it too and he loved it.

Aamir called me and he said that I love your advertising work, but would you be interested in doing this crazy film?

Nothing could have been better than this.

After that, Akshat Verma and I sat together and wrote the final draft, which was the shooting script. 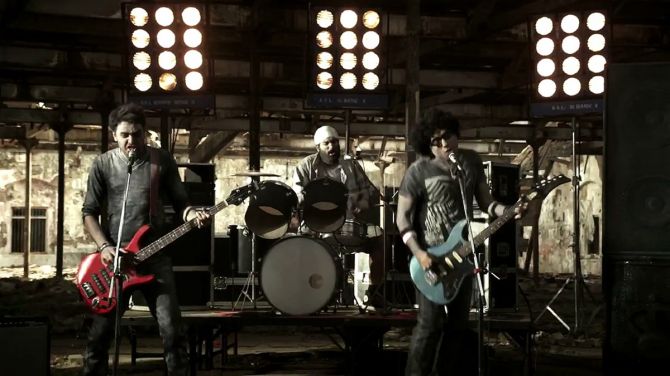 The song Bhaag DK Bose became an anthem and everyone was singing that song. What was your brief to Composer Ram Sampath?

My brief was that I want a great song with a great hook line for a chase sequence because almost all the songs in Delhi Belly were background songs.

Ram came up with some ideas, but I didn’t like them.

It was during a dinner at his studio that Akshat Verma, he and I were just sitting and talking about our school times.

I remember we started discussing how in school, we couldn’t use bad words but we would use words that sounded like them.

Akshat Verma said that during his time in school, DK Bose used to be used and we started laughing about that.

Ram suddenly turned around and said, we might have something here. He said give me one hour and I will come up with a track.

He came up with the DK Bose track a while later.

Then we called up Aamir Khan at midnight, and we told him that he must come and listen to this track because it is path-breaking.

Aamir landed up at the studio, and he had said, ‘My God, you people are going to destroy my career with this, but what the hell! Do it because it is brilliant.’ Maybe. If it was being released in today’s times, it would have been far less of a struggle to make it.

In retrospect, I would also like to believe that Delhi Belly sort of paved the way to a lot of these OTT platforms today.

People are always expecting a sequel to popular movies. Why did you never think of making a Delhi Belly 2?

I think we all thought of it. The rights of the film belong to Aamir Khan, and Akshat Verma needs to write it.

We had already seeded the idea of Part 2 at the end of Delhi Belly, but we never ended up writing it.

I hope the film is still fresh in people’s minds, so I don’t have a problem making it even now. You also directed the television series 24, starring Anil Kapoor. It had numerous seasons when it was made in the West. Why did you stop after two seasons?

No, we have not finished.

Now we are going to go ahead with Season 3.

It is because of the pandemic that we had to kind of put breaks on it. But we expect a few more seasons to come out.

Do you already have a story or script in place for 24 Season 3?

Partly, yes. We started a year-and-a-half back, and then the pandemic hit and put brakes to it. What’s the update on Doosra? It was announced almost two years back…

We genuinely wanted to release it in theatres.

But we stopped due to the pandemic.

Now, we will release it on OTT. Hopefully, it should come out soon.

What apart from Doosra or 24 Season 3 do you have on your plate right now?

There are a bunch of projects.

Ten years after Delhi Belly I have a story that I am going to do on a similar genre… something as crazy as Delhi Belly.

We are writing it.

This is not Akshat writing with me. It is another crazy-enough writer, whom I would not want to name right now.

There are two-three different projects which we are thinking about. I don’t know which one will see the light of day first. 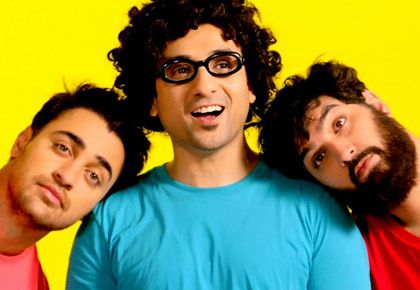